An Athens court found Greece’s neo-Nazi party Golden Dawn was operating as a criminal organization under the guise of a political party after a five-and-a-half year trial, numerous sources reported.

The court ruled that Golden Dawn members had committed crimes including murder, attempted murder, and assault as part of a planned and ordered effort by party leadership, rather than by their own initiative, CNN reported. 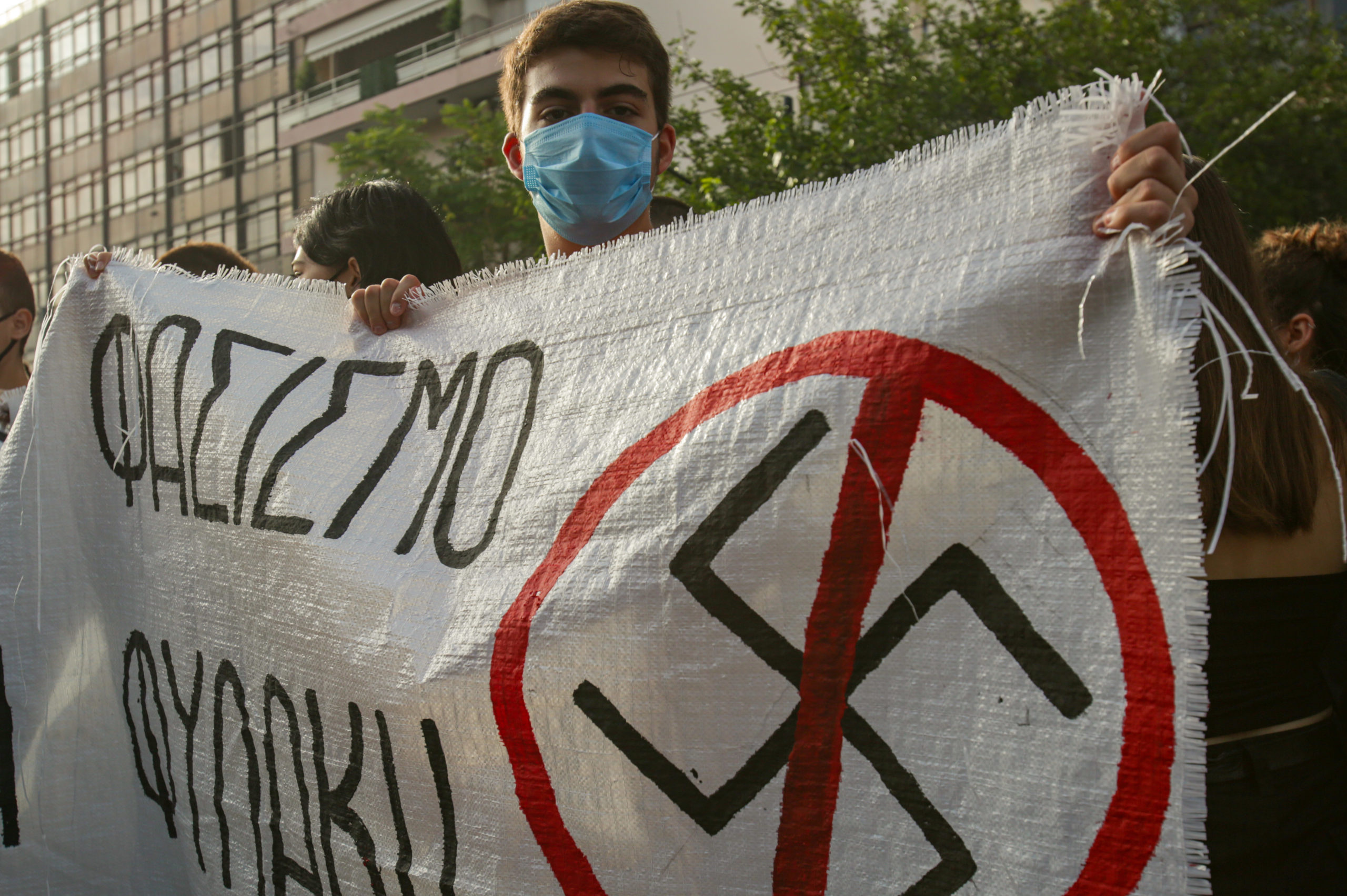 ATHENS, GREECE – OCTOBER 07: Anti-fascist protesters outside the court, where the trial of leaders and members of the Golden Dawn far-right party is taking place on October 7, 2020 in Athens, Greece. After a five-year trial, a Greek court found the Golden Dawn leader Nikos Michaloliakos and six associates guilty of running a criminal group. (Photo by Milos Bicanski/Getty Images)

“(It’s) a truly historic day for Greece, democracy, and the rule of law,” Mitsotakis tweeted following a televised address. “After the Greek people voted the neo-Nazi party of Golden Dawn out of Parliament in the last election, today the Greek justice system convicted its leadership of operating as a criminal organization.”

The Golden Dawn members have denied the charges from the start, claiming that they’re victims of political persecution. Among the evidence collected included photos of recruits at training camps posing with assault weapons and giving Nazi-type salutes, according to CNN.

The trial was four cases combined into one and looked at the 2013 fatal stabbing of Greek rap singer Pavlos Fyssas, physical attacks on Egyptian fishermen in 2012 and on left-wing activists in 2013, and whether Golden Dawn was operating as a criminal organization.

“Today’s landmark ruling against Golden Dawn sends a clear and unequivocal message that hate crimes will no longer be tolerated,” Eva Cosse at Human Rights Watch told the AP. “Victims, survivors, their families and society as a whole have finally seen justice done.”

Golden Dawn’s growing popularity in recent years was directly linked to the Greek financial crisis in 2010, when there was little hope for the country that felt betrayed by its leaders and European peers. The group initially only held .3% of the vote in 2009, but surged to 7% in the 2012 election amid the economic turmoil and mass unemployment, according to CNN.

The party created food coupons, food distribution networks, and later blood banks strictly for “Greeks only” as part of its anti-migrant platform amid the biggest refugee crisis in EU history. Europe’s right-wing parties quickly distanced themselves from Golden Dawn, but attracted people like Andrew Anglin, the editor of The Daily Stormer, a new-Nazi website in the U.S., CNN reported. 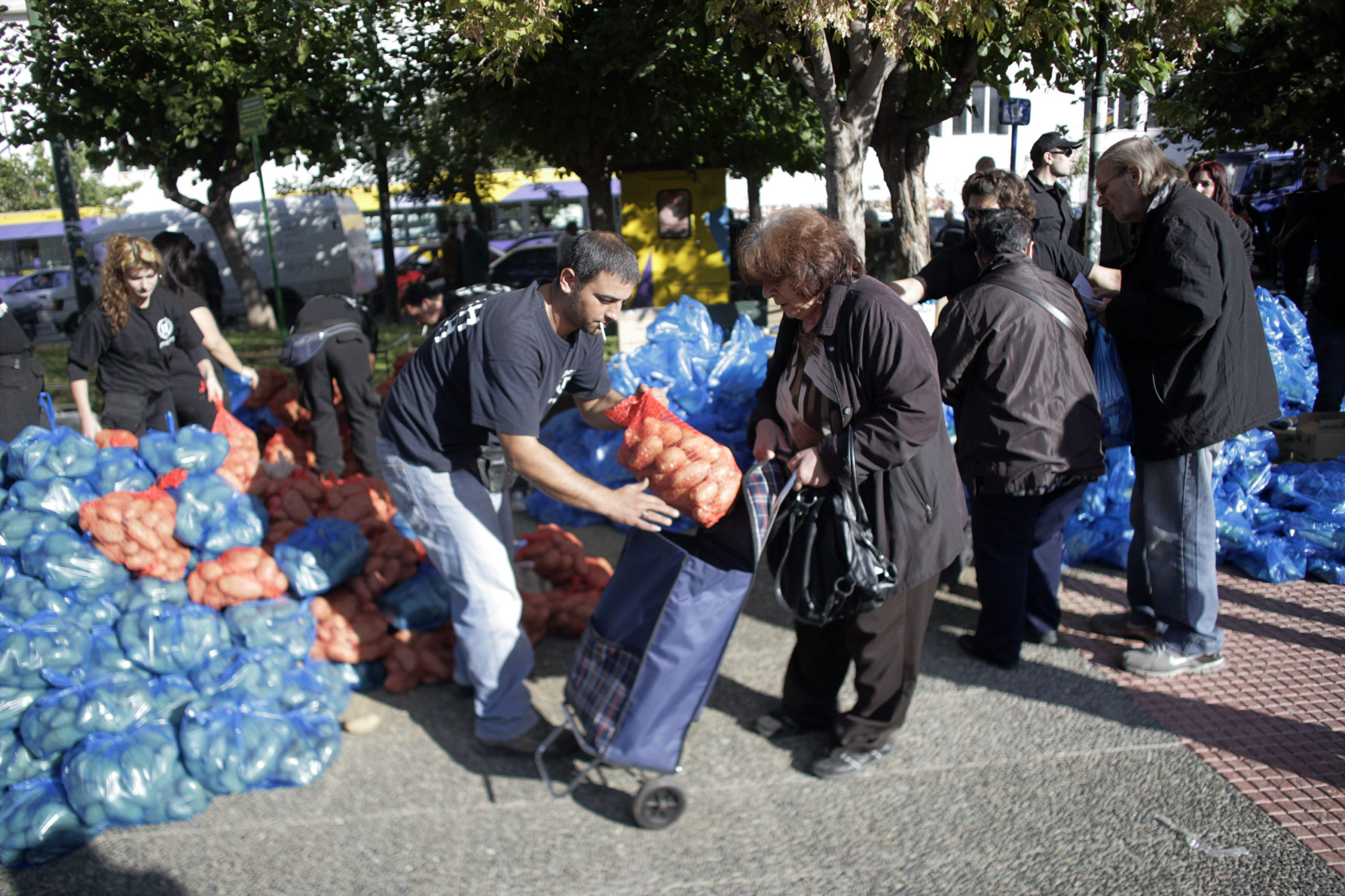 “Golden Dawn’s activities exposed a fissure that exists not just within Greek society, but across Europe and beyond,” Amnesty International’s Europe director, Nils Muiznieks said according to the AP. “Today’s landmark ruling is a recognition of the systemic threat posed to our societies by a violent, racist group and a commitment that this threat must not be allowed to continue.”