Amazon, Apple, Facebook and Google have abused their monopoly power and must undergo significant restructuring, according to a House report released Tuesday.

Lawmakers who wrote the report said the four tech companies had grown into monopolies akin to “oil barons and railroad tycoons” and suggested an overhaul to U.S. antitrust laws, according to The New York Times. The lengthy report, spearheaded by Democratic Reps. Jerrold Nadler and David Cicilline, is the result of a 15-month House Judiciary Committee investigation into the companies collectively known as Big Tech.

“Although these firms have delivered clear benefits to society, the dominance of Amazon, Apple, Facebook, and Google has come at a price,” said Nadler and Cicilline in the foreword of the report, obtained by The Times. (RELATED: EXCLUSIVE: Google Employees Debated Burying Conservative Media In Search)

They continued: “These firms typically run the marketplace while also competing in it — a position that enables them to write one set of rules for others, while they play by another, or to engage in a form of their own private quasi regulation that is unaccountable to anyone but themselves.” 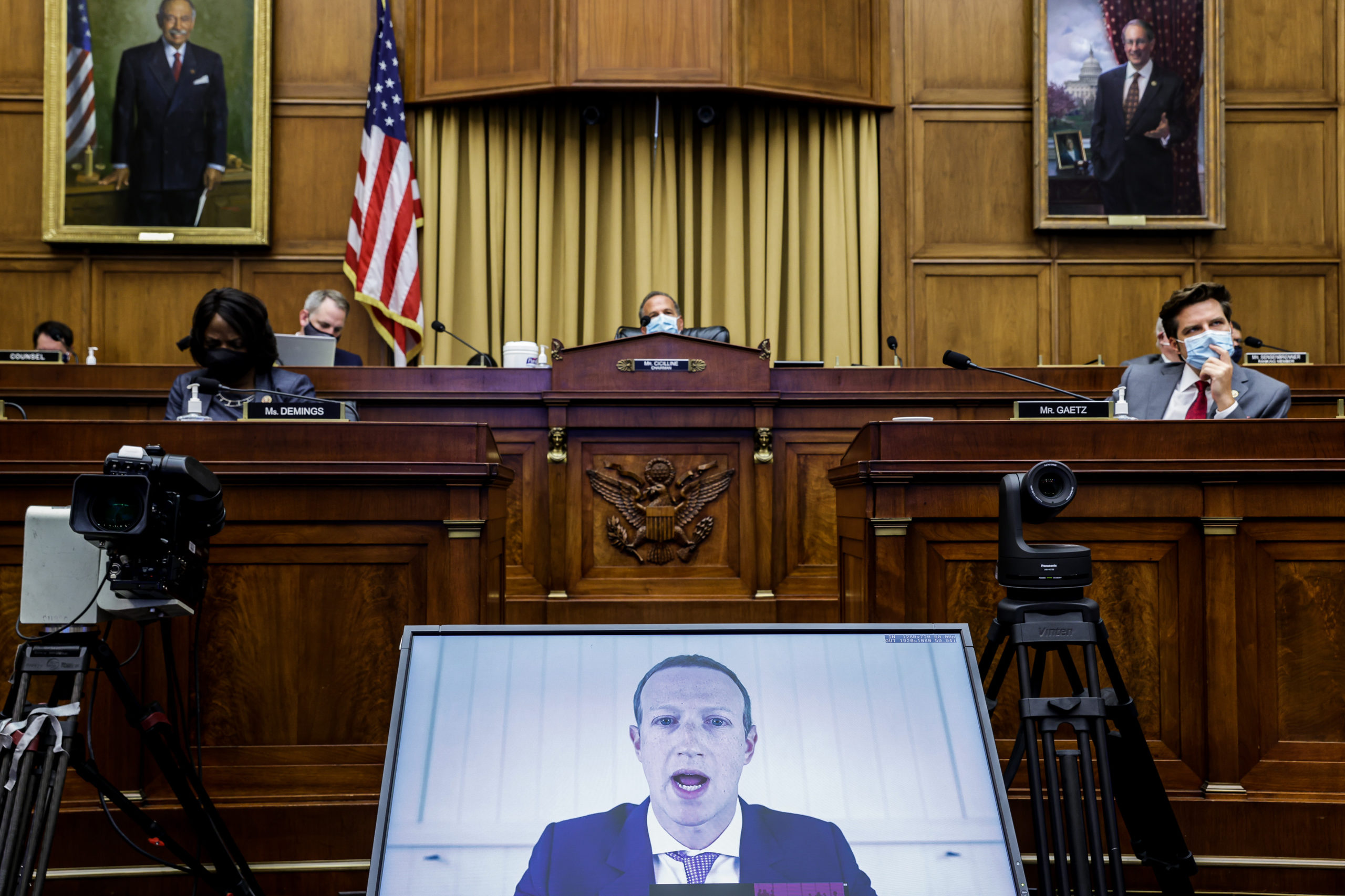 The report represented a partisan divide in the House committee, The Times reported. Although Judiciary Republicans agreed with some proposals laid out by Democrats, they pushed back on federal intervention into private business restructuring.

Democrats suggested breaking up the four tech giants in “structural separations,” according to The Times. Republicans were in favor of increasing funding to antitrust enforcement agencies.

“I agree with about 330 pages of the majority’s report,” Republican Rep. Ken Buck said of the 449-page report, The Times reported. Buck and three other Republicans released a separate report highlighting where they agreed and disagreed with the Democrats’ report.

Republican Ranking Member Jim Jordan called the report “partisan,” according to The Times.

Meanwhile, the companies who were investigated disagreed with the report’s findings, according to The Times.

“Misguided interventions in the free market would kill off independent retailers and punish consumers by forcing small businesses out of popular online stores, raising prices, and reducing consumer choice and convenience,” Amazon said in a statement Tuesday.

Google said it competes “fairly in a fast-moving and highly competitive industry,” in a statement to The Times.

The House Judiciary Committee questioned top executives of Amazon, Apple, Facebook and Google during a hearing in July.

“As I understand our laws, companies aren’t bad just because they are big,” Facebook CEO Mark Zuckerberg said at the hearing. “Many large companies that fail to compete cease to exist.”