The Bureau of Alcohol, Tobacco, Firearms and Explosives in August issued a “cease and desist” order to halt the production of the Honey Badger AR pistol, according to a letter from the bureau that surfaced this week.

The Q LLC Honey Badger pistol, which fires the .300 blackout cartridge, sports a barrel length under 16 inches and uses a pistol arm brace, which traditionally allowed a firearm to be classified as a pistol under ATF guidelines, even though it is visually similar to a rifle, according to the letter.

However, the ATF decided the Honey Badger was not a pistol Aug. 3 and sent Q LLC a notice to cease production.

Pistol classification allows citizens to own rifle-style, compact pistols with short barrels without incurring a $200 tax stamp and registration status with the bureau, according to Silencer Central. 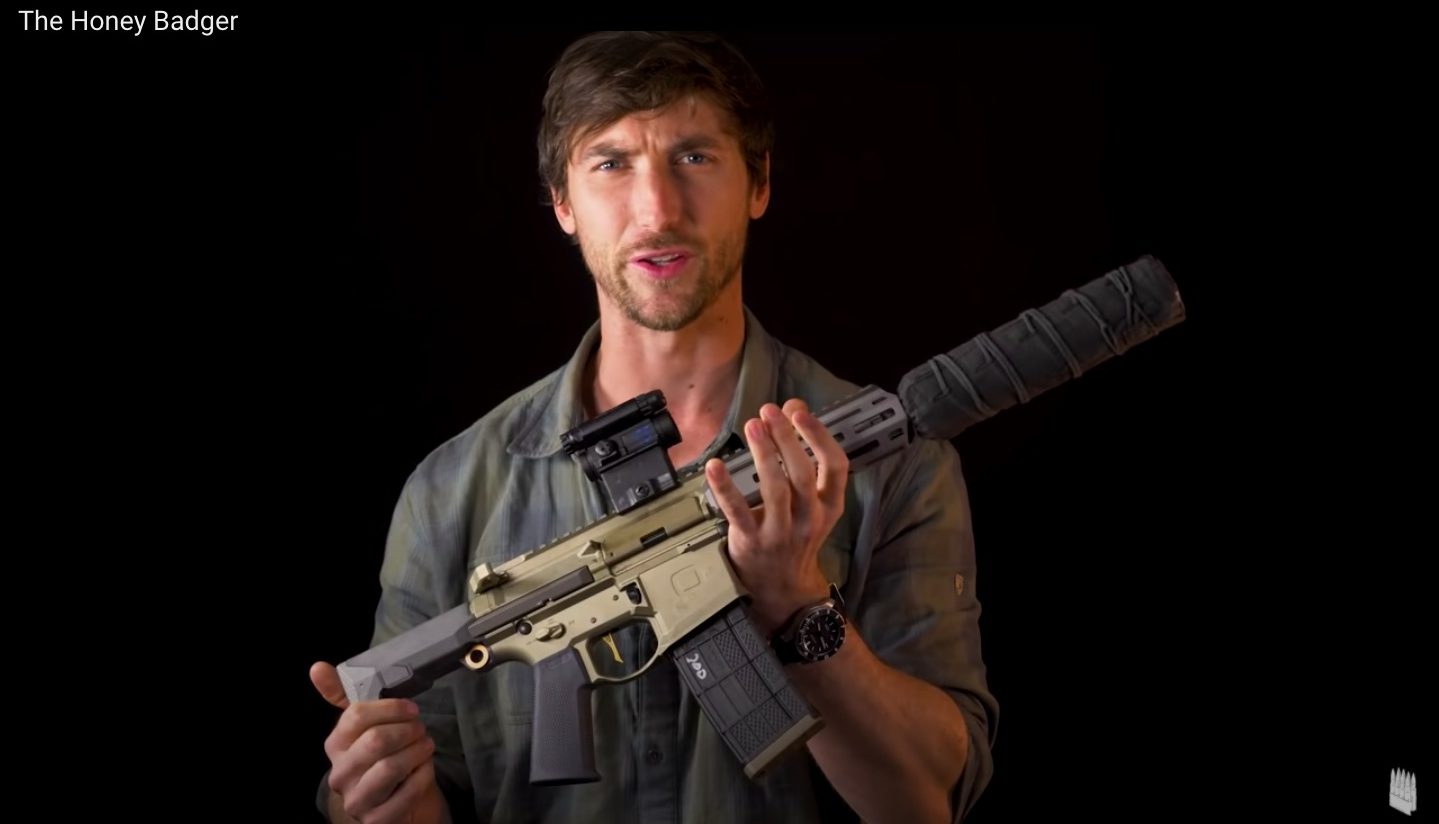 The ATF decided that the Honey Badger was a short barreled rifle (SBR) and not a pistol after countless units were purchased by the public, meaning those that own the weapon in question may be considered felons for possessing unregistered SBRs, the letter read. SBRs are regulated by the National Firearms Act and must be registered before one can claim ownership, according to the ATF.

“In response, Q has ceased all production of the Honey Badger Pistol, and submitted a comprehensive letter to ATF and the Department of Justice (“DOJ”) stating why we disagree with this classification,” the company wrote in an Oct. 6 public announcement.

The ATF determined that the intent of the pistol was to be fired from the shoulder in their Aug. 3 cease and desist letter, which formed the basis of their classification of the weapon as a rifle.

Attorneys for Q responded in a letter Sept. 2, linked in its Oct. 6 announcement, that said “thousands of its customers have always regarded this firearm to be a pistol” and the ATF’s ruling would have far-reaching implications on other companies that produce similar AR-style pistols.

The company said it intends to fight the ruling, but advised it’s customers that may already own a Honey Badger to take steps to disassemble the firearm and either transfer the upper portion either onto a registered SBR lower or a compliant pistol lower or register the lower portion as an SBR until guidance is offered, according to its public letter.

They warned customers that failure to do so may result in up to 10 years imprisonment or a $10,000 fine, the notice read.

Multiple gun groups have come out against the ATF’s decision.

“Once again, gun owners, manufacturers, and dealers are subject to the whims of the anti-gun bureaucrats who run the Bureau of Alcohol, Tobacco, Firearms, and Explosives (ATF),” the Gun Owners of America said in a statement on their webpage.

“ATF’s new interpretation regarding the Q, LLC Honey Badger Pistol has created uncertainty for all gun owners, manufacturers and dealers,” the group continued. “This is a relatively simple issue that ATF has complicated.”

The Firearms Policy Coalition, another prominent pro-Second Amendment group, has decried the ruling as well.

“ATF has once again unlawfully and unconstitutionally exceeded its authority and changed the law by issuing a new determination that is devoid of logic and reason, contains no explanation as to the manner in which it arrived at its conclusion, conflicts with its prior determinations, and embodies the very essence of ‘arbitrary and capricious,'” the organization wrote.

Gaetz and the ATF did not immediately respond to a request for comment from the DCNF at the time of publishing.