Former Vice President Joe Biden again refused to say whether he will pack the Supreme Court Thursday, saying that media will find out where he stands on packing the court “when the election is over.”

“You’ll know my opinion on court-packing when the election is over,” he told reporters Thursday. (RELATED: ‘Forcing Others To Give Birth’: Ilhan Omar, Ocasio-Cortez Defend Abortion After Mike Pence Says He ‘Won’t Apologize’ For Being Pro-Life)

“It’s a great question, and I don’t blame you for asking,” he continued, “but you know the moment I answer that question, the headline in every one of your papers will be about that, other than focusing on what’s happening now. The election has begun. There has never been a court appointment once an election has begun.”

“You’ll know my opinion on court packing when the election is over.” pic.twitter.com/uYEXZHHAp1

The 2020 presidential candidate made these comments following the Wednesday night vice presidential debate where Vice President Mike Pence pushed Democratic California Sen. Kamala Harris to address whether the Biden administration would support adding justices to the Supreme Court if they win the election. Harris repeatedly dodged answering the question. 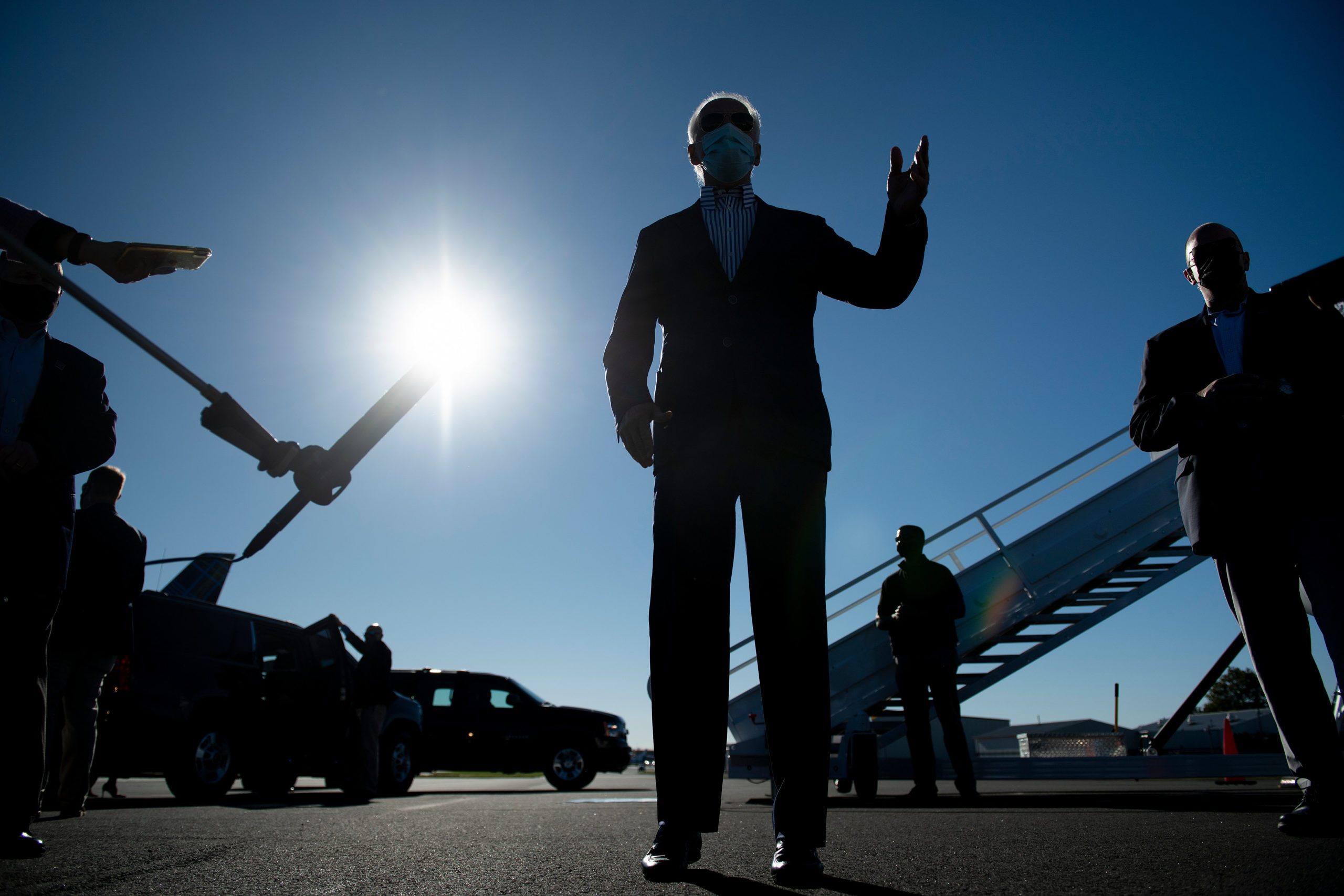 “American people would really like to know, if she is confirmed, are you and Joe Biden, if somehow you win this election, going to pack the Supreme Court to get your way,” Pence asked.

Harris responded by saying that Americans deserve to decide “who will serve for a lifetime.”

“Joe and I are very clear the American people are voting right now, and it should be their decision about who will serve on this most important body for a lifetime,” she said.

“I sit on the Judiciary Committee,” she said. “I have witnessed the lifetime appointments to the federal courts, the district courts, the courts of appeal, people who are purely ideological, people who have been reviewed by legal professional organizations and found to have been not competent or substandard.”

“Do you know that of the 50 people who President Trump appointed to the court of appeals for lifetime appointments, not one is black?” she continued. “This is what they’ve been doing. You want to talk about packing the court? Let’s have that discussion.”