People of Praise Communications Director Sean Connolly told the Daily Caller News Foundation that many People of Praise members choose to make a permanent commitment called a covenant “after a multi-year period of prayer and discernment.”

“The covenant of the People of Praise is a promise of love and service we choose to make to one another,” he said. “The covenant is not an oath or a vow. Our covenant is a commitment to be there for one another for the long run, to support one another through thick and thin, through all of life’s seasons. Of course, we understand that God can always call a person to another way of life.”

Media outlets have called this covenant a “vow” in stories about Supreme Court nominee Barrett’s Catholic faith suggesting that the group is extreme and worthy of scrutiny. Some media outlets also falsely reported that People of Praise inspired Margaret Atwood’s “The Handmaid’s Tale” before issuing retractions and corrections.

Democratic California Sen. Dianne Feinstein and other Democratic lawmakers questioned Barrett minutely about her Catholic faith in 2017, suggesting that Barrett’s views may make her unfit to serve on the Supreme Court. Feinstein refused in late September to address whether she would question Barrett in this way again, saying, “I’m not going to go there,” and adding, “Let’s wait until she’s nominated.”

The People of Praise covenant may be brought up during these hearings next week, the Guardian suggested Tuesday. 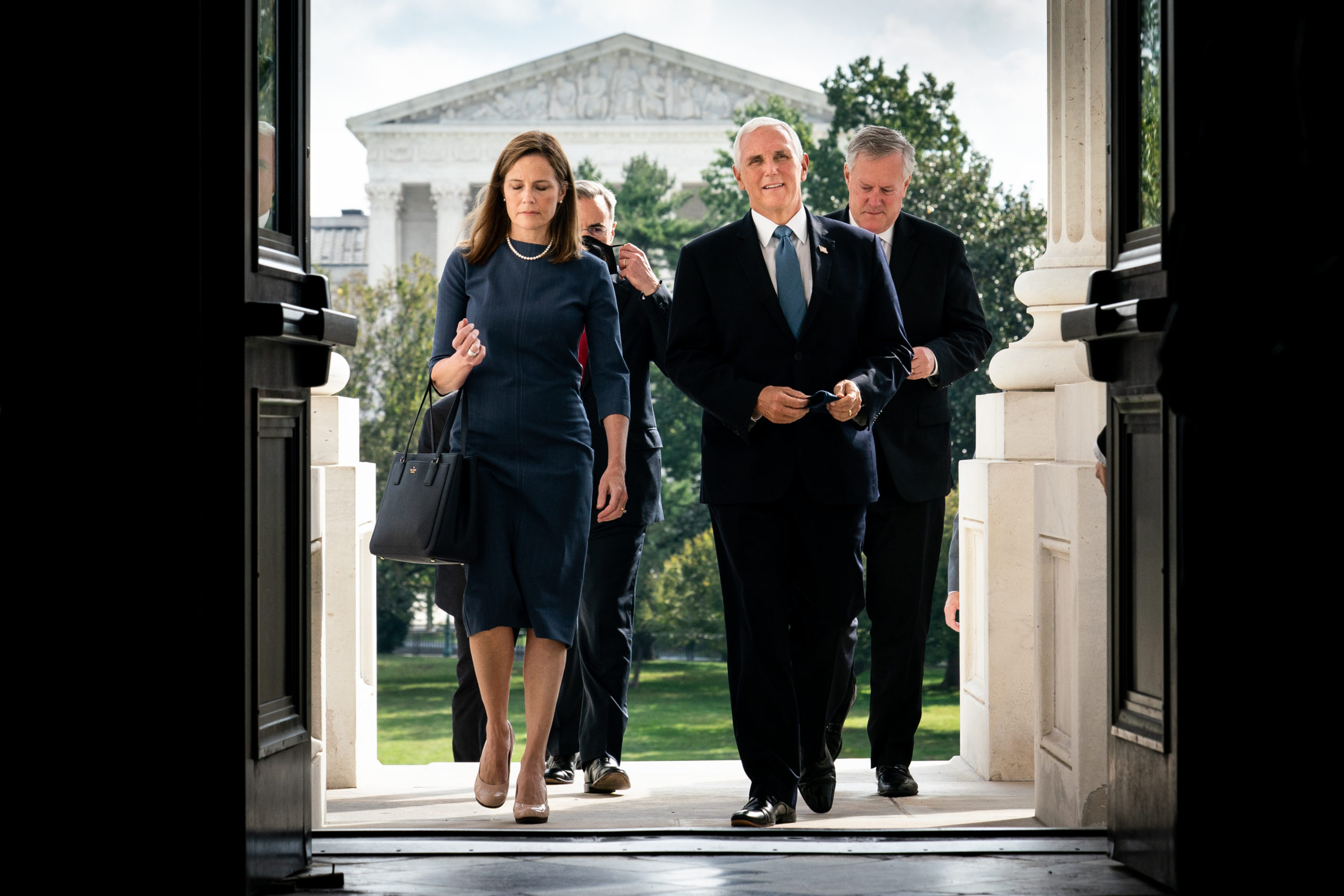 “The Senate Judiciary Committee should be prepared to ask to examine any covenant — a solemn contract binding before God — that she signed in the course of becoming a full member of People of Praise,” Villanova professor Massimo Faggioli wrote in a Politico op-ed. “Doing so will protect, not erode, America’s foundational value of religious liberty.

Connolly provided the DCNF with a copy of the covenant, in which People of Praise members commit to meeting weekly, to serve “one another and the community as a whole in all needs,” and to “obey the direction of the Holy Spirit.”

Full text of the People of Praise covenant:

We covenant ourselves to live our lives together in Christ our Lord, by the power of his Spirit. We agree to become a Christian community, to find within our fellowship the essential core of our life in the Spirit: in worship and the sacraments, spiritual and moral guidance, service and apostolic activity. We accept the order of this community which the Lord is establishing with all the ministry gifts of the Holy Spirit, especially with the foundational ministry gifts of apostles, pastors, prophets, teachers and evangelists. We agree to obey the direction of the Holy Spirit manifested in and through these ministries in full harmony with the church. We recognize in the covenant a unique relationship one to another and between the individual and the community. We accept the responsibility for mutual care, concern and ministry among ourselves. We will serve one another and the community as a whole in all needs: spiritual, material, financial. We agree that the weekly meeting of the community is primary among our commitments and that we will not be absent except for a serious reason.

Connolly told the DCNF that the Associated Press reported that the covenant was a 1,500 word document. The People of Praise communications director guessed that the publication confused “an article on our website about our covenant with the covenant itself.”

“Our covenant is in fact quite short,” he said. (RELATED: ‘Kavanaugh Sleaze Machine Is Back’ — Conservatives Slam WaPo Story Calling Amy Coney Barrett A Handmaid)

Connolly did not address whether Barrett has made the covenant.

“Like many religious communities, People of Praise leaves it up to its members to decide whether to publicly disclose their involvement in our community,” he told the DCNF regarding the Supreme Court nominee.

Republican lawmakers and conservatives have defended Barrett, criticizing insinuations that her relationship with People of Praise makes her unfit to serve on the Supreme Court.

Conservatives pointed out that a Washington Post story continued to attach negative meaning to People of Praise’s use of the word “handmaid,” a biblical word that has been used in religious contexts to describe women for thousands of years.

A story in The Guardian Tuesday examined where Barrett resided during law school at the University of Notre Dame — a large South Bend, Indiana, home owned at the time by People of Praise co-founder Kevin Ranaghan. The Guardian called its discovery of Barrett’s law school residence a “revelation” that offers “new clues” about People of Praise’s “possible influence” on Barrett.

“The Democrats and their liberal allies think Judge Barrett is ‘too Christian’ or ‘the wrong kind of Christian’ to be a good judge,” she added. “That is rank bigotry, and it has no place in our country.”