Department of Agriculture Sec. Sonny Perdue violated the law when he campaigned for President Donald Trump in August, a federal watchdog concluded.

The Office of Special Counsel (OSC), an independent federal investigative agency, wrote a letter to Sec. Sonny Perdue Thursday notifying him that he violated the Hatch Act of 1939, which limits the political activity of federal employees.

The OSC’s investigation was initiated following a complaint from Citizens for Responsibility and Ethics (CREW), a liberal watchdog group.

“OSC has concluded that Secretary Perdue violated the Hatch Act,” the letter said. “Because he was on taxpayer-funded travel when he engaged in the political activity at issue, the U.S. Treasury must be reimbursed for the costs associated with his political activity.” (RELATED: ‘Go Read The Hatch Act’: Kayleigh McEnany Fires Back At Reporter’s Question On ‘Campaign’ Rose Garden Speech)

Perdue visited Mills River, North Carolina with President Donald Trump on Aug. 24 to visit the site of a Farmers to Families Food Box program, the Associated Press reported at the time.

The program, which is sponsored by the Department of Agriculture (USDA), was created to provide assistance to farmers and families affected by the coronavirus pandemic. However, in his official capacity as USDA secretary, Perdue seemingly endorsed Trump’s re-election bid, according to the OSC letter. 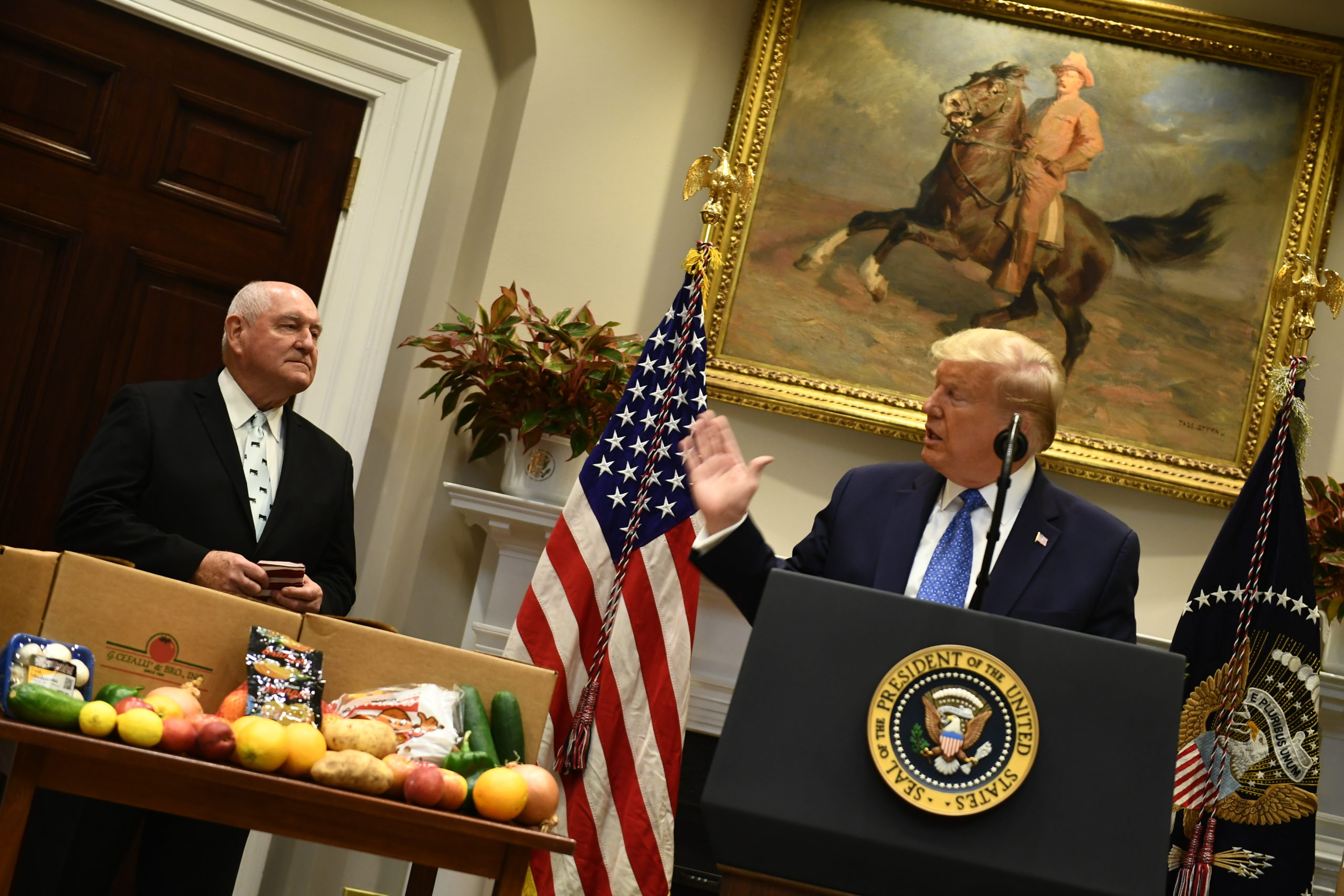 “Mr. President, as you saw those throngs of people lining both sides of the road from the airport all the way to Mills River here, those were a part of those forgotten people that voted for you for 2016,” Perdue said, according to the OSC. “And I’ve got better news for you: They and many others are going to vote for you for four more years in 2020.”

The USDA said that Perdue never directed or encouraged the crowd to vote for Trump, according to a statement given to OSC. Rather, Perdue “predicted future behavior” based on Trump’s policies, the USDA argued. (RELATED: Sec Sonny Perdue Pushes Back On ‘Sensational Reporting’ Of Food Inspections Being Stopped)

“Misusing the federal government to help keep the president in power seriously undermines democracy,” said Noah Bookbinder, executive director of CREW, in a statement Thursday. “This administration has shown its lack of concern about these anti-democratic abuses, but it’s a good thing the Office of Special Counsel still values upholding this important law.”

White House Chief of Staff Mark Meadows has dismissed Hatch Act violation accusations in the past. He told Politico that “nobody outside of the Beltway really cares” about such violations following the August Republican National Convention.