U.S. Federal Judge Mark E. Walker denied a motion Friday morning to extend voter registration in Florida despite a computer malfunction Monday that might have prevented thousands of voters from registering to vote in November.

Walker called his decision “an incredibly close call” but ultimately decided that “the state’s interest in preventing chaos in its already precarious – and perennially chaotic – election outweighs the substantial burden imposed on the right to vote,” according to the Associated Press (AP).

Servers crashed on Monday, the final day of voter registration. Republican state Gov. Ron DeSantis and Secretary of State Laurel Lee extended registration for seven hours on Tuesday to make up for any lost time. Voting rights groups have reportedly brought a lawsuit demanding two more days for Floridians to register to vote.

Walker criticized Lee’s “cure” for the issue, noting she didn’t notify the public until after noon that the deadline was extended, per the same report.

“This left less than seven hours for potential voters to somehow become aware of the news and ensure that they properly submitted their voter registration applications, all while also participating in their normal workday, school, family, and caregiving responsibilities.” (RELATED: More Than 35,000 Ballots Uncounted In Florida) 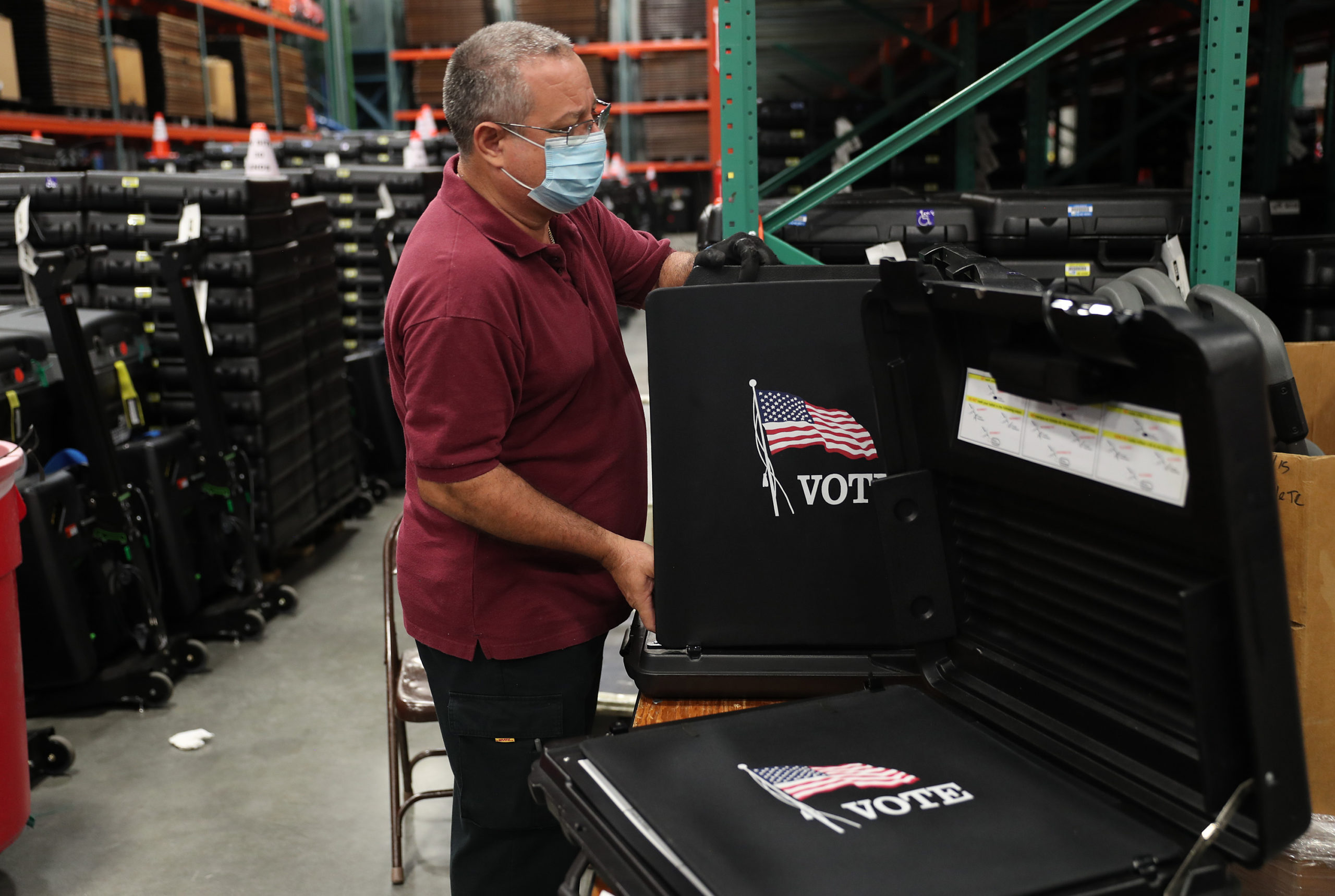 DORAL, FLORIDA – OCT. 01: A worker at the Miami-Dade County Election Department prepares a voting booth to be used in the general election on Oct. 01, 2020 in Doral, Florida. The Miami-Dade County Elections Department mailed out via the U.S. Post Office more than 530,000 vote-by-mail ballots to voters with a request on file for the Nov. 3, 2020 General Election. (Photo by Joe Raedle/Getty Images)

“With the public sounding the alarm, the Secretary of State decided to implement a half measure,” Walker wrote, according to the AP. “She hastily and briefly extended the registration period and ordered Florida’s supervisors of election to accept applications submitted by the Secretary’s new ‘book closing’ deadline.”

Ultimately, Walker ruled that “preventing chaos” outweighed the fact that thousands of voters possibly did not get to register.

“This case is about how a state failed its citizens. In this case, potential voters attempted to perform their civic duty, to exercise their fundamental right, only to be thwarted, once again, by a state that is seemingly never prepared for an election.”

Walker referenced the fact that during the 2018 midterms, Florida’s voting registration system experienced difficulties as well, per the AP.

“Notwithstanding the fact that cinemas across the country remain closed, somehow, I feel like I’ve seen this movie before,” Walker wrote. “Just shy of a month from Election Day, with the earliest mail-in ballots beginning to be counted, Florida has done it again.”

Data filed by the state shows 50,000 people registered during Tuesday’s extension, and that Walker said based on previous trends, another 20,000 people might have registered to vote if they had access, according to WKMG.