Karen Pence’s office hit back over criticism about her not being seen wearing a mask on stage at the end of the Vice Presidential debate.

“Second Lady Karen followed an agreement established between both campaigns prior to the debate,” Kara Brooks, the communications director for the second lady, shared in a statement obtained by Fox News in a piece published Friday.

“Both sides agreed that the spouses would remove their masks when they walked onto the stage at the end of the debate,” the statement added. (RELATED: Pence, Harris Both Deflect When Asked About How They’d Replace Their Historically Old Bosses If Necessary) 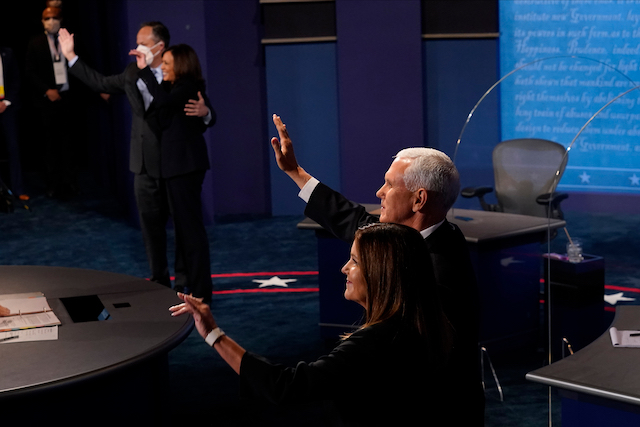 It comes following a report by The Hill that the President Donald Trump’s administration was accused of not following the rules after the second lady was seen without a mask greeting her husband at the close of the debate held in Salt Lake City, Utah. (RELATED: ‘Sh*t Show’ — Fox News’ Chris Wallace Completely Loses Control Of Trump, Biden In First Debate) 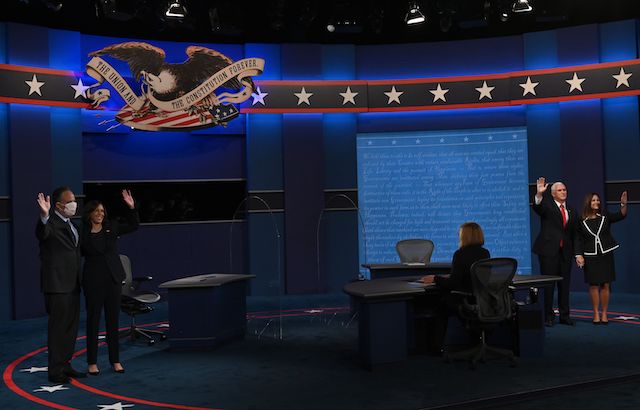 A guest of Harris’, Utah state Democratic representative Angela Romero, called out Pence for taking off her mask at the end of debate after she was spotted wearing one while she was in the audience during the showdown.