President Donald Trump staged an appearance on the White House balcony Oct. 5 following his release from the Walter Reed Military Medical Center that had his political rivals and the establishment press fuming.

An MSNBC commentator referred to the sight as a “Mussolini moment” and Democrats slammed the president’s optimistic message following his release as cavalier, The New York Times reported. Trump and First Lady Melania Trump tested positive for the coronavirus Oct. 2 but the White House is set to host an in-person event Saturday, the first since the cases were reported.

White House physician Sean Conley announced in a memo Thursday that he expects to clear Trump to resume his normal activities barring any unforeseen complications. Here’s why this return to normalcy, insofar as the proper measures are taken, is important for the Trump administration amid a level of uncertainty that surrounds the coronavirus pandemic.

Domestic and global markets plummeted after Trump tweeted that he and the First Lady had tested positive for the coronavirus, The New York Daily News reported. Future contracts for the S&P 500 and the Dow industrials fell 1.6% and 1.5% respectively Oct. 2 morning. The price of oil dropped almost 4% as well.

Tonight, @FLOTUS and I tested positive for COVID-19. We will begin our quarantine and recovery process immediately. We will get through this TOGETHER!

The negative reaction from Wall Street was short lived and stocks clawed back much of the losses earlier in the morning, KARE reported. The S&P 500 initially slumped but was able to cut its loss to 0.5% by the afternoon. The Dow Jones Industrial Average also swung from a 433-point loss Oct. 2 morning to a roughly 44-point gain by the end of the day.

Thorpe Abbotts Capital chief executive Jeff Henriksen told CNBC that the positive test indicated the potential of going into a second wave. “President Trump getting this really highlights that in a way that I think it will focus attention back on the virus and the effects it will have,” he said.

The negative market reaction to Trump’s positive test highlighted how instability could jeopardize the financial system. A return to normal at the White House would minimize that instability and other risks that could impact the financial security of the American people. 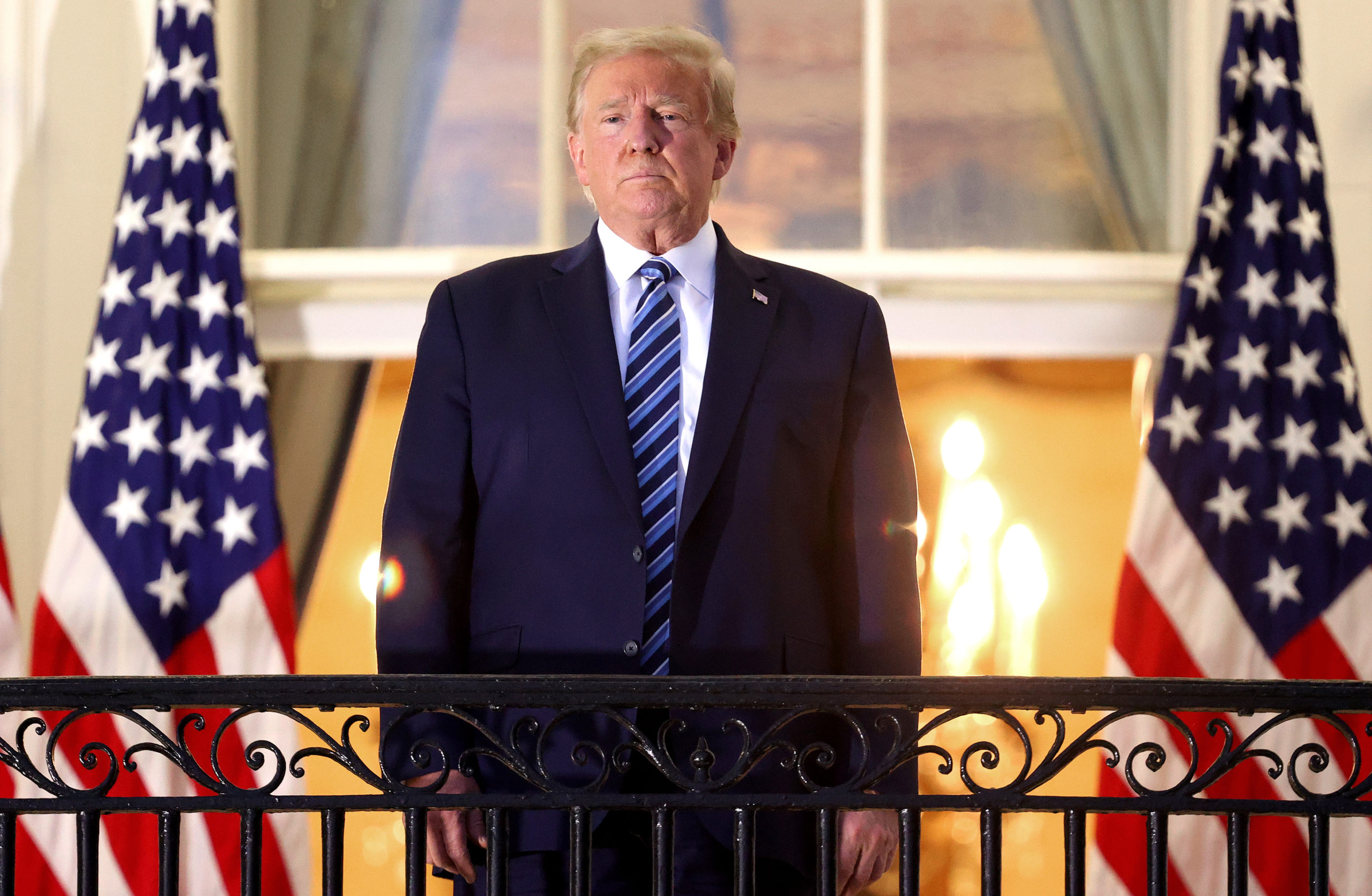 The U.S. is the most infected country in the world, with more than 7.65 million cases and roughly 213,000 reported deaths, according to the Johns Hopkins Coronavirus Research Center. Even in a very partisan political environment, it may provide reassurances that both the president and the American people can overcome the coronavirus.

Presidents in the past have also faced similar challenges and were able to rally the people around a united cause. President George Washington faced multiple illnesses during his term but still carried on his role as America’s first president. President Woodrow Wilson was infected with the flu during the 1918 influenza pandemic but the nation still pulled through.

Polling data from Morning Consult found that the most common response from Americans following Trump’s positive test was surprise and worry. If Trump is able to resume his duties as normal, it may be an important step in relieving some of those concerns.

Trump’s positive coronavirus test led to a number of different reactions around the world. Leaders from American allies, like Prime Minister Narendra Modi of India and Prime Minister Benjamin Netanyahu of Israel, sent their best wishes. British Prime Minister Boris Johnson, who battled the virus in March, offered a similar statement of support.

My best wishes to President Trump and the First Lady. Hope they both have a speedy recovery from coronavirus.

But in China, the country where the coronavirus originated from, the response was less than comforting. “President Trump and the first lady have paid the price for his gamble to play down the COVID-19,” Hu Xijin, the editor in chief of the state-backed Global Times, said in a now deleted tweet.

Chinese foreign ministry spokeswoman Hua Chunying said in a tweet “saddened” to learn of the situation. But some China experts say that Trump’s positive test creates a number of “volatilities and variables” that Beijing could use to its advantage, according to The Washington Post. A return to normalcy could allow Trump to project strength and deter Chinese aggression.

Saddened to learn #President and the #FirstLady of the #US tested positive. Hope they both have a speedy recovery and will be fine.

Military tensions between China and Taiwan in particular could spiral out of control if Beijing were to suspect that the U.S. was unable to respond. Taiwanese defense minister Yen Te-fa told Taiwan’s legislature Wednesday that the mainland Chinese military had committed thousands of incursions into Taiwan’s defense zone this year, the South China Morning Post reported.