A federal court issued an order Friday siding with a Florida State University student who was ousted from his position as student Senate president after sending private text messages critical of Black Lives Matter.

Judge Allen Winsor of the Northern District Court of Florida sided with Jack Denton and ordered Florida State University (FSU) to resume paying him his salary. Denton was removed as president of the FSU student Senate, a paid position, on June 5 for allegedly making transphobic, racist, and “anti-abortion” comments in private text messages.

“It is no answer to say, as FSU does, that this is merely all part of the ‘rough and tumble’ of student politics, that Denton must develop thicker skin,” Winsor said in the order. (RELATED: FSU Senate President Criticized Black Lives Matter In A Private Chat. Here’s What Happened Next)

He continued: “Denton is not here to complain about insults or hurt feelings. His claim is that he lost his job — his student government position — because he chose to exercise his First Amendment rights.”

On June 3, Denton sent private text messages denouncing Black Lives Matter, the American Civil Liberties Union (ACLU) and Reclaim the Block for the organizations’ views on transgenderism and abortion. Denton, who is a Roman Catholic, sent the texts to a group chat affiliated with the Catholic Student Union on campus. 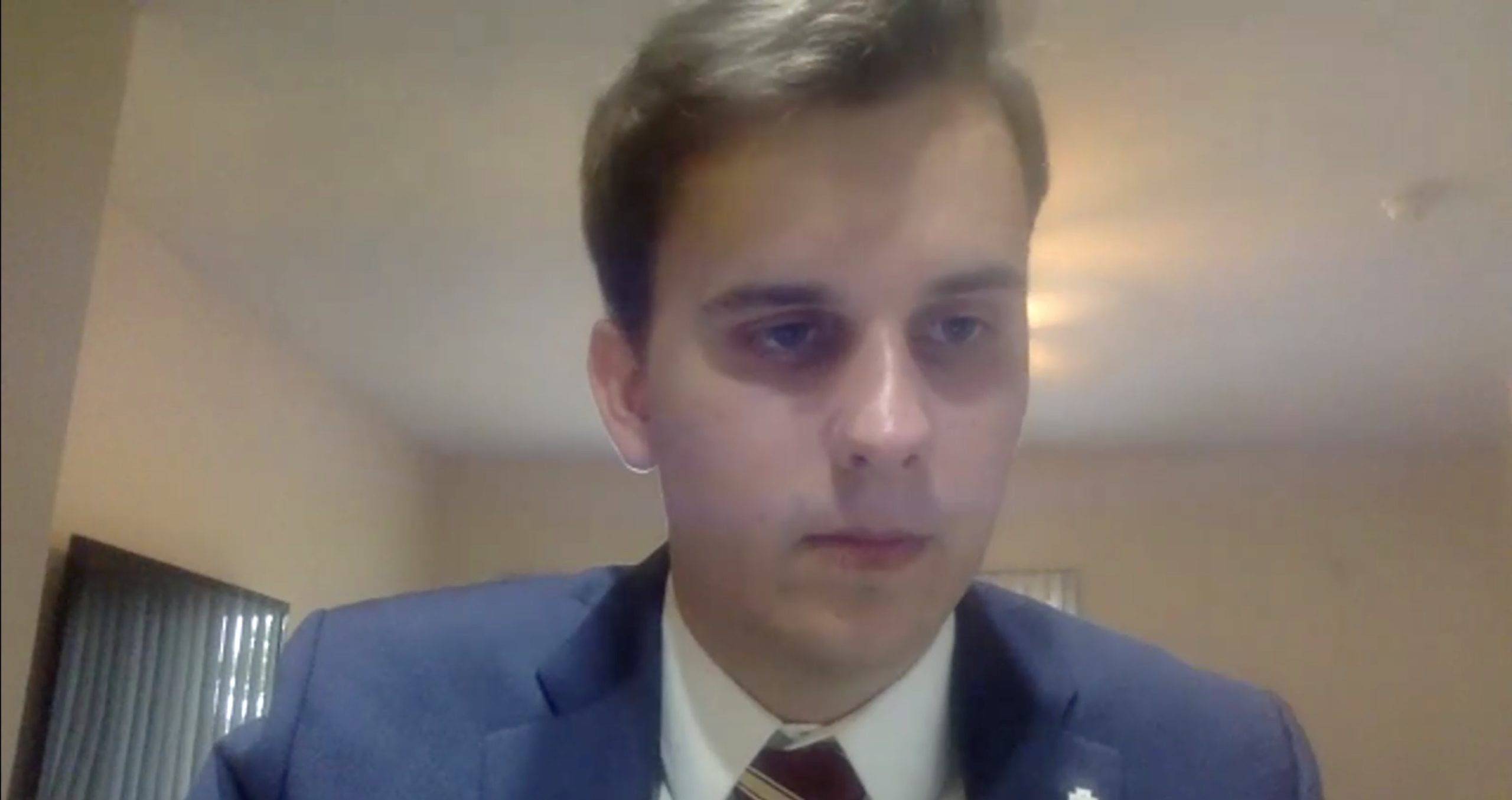 Jack Denton during a June 5 virtual FSU student Senate meeting in which senators voted on a no confidence motion. (Florida State University/Zoom/Screenshot)

“BlackLivesMatter.com fosters ‘a queer affirming network’ and defends transgenderism. The ACLU defends laws protecting abortion facilities,” Denton said in the texts, according to student paper Spire Magazine. “If I stay silent while my brothers and sisters may be supporting an organization that promotes grave evils, I have sinned through my silence.”

During a routine student senate meeting later that day, a student senator to whom the texts were leaked made a motion of no confidence in Denton, but the motion failed, The Daily Caller News Foundation reported. After pressure from FSU student groups like Spire Magazine and the Pride Student Union, an emergency student senate meeting was called for June 5 and Denton was removed as the body’s president.

“All students should be able to peacefully share their personal convictions without fear of retaliation,” Alliance Defending Freedom Senior Counsel Tyson Langhofer, who represented Denton, said in a statement Friday. “As the court found, FSU violated Jack’s constitutionally protected freedom of speech and therefore cannot withhold his salary from him in his role as student senate president.”

In June, Denton told the DCNF: “What happened with me at Florida State is egregious and an egregious attack on the Constitution. Public universities like Florida State are supposed to be marketplaces of ideas and free expression. Expression should be encouraged, not shut down.”

Winsor additionally ruled that while Denton’s desire for reinstatement was “understandable,” it was not in the public’s interest since his term would end in a few weeks anyway. He also said the student senate wouldn’t be able to function properly since Denton’s fellow senators had reacted so strongly against him in June.

“Effective leadership requires working cooperatively with others,” Winsor said. “On this record, that seems impossible.”