While Biden expressed his opposition to the idea of court packing while campaigning in 2019 and even called it a “power grab” in 2005, he has to this point refused to directly answer the question since becoming the Democratic nominee. 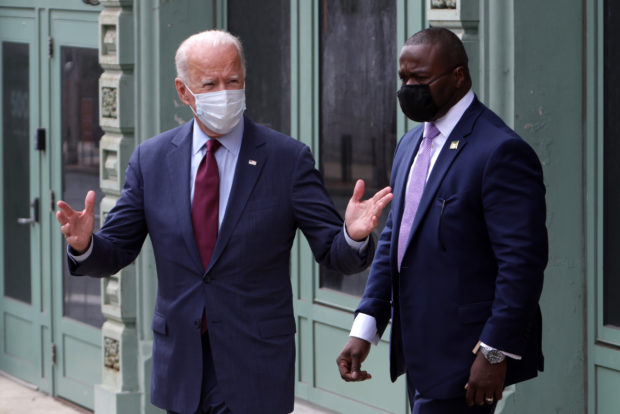 During Sunday’s edition of “Meet the Press,” Todd referred to the former vice president’s usage of the term “court packing” during another refusal to directly answer the question to ask Durbin if he thought that was “a tell” on how he really stood.

“I can tell you that we’re getting this question,” Durbin responded. “It’s a common question being asked because the American people have watched the Republicans packing the court over the last three and a half years, and they brag about it. They’ve taken every vacancy and filled it.”

Attempting to turn the question around, the Senate Democrat accused Republicans of “packing” the courts with judges with “little or no qualifications.”

Todd pushed back by wondering if Democrats are bringing up the issue as a “negotiating ploy” to attempt to block the confirmation of Judge Amy Coney Barrett, to which Durbin responded by appealing to issues like health care and others that could be affected by any potential future rulings. (RELATED: Marco Rubio: Joe Biden Would Likely ‘Prefer Not’ To Pack Court If He Wins, But He ‘Has No Choice’)

“This makes a difference in your life,” he said, adding that Barrett has been “send on assignment to the Supreme Court by President Trump” in order to “eliminate the Affordable Care Act” and assist the president on a potential election challenge.

You can watch Durbin’s interview with Todd via NBC here.