Harrison raised $57 million in the third quarter, the period between July and September, according to The Post and Courier. Harrison, who is a former corporate lobbyist, is challenging Republican incumbent Sen. Lindsey Graham.

“This campaign is making history because we’re focused on restoring hope back to South Carolina,” Harrison campaign spokesman Guy King said, according to The Post and Courier.

He added: “After 25 years in Washington, Lindsey Graham has changed into someone voters no longer recognize, and these resources will be instrumental in our efforts to send Lindsey home in November.” (RELATED: Joe Biden: Voters ‘Don’t Deserve’ To Hear Position On Court Packing Before Election)

The previous record was set by former Rep. Beto O’Rourke of Texas who raised $38.1 million in the third quarter of 2018 before losing to incumbent Sen. Ted Cruz, The Hill reported. The Harrison campaign said its record haul was driven by 994,000 donors who contributed an average of $37 per donation. 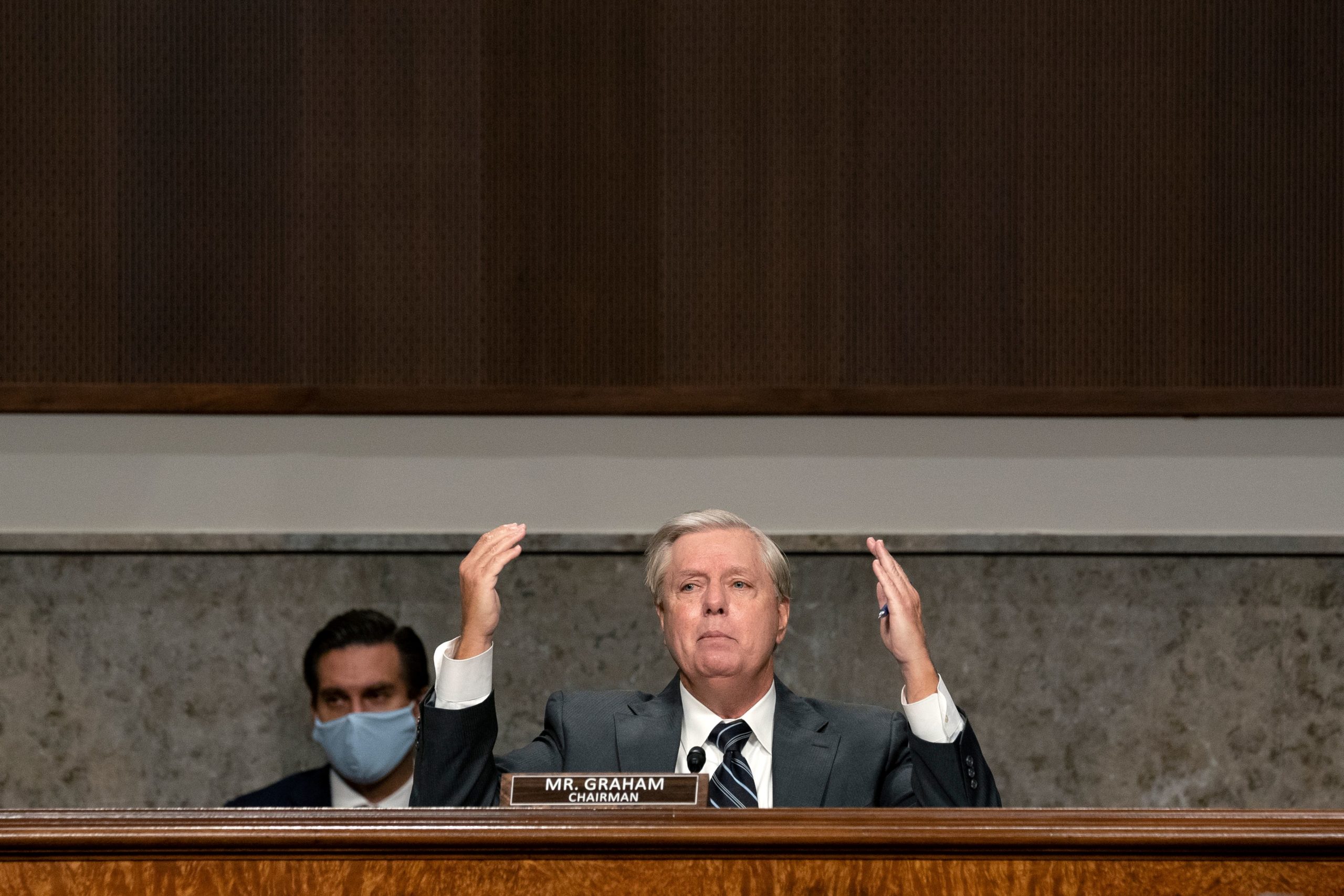 Sen. Lindsey Graham, a Republican from South Carolina and chairman of the Senate Judiciary Committee. (Stefani Reynolds/Pool/AFP via Getty Images)

While President Donald Trump won South Carolina by more than 14 points in 2016, according to The New York Times, the state’s 2020 Senate race has been tightly contested. The Cook Political Report changed the race from “Likely R” to “Lean R” in August and from “Lean R” to “Toss Up” on Oct. 7.

Harrison and Graham each received 48% in a Quinnipiac University poll taken between Sept. 23 and Sept. 27.

“It’s a jump ball at this point,” a South Carolina Republican strategist told Cook Political Report. “Jaime is peaking at exactly the right time and he’s got a deluge of money. [Harrison] is blocking every pass there is from Republicans.”

Harrison has raised a total of $86 million during the 2020 election cycle, according to The Hill.

Meanwhile, Graham has repeatedly asked Fox News viewers for contributions during appearances on the network.

“Help me,” Graham said, according to The Hill. “They’re killing me, moneywise. Help me. You helped me last week. Help me again.”