Bangladesh will introduce the death penalty for rape cases after a wave of protests across the country in response to several high profile sexual assaults, numerous sources reported.

Cabinet secretary Khandker Anwarul Islam said to reporters Monday that the cabinet had approved a bill that would punish convicted rapists to death or “rigorous imprisonment,” the Guardian reported. Law Minister Anisul Haq also told the BBC that the president would issue an ordinance Tuesday making the death penalty amendment law. 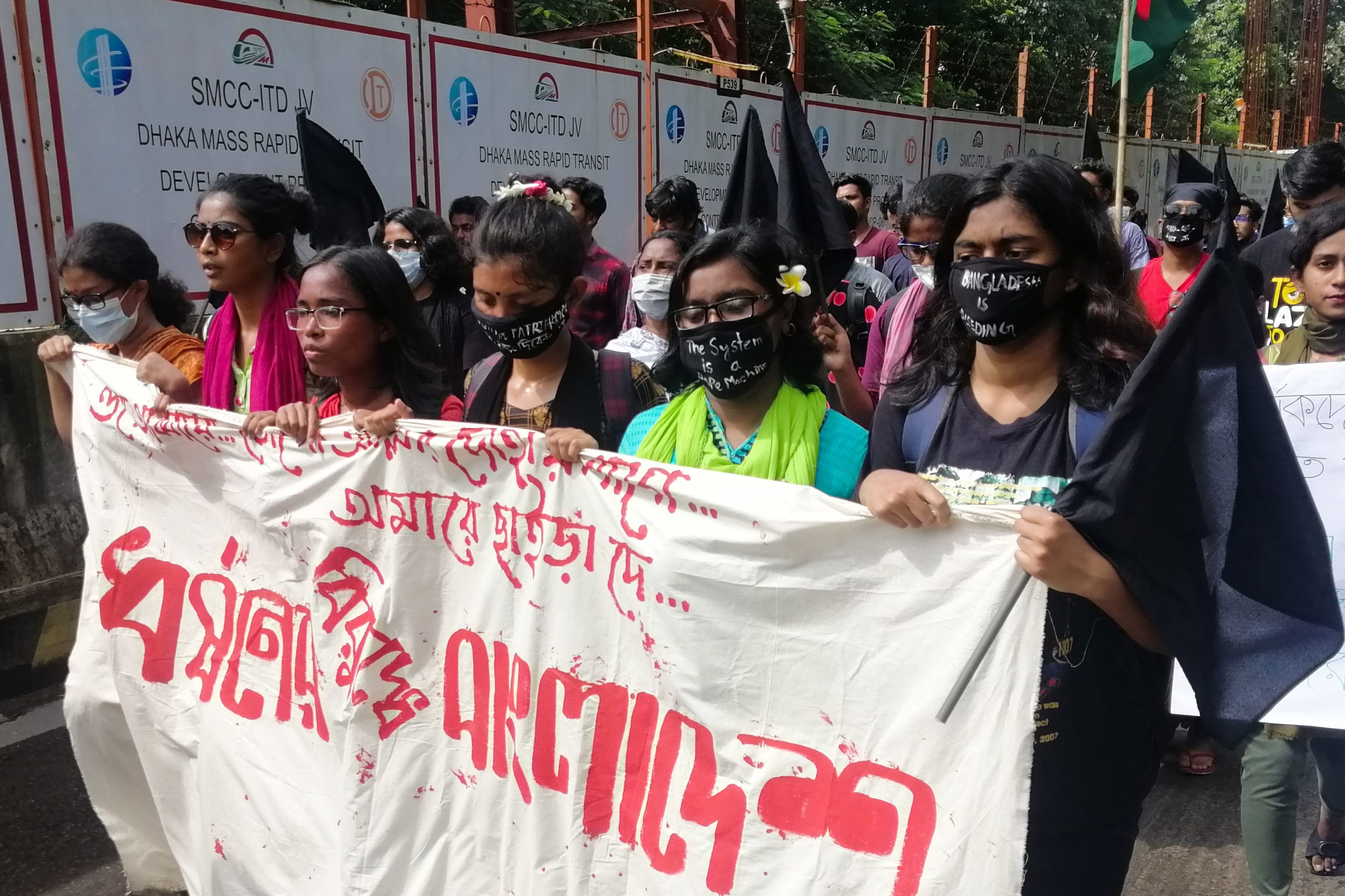 Students march with holding black flags to protest against an alleged gang-rape and stripping and torturing of a woman in the southern district of Noakhali during a demonstration in Dhaka on October 6, 2020. (Photo by Shafiqul ALAM / AFP) (Photo by SHAFIQUL ALAM/AFP via Getty Images)

People across the country protested after footage of a young woman being violently assaulted and gang raped by a group of men went viral on Facebook. An investigation by Bangladesh’s National Human Rights Commission found that the victim had been raped repeatedly over time, BBC reported.

In a separate case, another woman was allegedly gang raped at a hostel in October. Several members of the student wing of the country’s leading party, the Bangladesh Chhatra League, were arrested and charged with the gang rape, according to the Guardian. (RELATED: Five-Year-Old Girl Raped On Grounds of U.S. Embassy In India)

Protestors have gathered over the last several days in Bangladesh after a series of horrific and brutal gang rapes and attacks. We must stand with the protestors in Bangladesh who are fighting for justice and reform.

Here’s how you can help… pic.twitter.com/PpHXt7qEFu

At least 1,000 rapes have been reported in Bangladesh in 2020, according to the BBC, but many cases go unreported because women fear being shamed. Activists also criticized the country’s justice system for not holding rapists accountable.

Protesters called for stricter punishments, including the death penalty, and carried signs that read “Hang the rapists” and “No mercy to rapists” according to the BBC.

Naripokkho, a women’s rights organization, found that only five out of 4,372 rape cases from six districts between 2011 and 2018 resulted in a conviction, the Guardian reported.

Between January and September 2020, at least 975 rape cases were reported in Bangladesh according to Ain-o-Salish Kendra, a human rights organization, the Guardian reported. Of the cases, 208 were gang rapes, and in over 40 cases, the women died.