The 17-year-old accused of killing two people during a riot in Kenosha, Wisconsin will not face charges in his home state of Illinois, numerous sources reported.

An investigation revealed that the AR-15 Kyle Rittenhouse allegedly used in the Kenosha shooting was purchased, stored and used in Wisconsin, according to the Lake County State’s Attorney’s Office, the Milwaukee Journal Sentinel reported Tuesday. Rittenhouse never possessed the gun in Illinois. 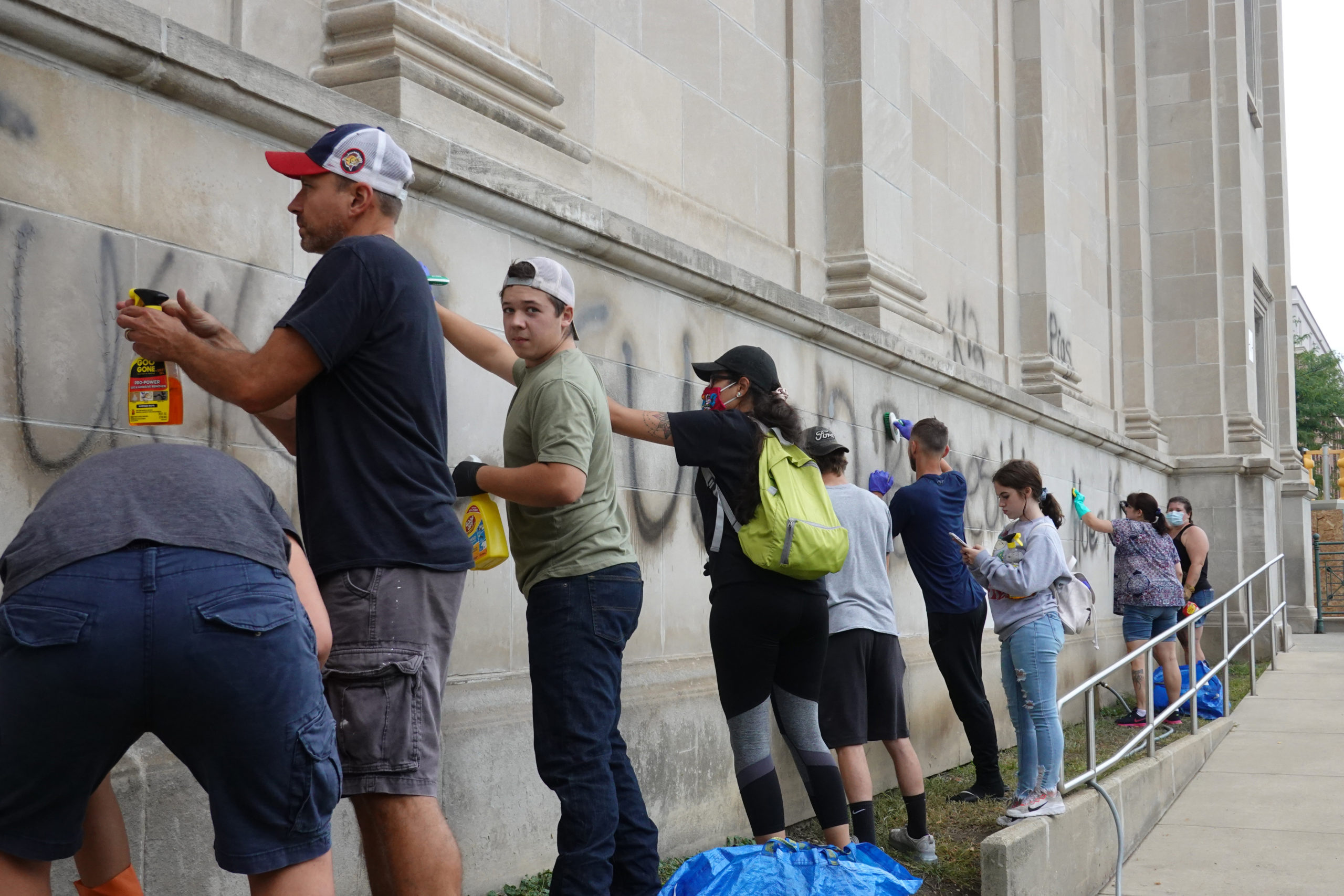 KENOSHA, WISCONSIN – AUGUST 25: Volunteers clean graffiti from a high school near the Kenosha County Courthouse following another night of unrest on August 25, 2020 in Kenosha, Wisconsin. (Photo by Scott Olson/Getty Images)

The Attorney’s Office said in a statement that police in Rittenhouse’s hometown of Antioch investigated any possible crimes he may have committed in Illinois, but found none. Video showed Rittenhouse trying to surrender to Kenosha authorities after the shootings in August. He turned himself in to police in Antioch the day after the shootings.

The statement does not indicate whether someone else possesses the gun in Illinois, or where it is now, according to the Milwaukee Journal Sentinel.

Rittenhouse is facing six charges from the shooting, including first degree intentional homicide and attempted intentional homicide. The shootings took place during riots that followed the police shooting of Jacob Blake. (RELATED: ‘Kyle Did Nothing Wrong’: Attorneys For Teen Kenosha Shooter Say He Acted In Self-Defense)

Video from the incident shows a group of people chasing after Rittenhouse, someone other than Rittenhouse firing a shot into the air, and then Rittenhouse turning around and shooting one of the men chasing him. As Rittenhouse fled from the scene of the first shooting, he tripped and was set upon by several other individuals who were chasing him, videos show.

Rittenhouse shot two of the men as they lunged at him while he was on the ground, according to video from the scene. All three of the shooting victims were convicted criminals with crimes ranging from sexual conduct with a minor to felony strangulation, court documents reviewed by the Daily Caller News Foundation show.

Rittenhouse remains held in a juvenile detention center in Lake County without bond due to pending criminal charges in Kenosha. He is due back in court on Oct. 30 for an extradition hearing. Rittenhouse’s lawyers have attempted to block his extradition to Wisconsin, where he faces homicide charges, according to the Milwaukee Journal Sentinel.