Democratic presidential candidate Joe Biden said Monday that Americans who feel they are “better off” today under President Donald Trump than they were four years ago under former President Barack Obama “shouldn’t vote” for Biden.

During a campaign stop in Cincinnati, Ohio, WKRC Local 12 reporter Kyle Inskeep asked Biden: “Gallup reported last week, 56% of Americans said that they were better off today than they were four years ago, that would have been under the Obama-Biden administration. So why should people who feel that they are better off today, under the Trump administration, vote for you?”

Biden incorrectly repeated the percentage in the poll and suggested Americans had faulty memories. “They think — 54% of the American people believe they’re better off economically today than they were under our administration? Well, their memory is not very good, quite frankly,” Biden said, according to Fox News.

Prior to the coronavirus lockdowns, wages were rising and unemployment rates were hitting historic lows. (RELATED: More Americans Credit Trump With Good Economy Than Obama)

Polling suggested that Americans were optimistic about the economy at that time. A December 2019 CNN survey revealed that 76% of those polled said that the economy was either “very or somewhat good.” 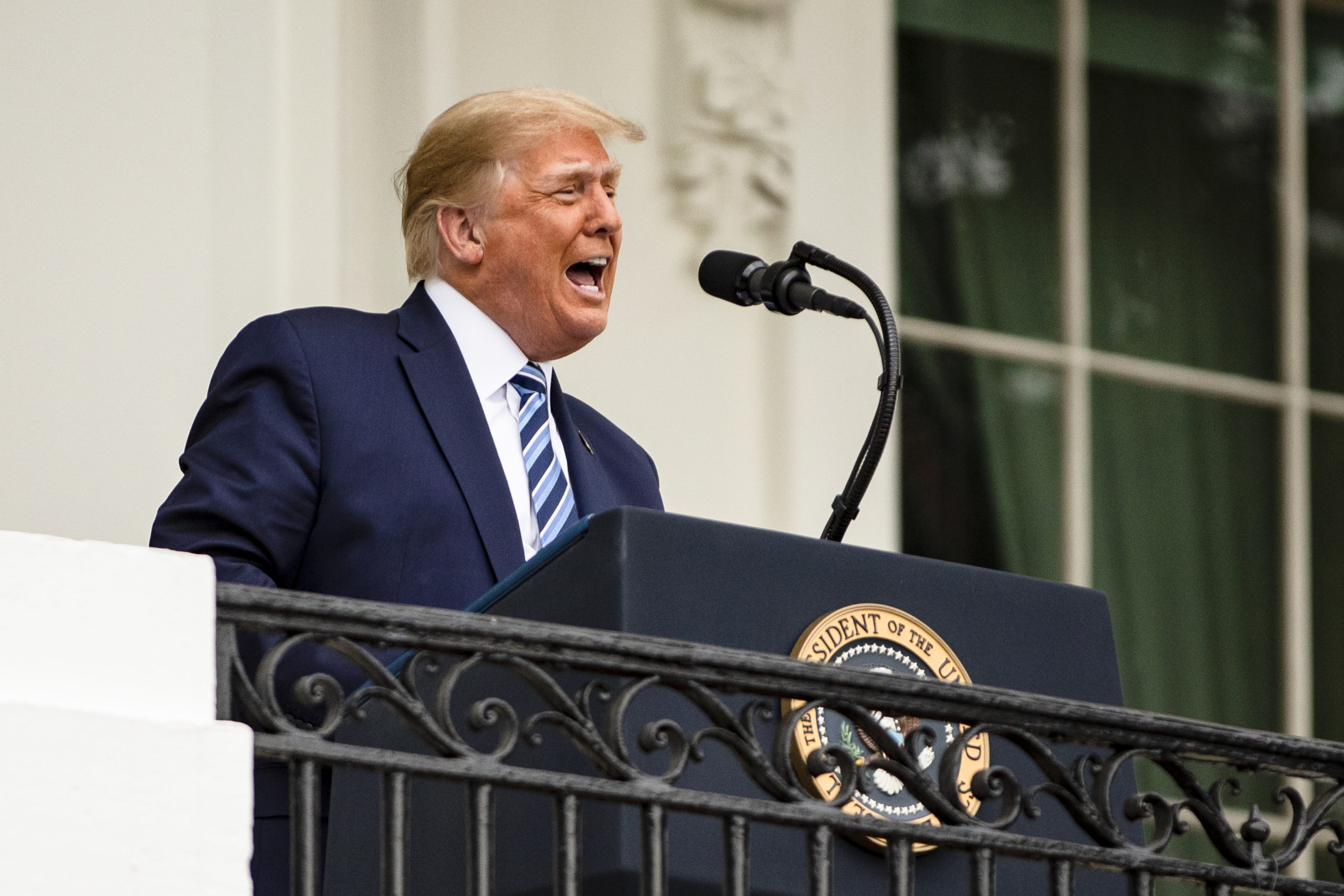 President Donald Trump addresses a rally in support of law and order on the South Lawn of the White House on Oct. 10, 2020 in Washington, DC. President Trump invited over two thousand guests to hear him speak just a week after he was hospitalized for COVID-19. (Photo by Samuel Corum/Getty Images)

However, Biden is consistently leading in all polls leading up to the Nov. 3 presidential election. Trump is even trailing the former vice president in an Investor’s Business Daily survey released Monday that indicated 51.9% of likely voter support for Biden and 43.4% for Trump. The remainder of respondents said they would be supporting a third-party candidate. The Investor’s Business Daily firm was one of only two to correctly predict Trump’s electoral victory in 2016.