A Nevada man contracted coronavirus on two separate occasions with the second infection reportedly “more severe” than the first, according to a study published Monday.

The 25-year-old man is the first patient in North America to have tested positive twice, according to the Lancet study conducted under an emergency order from Nevada’s chief medical officer. The man’s two positive tests were separated by multiple negative tests and scientific analyses showed the virus was “genetically distinct” each time he tested positive.

“Previous exposure to SARS-CoV-2 does not necessarily translate to guaranteed total immunity,” the study said. “The implications of reinfections could be relevant for vaccine development and application.”

The man tested positive in April, tested negative twice in May and tested positive twice in June, according to the study. The study declined to make any conclusion on the man’s degree or period of immunity. (RELATED: ‘Dying In A Leadership Vacuum’: New England Journal Of Medicine Slams US Coronavirus Response)

The study also did not conclude why the man’s symptoms worsened. Rather, it said that the worse symptoms might have been a result of a higher dose of the virus or a different strain of the virus.

“A very high dose of virus might have led to the second instance of infection and induced more severe disease,” the study said. 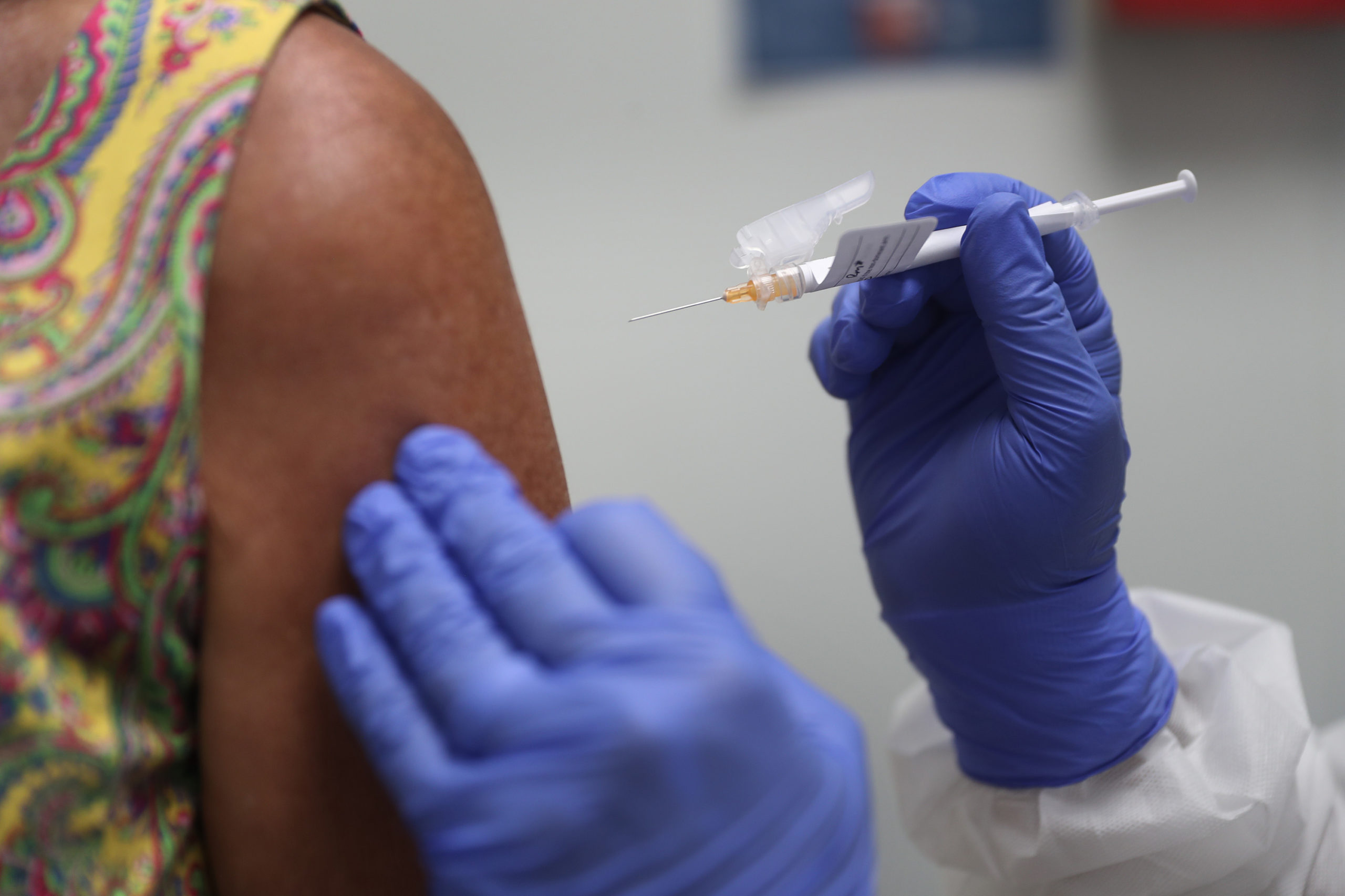 A volunteer receives a coronavirus vaccination at Research Centers of America on Aug. 7 in Florida. (Joe Raedle/Getty Images)

There have been four other cases of reinfection reported globally, according to the study.

However, a study published by Science Immunology on Thursday found that individuals who previously had coronavirus had long-lasting immunity, according to The Harvard Gazette. People who have tested positive for coronavirus developed protection from reinfection, the study said.

The researchers found that one particular antibody was present in patients who had tested positive for up to four months, The Harvard Gazette reported. (RELATED: Big Tech Censors Content That Counters The WHO, Despite It Repeatedly Flip-Flopping On Its Guidance)

“That means that people are very likely protected for that period of time,” said Richelle Charles, one of the study’s authors and an investigator in Massachusetts General Hospital’s Division of Infectious Diseases. “We showed that key antibody responses to COVID-19 do persist.”

Studying coronavirus reinfection cases has key implications for vaccine development, according to Nature Research. A so-called “booster” shot is oftentimes necessary when individuals do not maintain longterm immunity to a virus for example.

“It shouldn’t scare people,” Richard Malley, a pediatric infectious-disease specialist at Boston Children’s Hospital told Nature. “It shouldn’t imply that a vaccine is not going to be developed or that natural immunity to this virus can’t occur, because we expect this with viruses.”

President Donald Trump declared a national emergency in March as coronavirus spread rapidly around the world. The federal government has given significant funding and resources to pharmaceutical companies since March as part of Operation Warp Speed, the effort to produce 300 million doses of “safe and effective vaccines” by January 2021.