The leader of the New York City Police Department reportedly told officers to prepare for deployment to quell potentially violent protests both in the coming weeks and after the Nov. 3 election, according to memos obtained by CNN.

“Accordingly, we should anticipate and prepare for protests growing in size, frequency, and intensity leading up to the election and likely into the year 2021,” Shea wrote in the document, according to CNN. 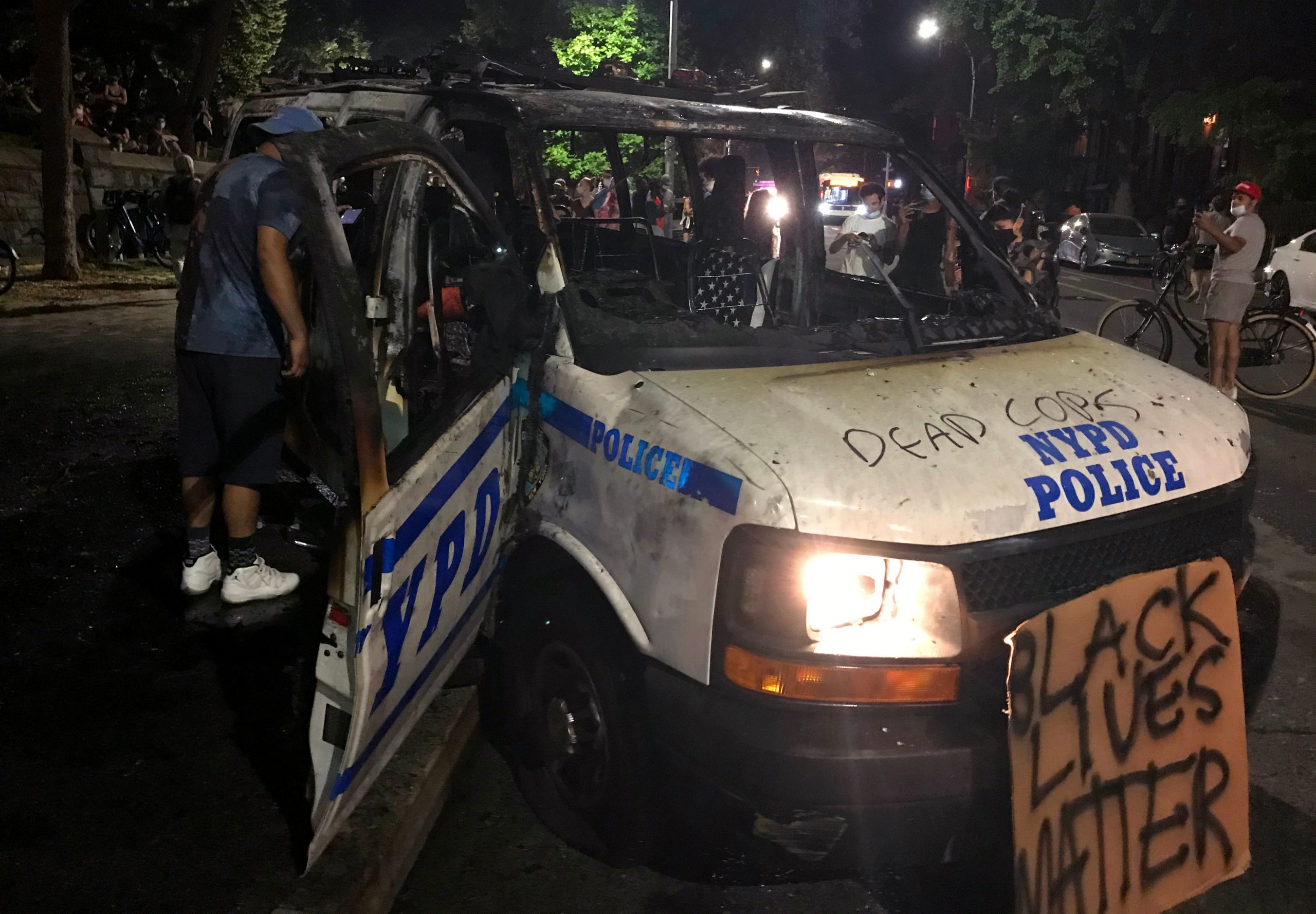 The remains of a scorched police vehicle lie vandalized during riots in the Fort Greene neighborhood in the Brooklyn borough of New York (THOMAS URBAIN/AFP via Getty Images).

The NYPD has commenced training for its officers to deal with demonstrations that have persisted since the death of George Floyd, CNN reported. All uniformed policemen in New York have had to take a two-day course on tactics and psychology since July amid nationwide unrest, according to CNN.

“The whole idea behind the training is to separate those people that are there to cause chaos, as opposed to the real reason that the protests began in the first place,” Deputy Chief Samuel Wright told the national news outlet.

The NYPD did not immediately respond to a request for comment from the Daily Caller News Foundation in relation to Shea’s reported memo. (RELATED: More Than 100 NYPD Officers Injured In Protests Since June 10)