Democratic Illinois Sen. Dick Durbin brought up the video of Floyd, a black man who died after a Minneapolis police officer knelt on his neck for several minutes, video of the incident showed. Durbin asked Barrett if she had seen the video, and what impact it had on her.

“As you might imagine, given that I have two black children, that was very, very personal for my family,” Barrett responded. (RELATED: ‘You Would Be Getting Justice Barrett’: Barrett Urges Senate Judiciary Committee Not To Assume She Will Judge Like Scalia)

She explained that her husband was on a camping trip with her sons in South Dakota, and she was home with her 17-year-old daughter Vivian when “all of this was erupting.” Barrett said it was very difficult for Vivian.

“We wept together in my room,” she said. 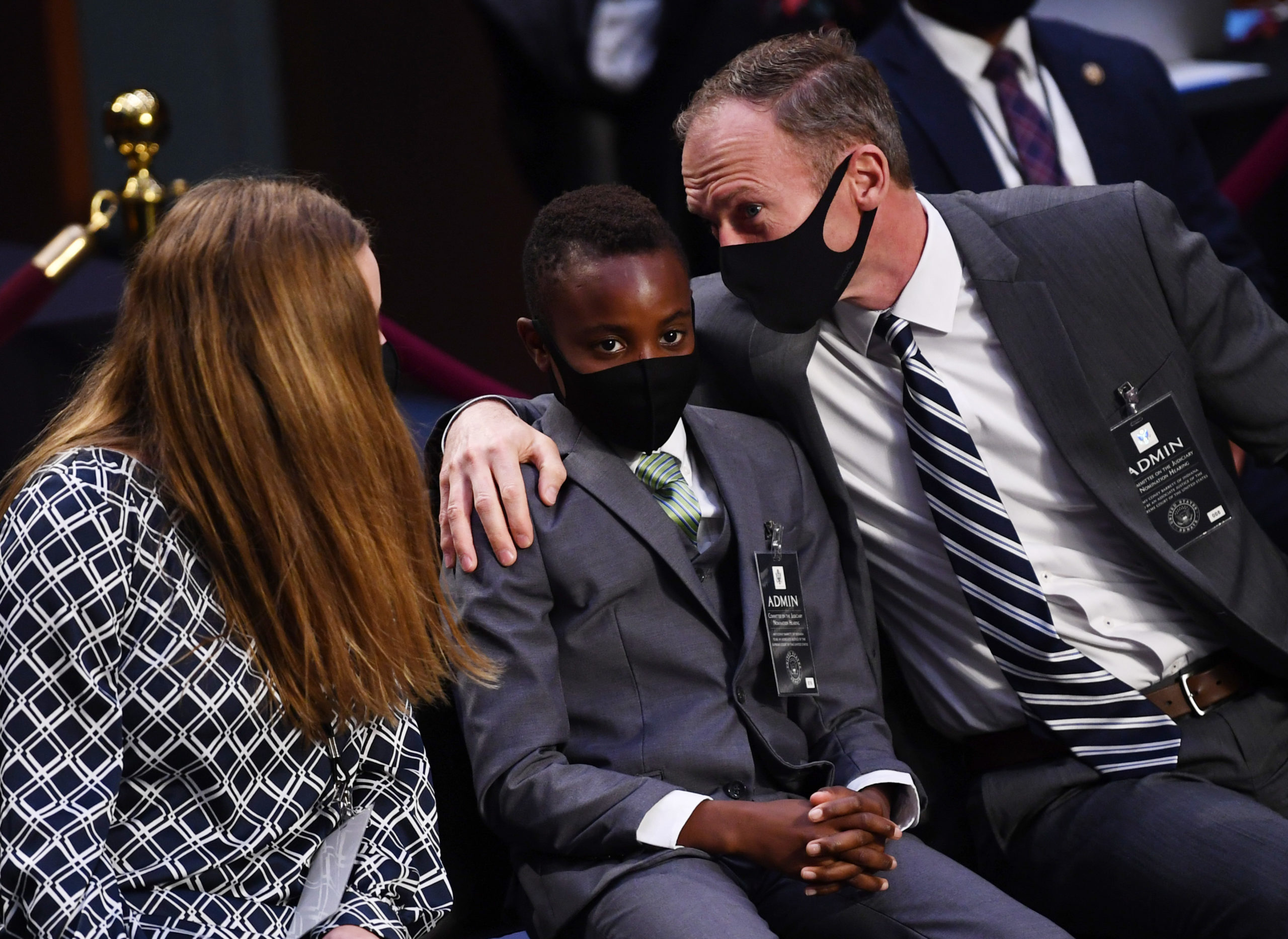 Judge Amy Coney Barrett’s Husband Jesse M. Barrett and son John Peter sit behind her when she appears before the Senate Judiciary Committee on October 13, 2020. (Photo by KEVIN DIETSCH/POOL/AFP via Getty Images)

“My children to this point in their lives have had the benefit of growing up in a cocoon where they have not yet experienced hatred or violence, and for Vivian to understand that there would be a risk to her brother or the sons she might have one day, of that kind of brutally, has been an ongoing conversation,” she said. “And it’s a difficult one for us like it is for Americans all over the country.”

Durbin pressed Barrett, “as an originalist who obviously has a passion for history,” to address where the United States is today when it comes to issues of race.

“I think it is an entirely uncontroversial and obvious statement, given as we just talked about the George Floyd video, that racism persists in our country,” the Supreme Court nominee. “As to putting my finger on the nature of the problem, whether as you say it is outright or systemic racism, or how to tackle the issue of making it better, those things are policy questions.”

She continued: “They’re hotly contested policy questions that have been in the news and discussed all summer, so while, as I did share my personal experience, I’m very happy to discuss the reaction our family had to the George Floyd video, giving broader statements and making broader diagnoses about the problem of racism is kind of beyond what I’m capable of doing as a judge.”