Senate Majority Leader Mitch McConnell slammed Democrats for refusing to say if they are in favor of adding more seats to the Supreme Court amid the confirmation hearing of President Donald Trump’s nominee Amy Coney Barrett.

McConnell released a statement Wednesday afternoon heavily criticizing Democrats for refusing to condemn court packing or adding more seats to the Supreme Court if Barrett is confirmed. McConnell also said Democrats are trying to change the meaning of court packing.

“It is bizarre to watch Vice President Biden and other Democrats refuse to give a straight answer on their own party’s threats to pack the Supreme Court. But it is even more absurd for them to try to redefine ‘court packing’ to mean any judicial confirmation that disappoints Democrats,” McConnell said.

“A prominent philosopher wrote that when leaders abuse language, it is because they seek to abuse power. Anyone who studied U.S. history in high school knows that ‘court-packing’ has a clear definition: A partisan attempt to expand the Supreme Court beyond nine seats, so new Justices can be added despite the Court having no vacancies. It is not ‘court-packing’ when the Senate confirms nominees to fill actual vacancies,” his statement continued. 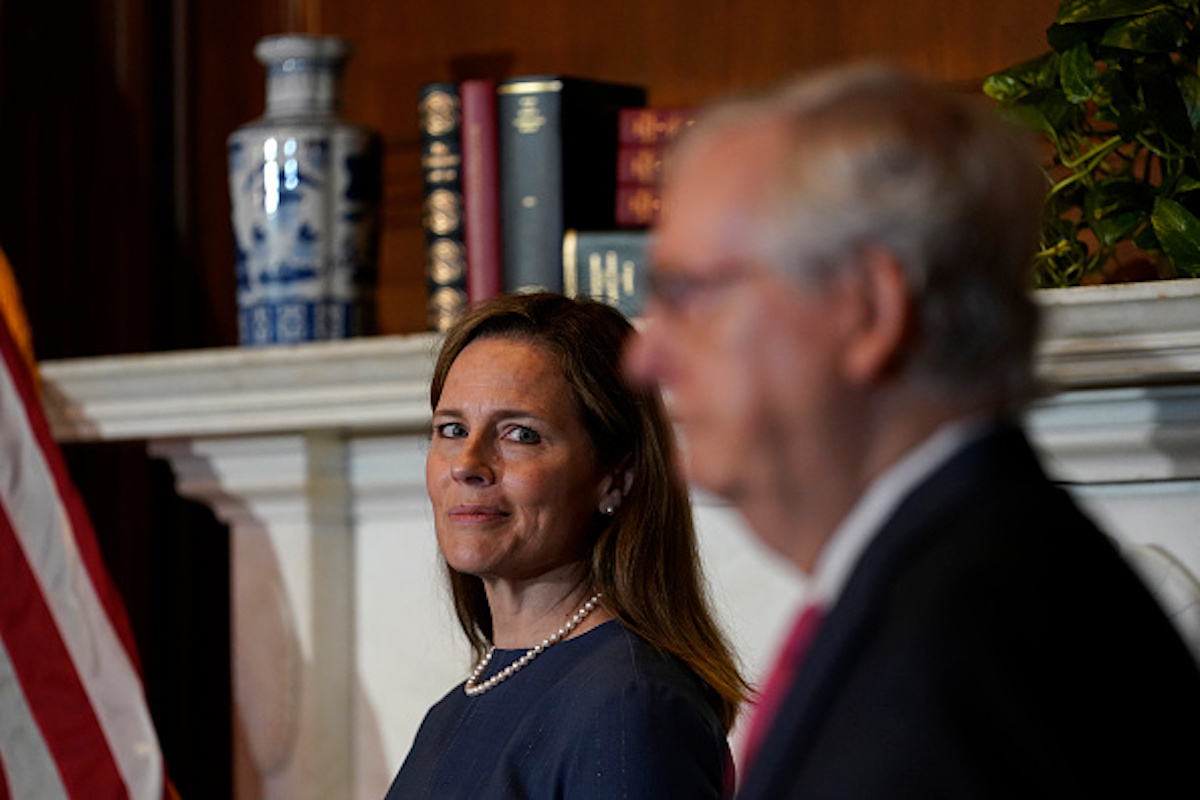 The Daily Caller contacted every Senate Democrat’s office asking them if they would be in favor of packing the court or adding more seats to the Supreme Court, something Senate Republicans say will happen if Democrats win in the November elections. Every Senate office contacted was given over 24 hours to respond to the inquiry. Every Democrat in the Senate refused to respond.

Senate Minority Leader Chuck Schumer has not yet commented on the issue but said “everything is on the table,” when asked what Democrats could do if they win back the Senate during an interview with MSNBC in October. (RELATED: Senate Democrats Refuse To Say If They Want To Add More Seats To The Supreme Court)

“You’ve been asked by the viewers who are probably Republicans who don’t want me continuing to talk about what they’re doing to the court right now,” Biden said to the reporter.

“Well sir, don’t the voters deserve to know?” the reporter asked Biden. “No, they don’t,” Biden responded. “I’m not gonna play his game, he’d love me to talk about, and I’ve already said something on court-packing. (Trump would) love that to be the discussion instead of what he’s doing now.”

Biden said he “not a fan of court-packing” on Tuesday after weeks of continuing to respond to the question. Although he did not say “yes” or “no,” he responded to the question. (RELATED: Schumer Says Democrats Will Try To Block Barrett Confirmation By Not Giving Republicans Quorum)