North Carolina Republicans were dealt a blow –and a win– Wednesday after a federal judge ruled absentee ballots must have a witness signature while also upholding an extended deadline for accepting absentee ballots received after Election Day as long as they are postmarked by Nov. 3.

In a compromise decision, Judge William Osteen ordered state officials to revise a directive issued Sept. 22 that let voters fix a lack of witness signature by signing an affidavit that confirmed they filled the ballot out, according to the Associated Press (AP). This directive prevented voters from having to fill out an entirely new ballot.

Osteen ruled ballots must have signatures, but added that fixing small errors like an incomplete address of the witness or a signature in the wrong place is permitted, per the same report. 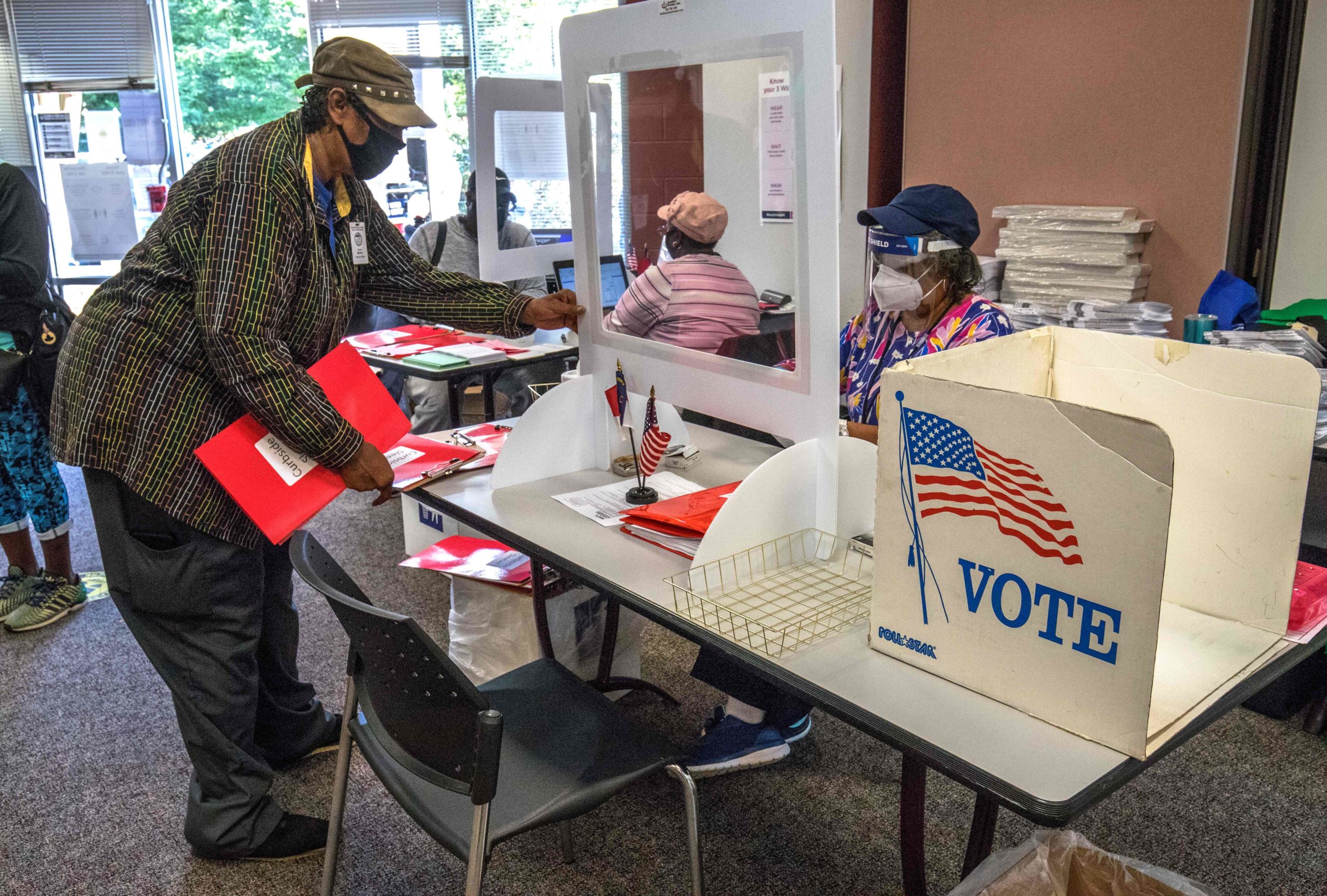 A poll worker (R) assists voters as they enter the West Boulevard branch of the Mecklenburg County library in Charlotte, North Carolina, on October 15, 2020, during the first day of early voting. (Photo by Grant Baldwin / AFP) (Photo by GRANT BALDWIN/AFP via Getty Images)

President Donald Trump’s reelection campaign and the Republican National Committee filed a suit against the state in September seeking to block the rule that would allow absentee ballots to be counted even if they lacked proper witness verification.

However, Osteen rejected Republicans’ attempt to prevent late ballots from being counted. As such, any ballot received after Election Day will be counted as valid through Nov. 12 as long as it was postmarked by Nov. 3, according to Bloomberg. However, Osteen did note that the extension may very well be unconstitutional but that changing the rules this late in the election cycle could be detrimental.

“This change contravenes the express deadline established by the General Assembly,” Osteen wrote. However, “Injunctive relief should be denied at this late date, even in the face of what appear to be clear violations.”