A total of four people were shot, one critically, in a little over an hour in New York City Thursday, amid a rise in violence in the area, the New York Post reported.

A 22-year-old man was shot in the head and critically injured at 4:45 p.m. in Queens and was rushed to a local hospital, according to the New York Post. A second person, a 30-year-old, took a bullet to the stomach approximately 50 minutes later and is expected to survive, the Post reported.

A third person was shot in the leg less than a half hour later, and the fourth was grazed 10 minutes after that, according to the New York outlet. All the victims were shot in separate incidents throughout the evening, the Post reported. 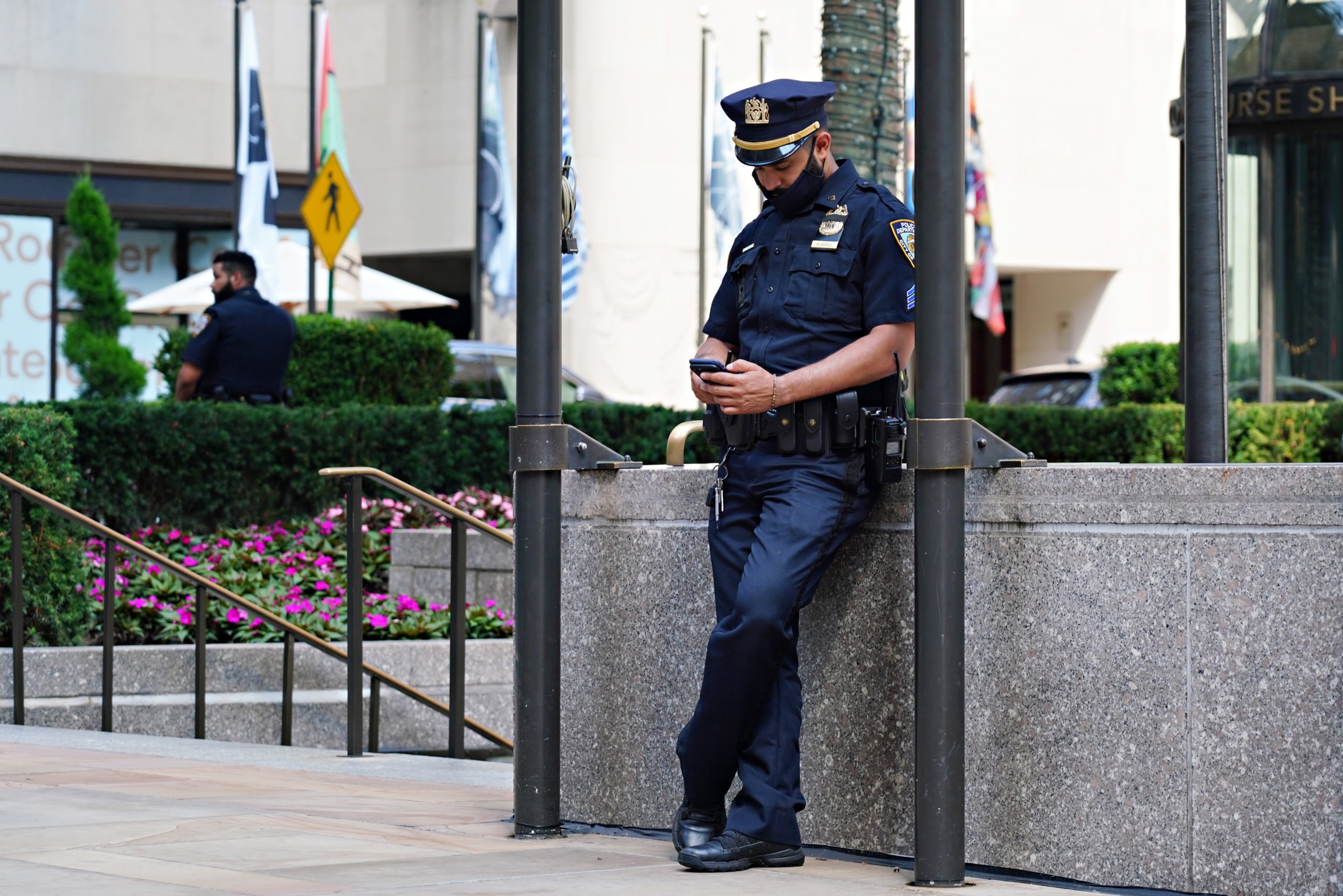 An NYPD officer wearing a protective mask looks at his phone at Rockefeller Center as the city continues Phase 4 of re-opening following restrictions imposed to slow the spread of coronavirus on August 1, 2020 in New York City (Cindy Ord/Getty Images).

Shootings were up 127% and murders rose 40% in the month of September compared to the same time frame in 2019, according to New York City Police Department crime statistics. Burglary incidents experienced a 38% increase and rape jumped by 19%, the statistics show.

Hate crime fell by 33%, according to the NYPD. (RELATED: 10 Minutes In Brooklyn: 7 Shot In 3 Different Neighborhoods)