President Donald Trump made border security, including the construction of a wall along the southern border with Mexico, one of the cornerstones of his 2016 presidential campaign. While that position has not figured as prominently in his reelection campaign, Trump and his surrogates still tout the ongoing wall construction as a win for his administration.

Democratic presidential nominee Joe Biden, meanwhile, has rejected Trump’s border wall plan and has declared that “there will not be another foot of wall constructed on my administration.”

The Trump administration celebrated the completion of 200 miles of border wall back in June with a signed plaque. Customs and Border Protection (CBP) reports 360 miles of competed border wall as of Oct. 12. Current construction is on track to meet the CBP’s goal of 450 miles before the end of 2020, according to the Washington Post. 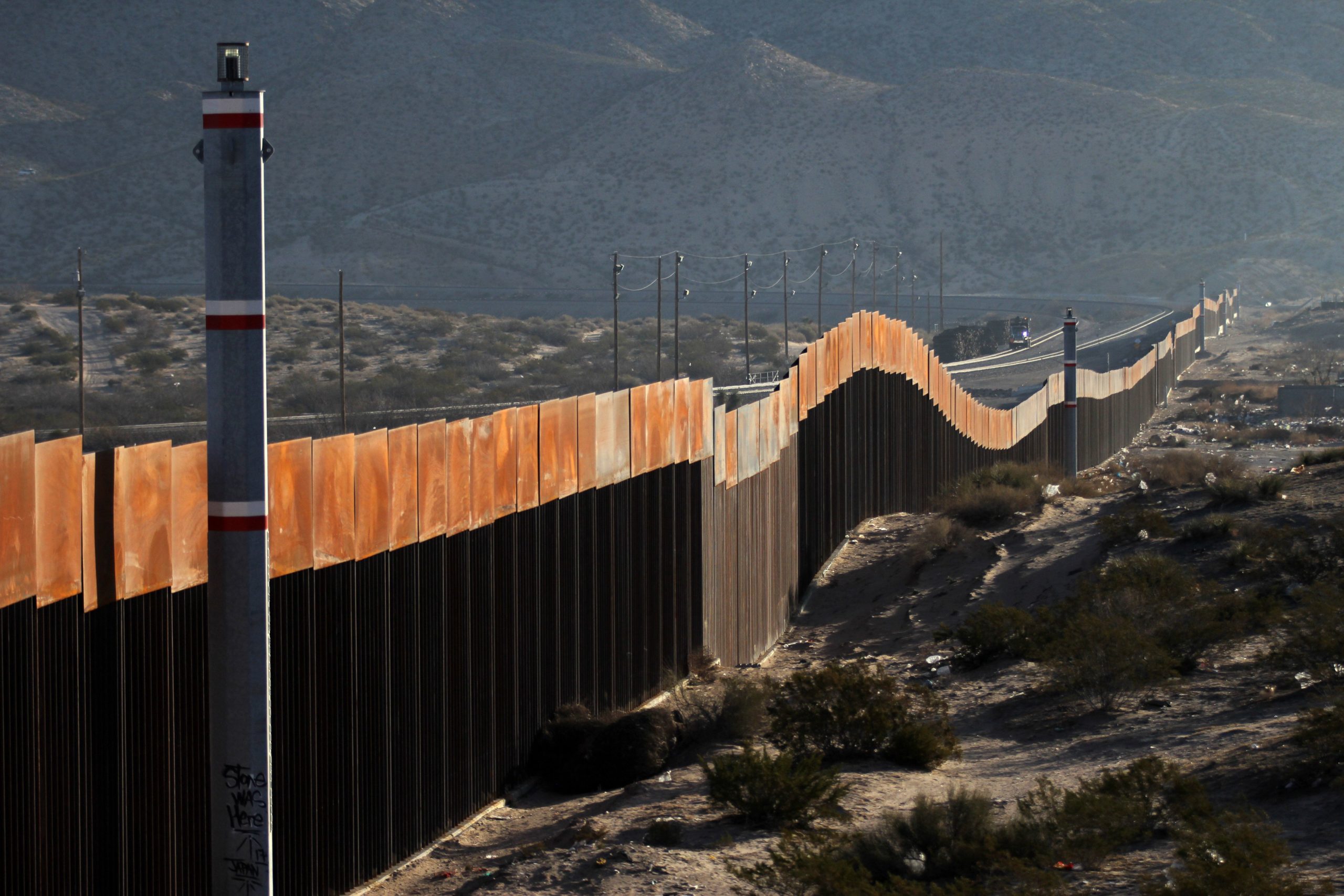 A view of the border wall between Mexico and the United States, in Ciudad Juarez, Chihuahua state, Mexico on Jan. 19, 2018.
The Mexican government reaffirmed on Jan. 18, 2018 that they will not pay for US President Donald Trump’s controversial border wall and warned that the violence in Mexico is also the result of the heavy drug consumption in the United States. (HERIKA MARTINEZ/AFP via Getty Images)

As of late September, 240 miles of the border wall were currently under construction and 157 miles were undergoing the pre-construction process, the Department of Homeland Security reported.

Earlier in 2020, Trump transferred $2.4 billion allocated for defense to construction of the border wall. Overall, Trump has diverted almost $10 billion from the military budget to fund the construction of the border wall, with another $5 billion being allocated by Congress. This funding will provide enough funding to construct a total of 738 miles of border wall, about a third of the roughly 2,000-mile border with Mexico, according to the Washington Post. (RELATED: Funds For Trump’s Border Wall Denied In House Spending Bills)

“I’m going to make sure that we have border protection, but it’s going to be based on making sure that we use high-tech capacity to deal with it. And at the ports of entry — that’s where all the bad stuff is happening,” Biden said. Instead, Biden advocates using technology to secure the border and focusing on ports of entry to seize drugs and other contraband attempting to enter the country. (RELATED: Every American Should Be Afraid’: Former ICE Chief Says A Biden Victory Would Lead To ‘Chaos’ At The Border)

Biden added that he would stop land confiscations in the American Southwest to build border fencing.

“End. Stop. Done. Over. Not going to do it. Withdraw the lawsuits. We’re out. We’re not going to confiscate the land,” he said.

This is a departure from former President Barack Obama’s policy during his tenure in office. He previously oversaw the construction of 654 miles of border fencing, which cost around $2.4 billion, as part of the Secure Fence Act, which was signed into law by former President George W. Bush in 2006.

Biden even voted for the Secure Fence Act when he was a senator in 2006. 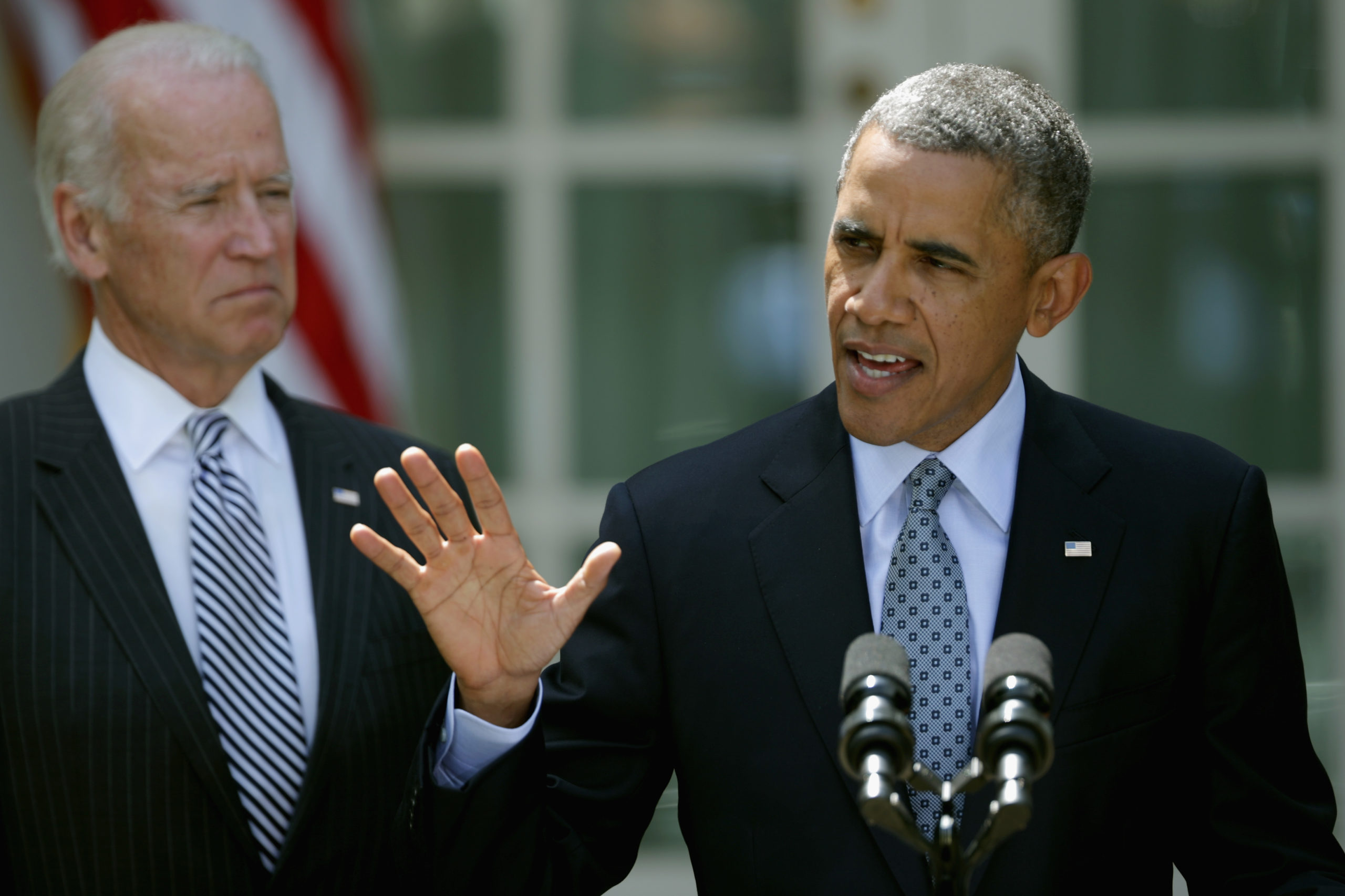 “Folks, I voted for a fence, I voted, unlike most Democrats — and some of you won’t like it — I voted for 700 miles of fence,” Biden said during a speech to a rotary club in South Carolina in November 2006, according to CNN. “But, let me tell you, we can build a fence 40 stories high — unless you change the dynamic in Mexico and — and you will not like this, and — punish American employers who knowingly violate the law when, in fact, they hire illegals. Unless you do those two things, all the rest is window dressing.”

The task force created by Biden and Independent Vermont Sen. Bernie Sanders to create policy recommendations to unify Democrats after the primaries has said that Trump’s border wall is “unnecessary, wasteful, and ineffective.” However, it does not advocate taking any existing barriers down.

While Trump made the construction of a border wall one of the focal points of his 2016 campaign, the issue has not figured as prominently as it did in the last presidential election. Even so, Biden has consistently opposed Trump’s border wall plan, despite his own past support for physical barriers on the southern border. If he wins in November, Biden has promised to end all construction of the wall, threatening one of the key legacies of the Trump administration.