Republican Texas Sen. John Cornyn said that disagreements with President Donald Trump are “more effective” when handled in private instead of via “public confrontations.”

While Trump’s tenure in politics has seen plenty of public confrontations with politicians even of his own party, most notably the late Arizona Sen. John McCain, Utah Sen. Mitt Romney, and most recently with Nebraska Sen. Ben Sasse, Cornyn advocated for a different approach in an interview with the Fort Worth Star-Telegram editorial board.

“I think what we found is that we’re not going to change President Trump,” Cornyn said. “He is who he is. You either love him or hate him, and there’s not much in between. What I tried to do is not get into public confrontations and fights with him because, as I’ve observed, those usually don’t end too well.” 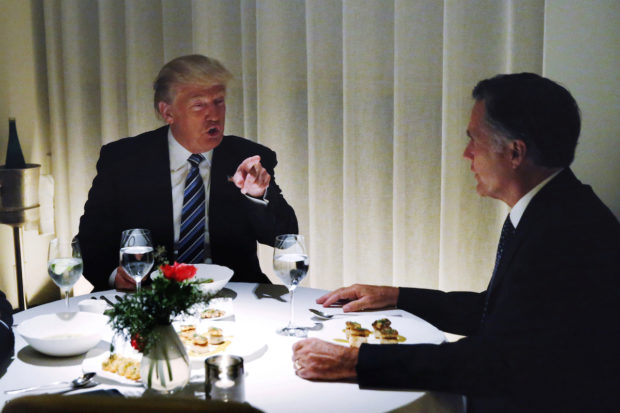 The Texas senator, slightly favored in a close reelection fight this year, told the Star-Telegram that his relationship with the president is “maybe like a lot of women who get married and think they’re going to change their spouse, and that doesn’t usually work out very well.”

While Cornyn said that he has praised Trump when they’ve worked together well, he goes to the president “privately” when he has “differences of opinion.” (RELATED: ‘The Tide Is Turning’: Jesse Watters Describes The ‘Week That Changed The Race’)

“I have found that has allowed me to be much more effective, I believe, than to satisfy those who say I ought to call him out or get into a public fight with him,” he said.