Betting odds are trending up for President Donald Trump, according to several betting exchange services that released data Monday.

Trump’s odds to win the presidency were at an all-time low of 32.8% on Oct. 11, according to Real Clear Politics’ average of several major betting services. Bovada, a major international betting service that constantly updates their numbers, pinned Trump’s odds at +125 at the time of publication, equating to a 44.44% chance of victory. 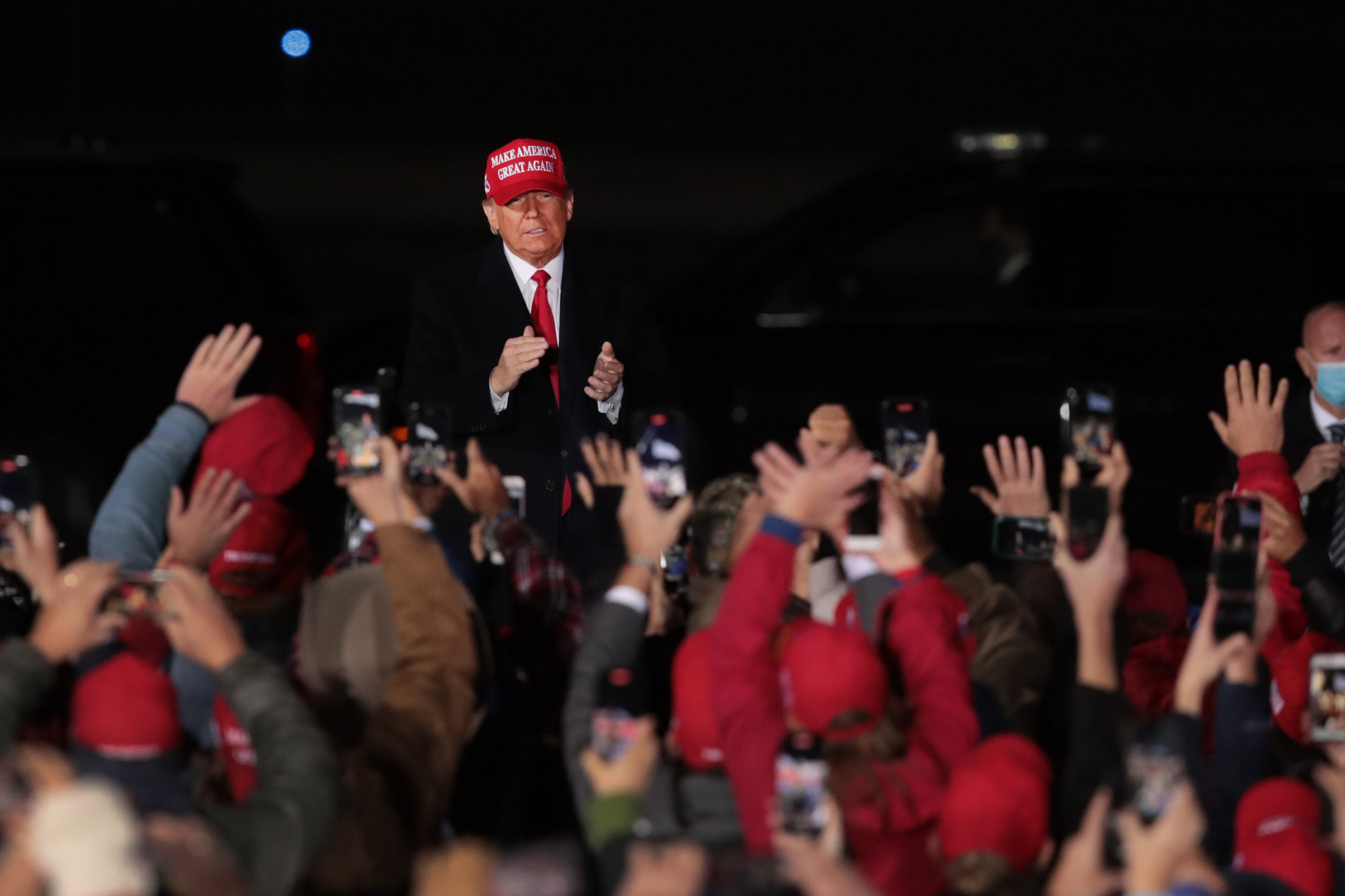 Betfair, another exchange, saw Trump’s odds improving from 2/1 (33%) last week to 6/4 (40%) currently and has the president favored in Florida, a must-win battleground state. (RELATED: ‘The Tide Is Turning’: Jesse Watters Describes The ‘Week That Changed The Race’)

“The Donald Trump effect is really starting to take hold now with his odds to win re-election into 6/4 (40%) from 9/4 (31%) last week and therefore the chance of him causing an upset, as he did in 2016, an even bigger possibility,” said Betfair spokesperson Sam Rosbottom in an email statement. “The President becoming favourite in Florida — arguably the most important state for his campaign — at odds of 10/11, could be a big turning point and it wouldn’t be a surprise to see Joe Biden’s odds of winning the Presidency at 4/6 (60% chance) worsen in the coming days.”

Taking all major betting services into account, Trump’s Real Clear Politics average stood at 40.5% on Monday. Democratic presidential candidate Joe Biden is still favored to win the presidency and is still leading in all major polls. Any signs the race is narrowing ups the stakes even more for the upcoming presidential debate, scheduled for Oct. 22