Masked protestors filmed and cheered as the burning spire of a Chilean church crashed to the ground Sunday night, video shows.

Protests and riots erupted in Chile’s capital city of Santiago over the weekend ahead of a referendum on whether to throw out the country’s constitution, the Wall Street Journal reported. Demonstrators looted stores, vandalized buildings, and set churches on fire on the anniversary of the beginning of the massive 2019 protests against the government.

“This is an expression of brutality,” said Interior Minister Víctor Pérez, the publication reported. “Today we must lament the violent acts, but we will confront them.” (RELATED: ‘A Sham’: National Abortion Rights Action League Wants Feinstein Out After Barrett Hearings) 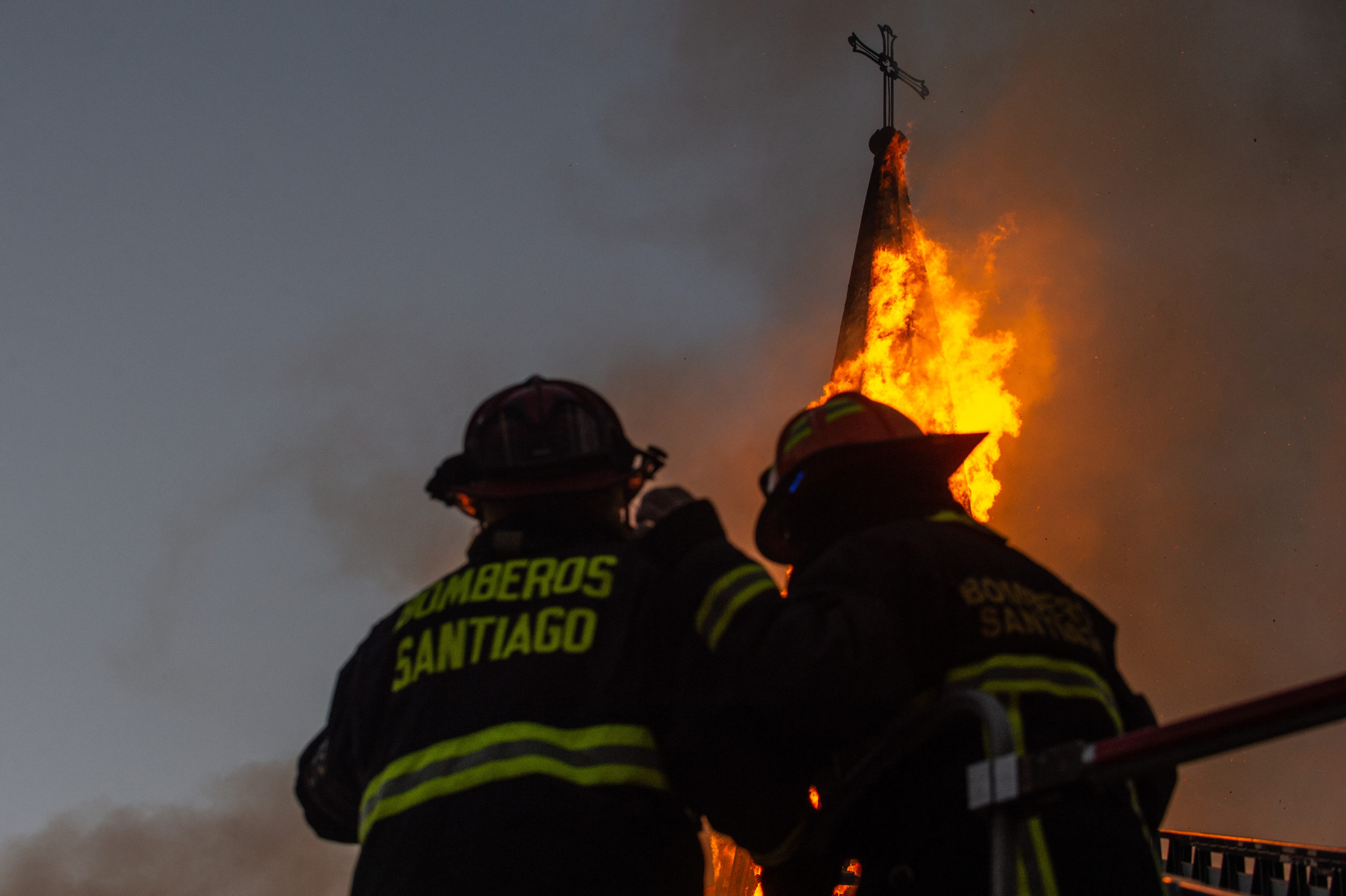 Firemen attempt to put out a church which has caught fire during a protest on October 18, 2020 in Santiago, Chile. A series of protests and social unrest arose on October 18, 2019, after a subway fare increase. It developed in a movement demanding improvements in basic services, fair prices and benefits including pensions, public health, and education. As a result, Chile will hold a referendum next Sunday to decide whether or not to modify the Pinochet-era constitution. (Claudio Santana/Getty Images)

Pérez also said that police had been deployed to protect the city’s subway, which has reportedly frequently been targeted by demonstrators

People cheered as they watched the burning spire of La Asunción church fall to the ground, according to the WSJ. Rioters also set San Francisco Borja church on fire, a church from the mid-19th century, the publication reported.

CHILE | Antifa Celebrates the destruction of the church in Santiagopic.twitter.com/okbvkLbDPO

About 25,000 protestors gathered in the Plaza Italia, the focus of last year’s protests, on Sunday holding banners that demand a new constitution, according to WSJ. The 2019 protests resulted in billions of dollars in damages and over 30 deaths, the publication reported. 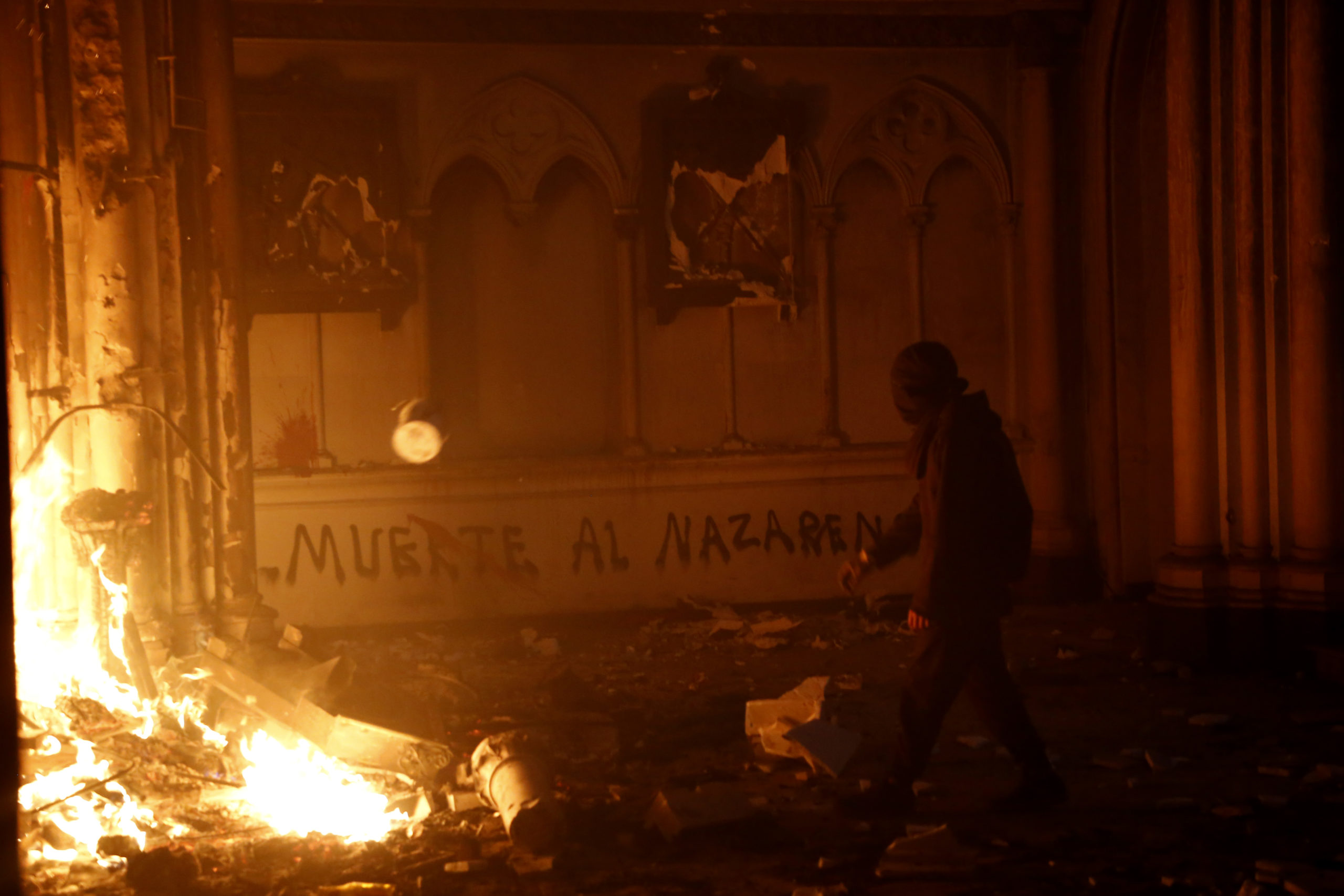 Masked men burn down a Carabineros church during a protest on October 18, 2020 in Santiago, Chile. (Marcelo Hernandez/Getty Images)

The protests and riots began led by high school-students angry over increases in subway prices, according to the WSJ. The students were quickly joined by others, causing the protests to swell into massive crowds of Chileans. The protests were mostly peaceful throughout the day, the WSJ reported, but spiraled into violence after darkness descended on the city.

Police and groups of young men clashed during the night time protests, the publication reported. 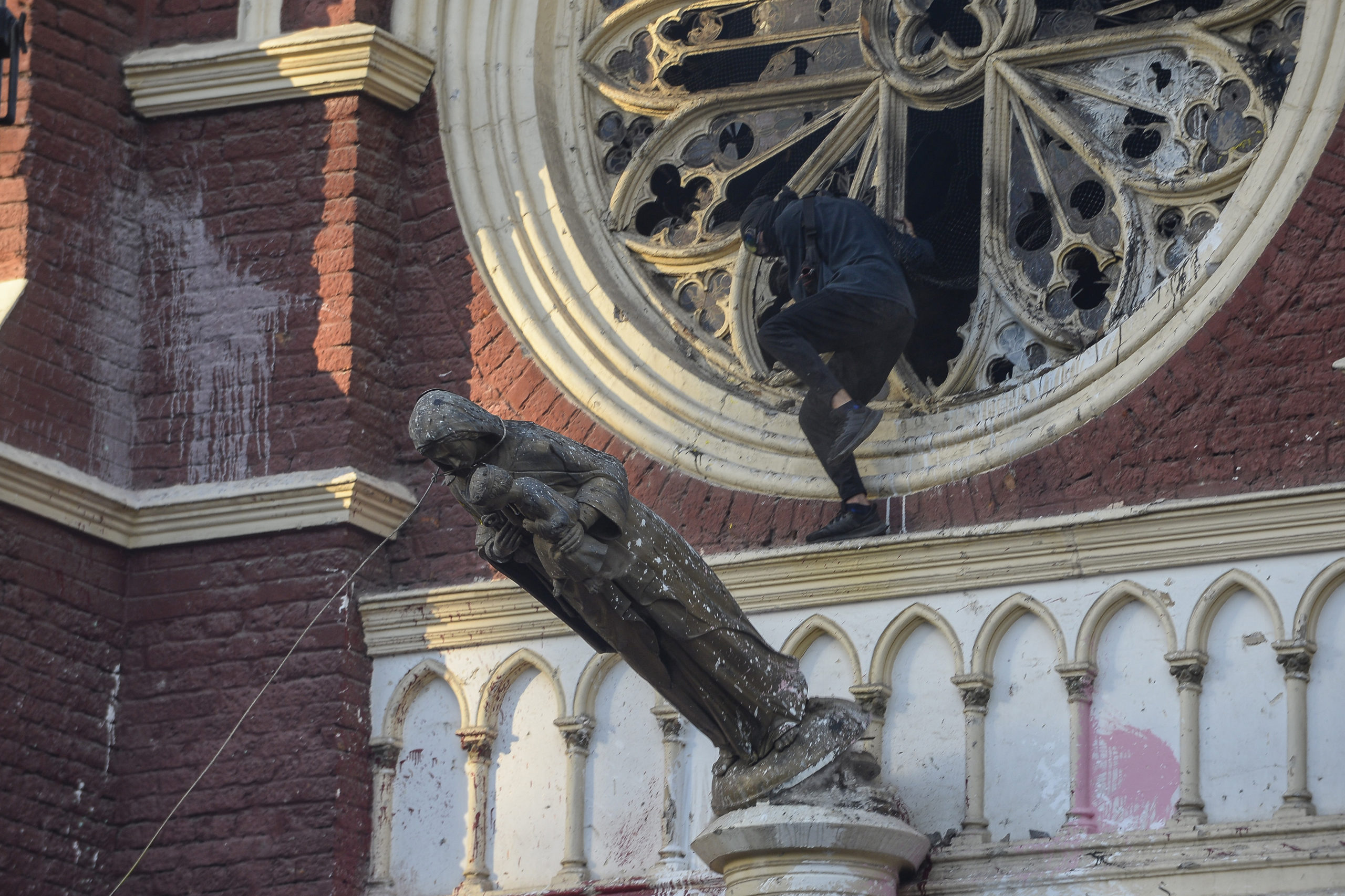 A statue of The Virgin collapses during a protest on October 18, 2020 in Santiago, Chile. A series of protests and social unrest arose on October 18, 2019, after a subway fare increase.  (Claudio Santana/Getty Images)