Trump will spend more than $250 million over the final month of the election on ads in Florida, Pennsylvania, Michigan and Arizona, according to data pulled by Advertising Analytics. 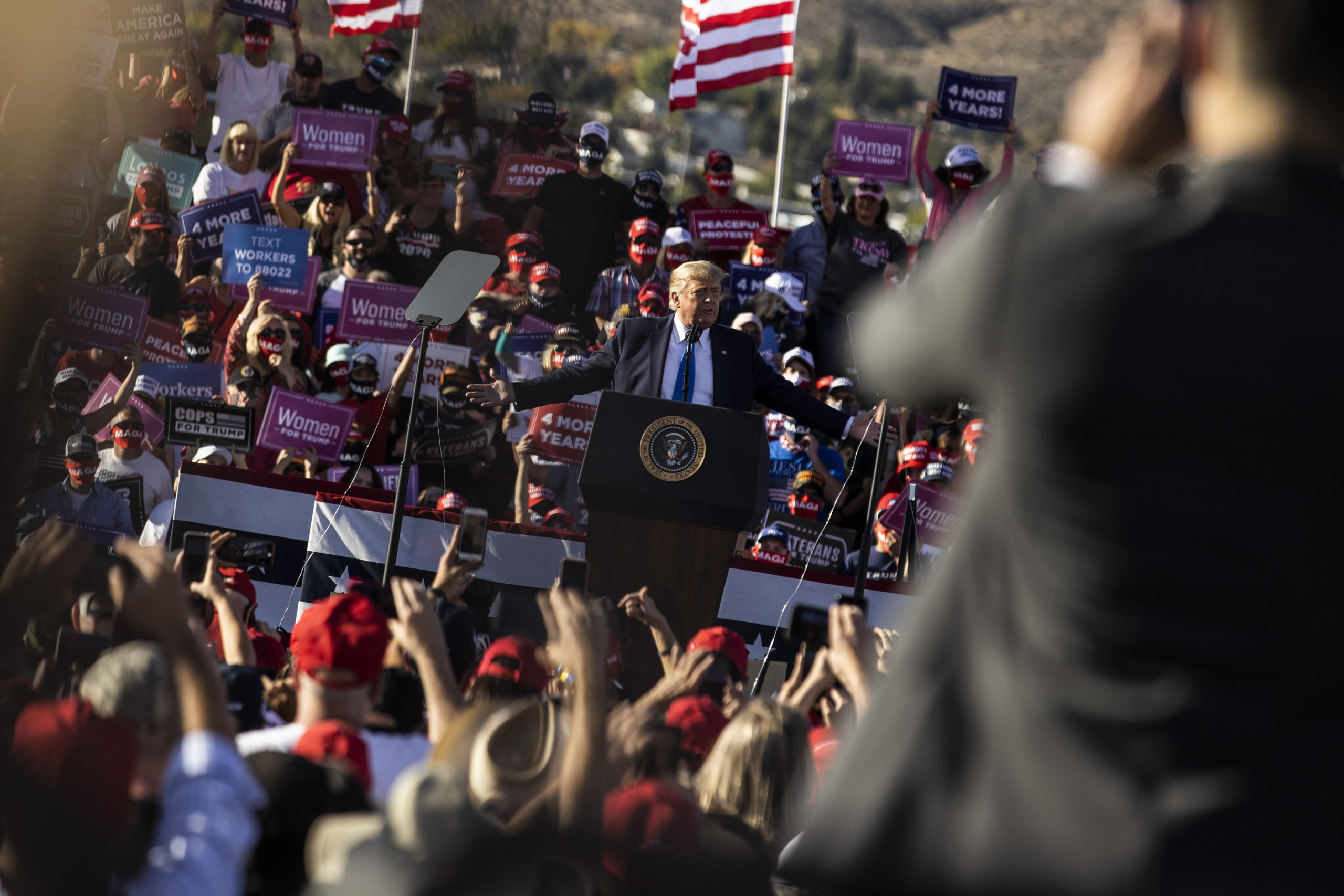 CARSON CITY, NV – OCTOBER 18: President Donald Trump speaks during a campaign rally on October 18, 2020 in Carson City, Nevada. With 16 days to go before the November election, President Trump is back on the campaign trail with multiple daily events as he continues to campaign against Democratic presidential nominee Joe Biden. (Photo by Stephen Lam/Getty Images)

Axios reported Friday that Trump campaign manager Bill Stepien views three specific paths to victory. All three involve the president winning Florida — which Stepien reportedly views, along with Ohio, Georgia, Iowa, and Maine’s 2nd congressional district as the “easy part” — and North Carolina. Two scenarios involve a Trump win in Arizona, with the president taking either Pennsylvania or Michigan in each case, while the final and least likely would see him winning Nevada and Michigan. (RELATED: 1-On-1 With Rudy Giuliani — What Haven’t We Seen From The Hunter Biden Hard Drive, And Why Won’t He Release It In Full?)

New York Times additionally reported Sunday that the Trump campaign is ramping up its advertising campaigns in Wisconsin, Minnesota, Ohio and Iowa the week of October 19, but even with his final stretch ad blitz, the president still trails former Vice President Joe Biden by a significant spending margin in those states.

4. The spending advantage for Biden is not small in key places. Biden+allies are outspending Trump+:

Trump has further ramped up his campaign travel since recovering from coronavirus and will likely hold campaign rallies every day until the November 3 election. Biden, on the other hand, is scaling down his campaign appearances. As of Monday, he is not scheduled to appear in public until Thursday’s third and final 2020 debate.