Trump campaign manager Bill Stepien sent a letter to the Commission on Presidential Debates Monday urging the group to release a new set of topics ahead of Thursday’s third and final debate and to refrain from adding any additional rule changes. 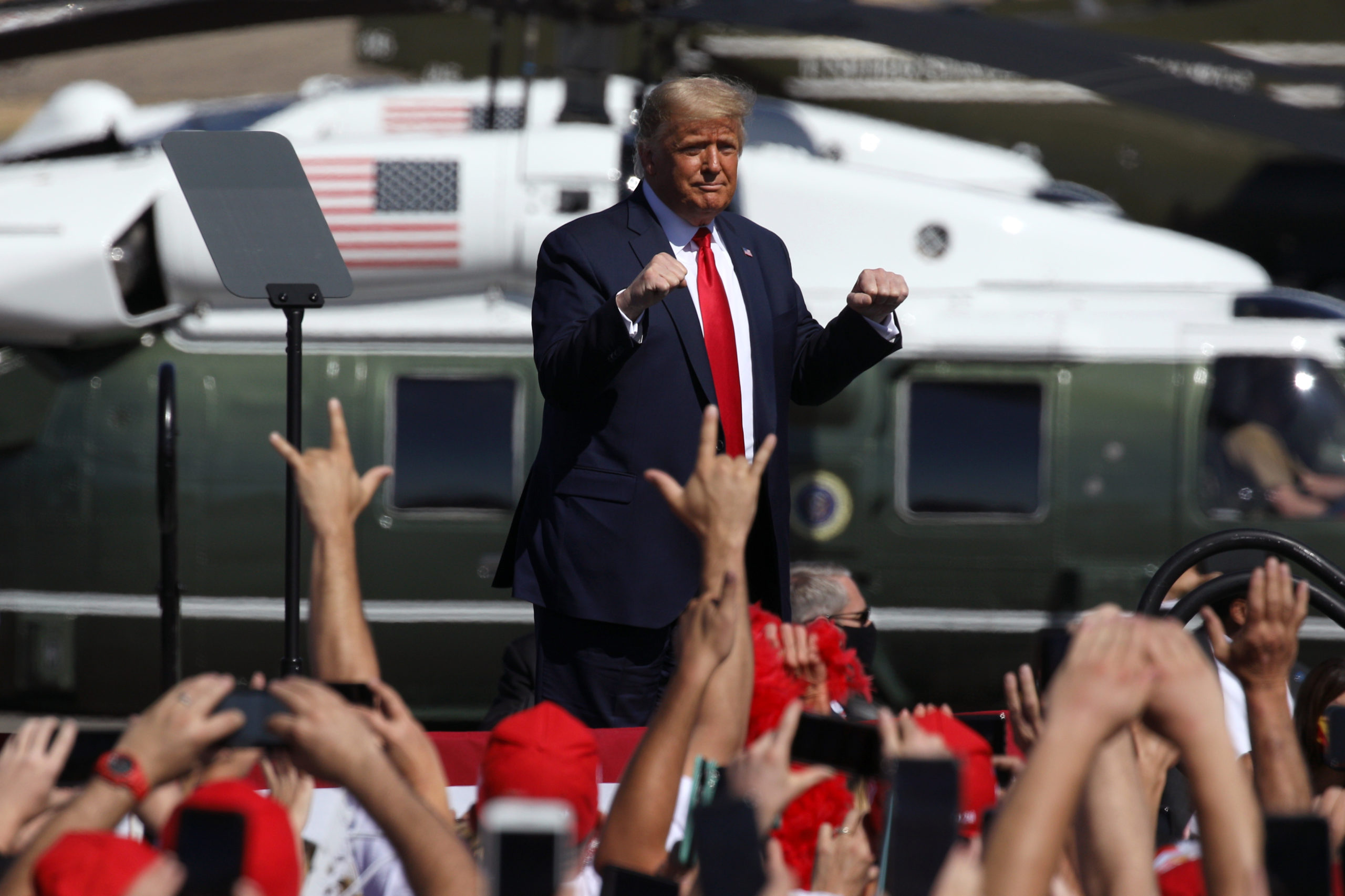 PRESCOTT, AZ – OCTOBER 19: U.S. President Donald Trump arrives at a Make America Great Again campaign rally on October 19, 2020 in Prescott, Arizona. With almost two weeks to go before the November election, President Trump is back on the campaign trail with multiple daily events as he continues to campaign against Democratic presidential nominee Joe Biden. (Photo by Caitlin O’Hara/Getty Images)

The Trump campaign’s letter reads, that Welker’s selected topics “are serious and worthy of discussion, but only a few of them even touch on foreign policy,” as is typical of the third presidential debate.

“Indeed, almost all of them were discussed at length during the first debate,” the letter continues. “We understand that Joe Biden is desperate to avoid conversations about his own foreign policy record, especially since President Trump has secured historic peace agreements among Israel, the United Arab Emirates, and Bahrain.”

The campaign further called reports the Commission is contemplating giving an “unnamed person” a button that could mute the candidates mics “completely unacceptable” and asked the Commission to “rethink and reissue” the topics for Thursday’s debate.

Our letter to the BDC (Biden Debate Commission) pic.twitter.com/ZsY5JfMbT7