Secretary of the Wisconsin Department of Health Services Andrea Palm issued an order Oct. 6 that limited capacity to 25% after Wisconsin saw a spike in coronavirus cases, according to the Associated Press (AP).

However, a judge blocked the order Oct. 14 after the Tavern League of Wisconsin argued the rule was a “defacto closure.” The Tavern League argued Democratic Gov. Tony Evers needed the legislature’s approval to institute an emergency ruling setting capacity limits, referencing a Wisconsin Supreme Court ruling from May that undid Evers’ “safer at home” order, per the same report. (RELATED: Three Trays Of Mail, Including Absentee Ballots, Found In Wisconsin Ditch) 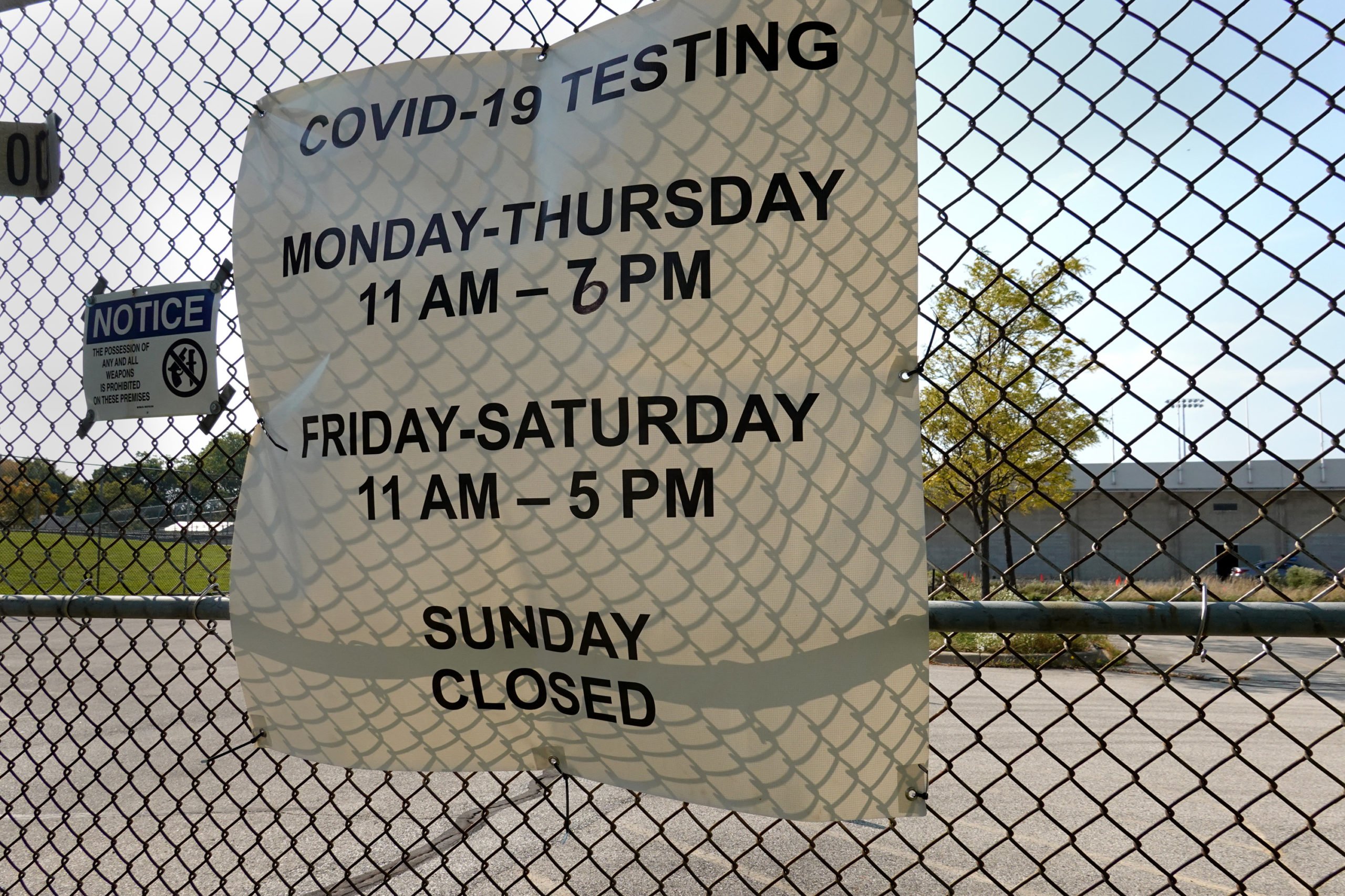 MILWAUKEE, WISCONSIN – OCTOBER 09: A sign hangs on a fence surrounding a temporary test site set up to test for the coronavirus COVID-19 at Barack Obama School on October 09, 2020 in Milwaukee, Wisconsin. Wisconsin currently has one of the highest positivity rates for COVID-19 in the nation. (Photo by Scott Olson/Getty Images)

Babler declined a request from the Tavern League to hold off on reinstating the capacity limit while the lawsuit pends. Babler said the Tavern League couldn’t prove they would be harmed by the order, according to The Public’s Radio.

“I merely have the theoretical issue that if they were to comply, they would suffer harm.”

Tavern League attorney John Johanningmeier said while Evers’ intention may be good, it doesn’t make the order legal, per the same report.

“The pandemic did not suspend the rule of law and our client’s rights.”

The capacity limit is set to expire Nov. 6 but can be renewed.