A Wisconsin domestic violence shelter lost thousands in funding and multiple law enforcement groups cut ties with the non-profit after it declared its support for Black Lives Matter.

The shelter called Embrace, which serves around 90,000 people across four counties, lost $25,000 in funding from Barron County and at least 14 law enforcement groups out of 17 total partners ended their relationship with the domestic violence organization, according to CNN. Embrace proclaimed their support for BLM in a statement on their webpage in September, CNN reported.

“In the midst of a national uprising and dialogue on state violence, Embrace adds their voices affirming the humanity and dignity of Black, Indigenous, People of Color (BIPOC),” the statement read.

“We share the global grief over the lives of George Floyd, Breonna Taylor, and Ahmaud Arbery as well as the shootings of Jacob Blake, and the many other acts of racist violence perpetrated against Black people over the past 400 years in this country,” the organization continued. 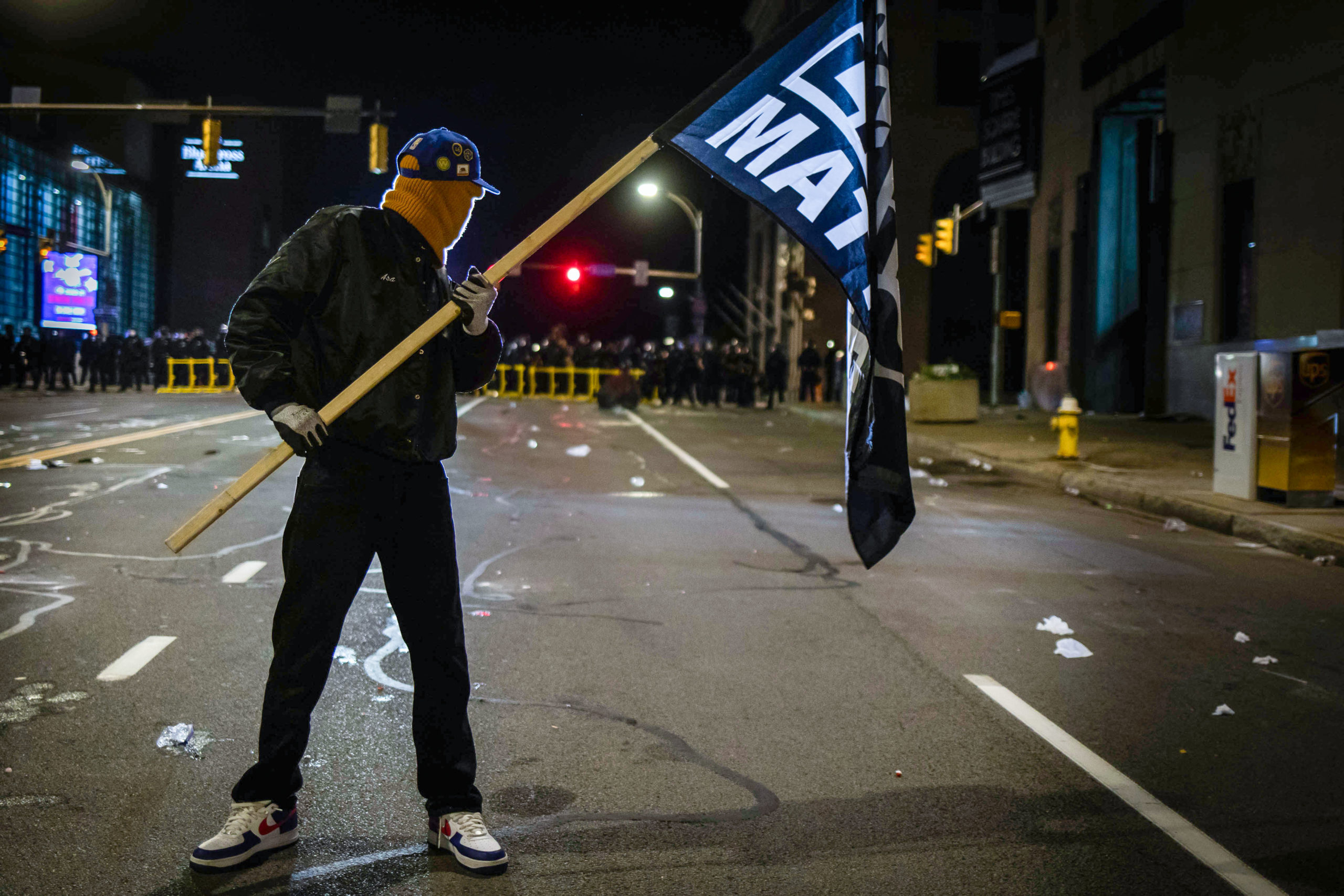 A protester wearing a Black Panther jacket and holding a “Black Lives Matter” flag faces off with riot police in Rochester, New York, on September 5, 2020, on the fourth night of protest following the release of video showing the death of Daniel Prude (MARANIE R. STAAB/AFP via Getty Images).

The Washburn County Sheriff’s Office in a Friday Facebook post announced the end of its partnership with the organization. The law enforcement body did not provide a reason for their departure, but claimed other police departments were following suit.

“This release is to inform the public of the Washburn County Sheriff’s Office ending its partnership with Embrace, a victim advocacy organization, and dispel rumors about this matter,” the post read. “The Washburn County Sheriff’s Office, as well as all other Law enforcement agencies in the surrounding areas, have ended their partnership with Embrace.”

The Spooner Police Department reportedly cut ties with Embrace and the Barron County Sheriff’s Office is seeking an alternative to the organization, according to CNN.

Barron County Sheriff Chris Fitzgerald resigned from the board of Embrace following the announcement, citing concerns that the organization’s support for BLM included an endorsement of “defunding the police.”

“It’s really problematic, because I know that program has saved lives, Bement told CNN. “We never expected our funding to be held hostage or to have joint services benefiting survivors dismantled.”