“In light of ongoing questions about the credibility of these claims and multiple reports that the FBI is investigating their veracity, law enforcement is referring this matter to the FBI,” DSP said in a statement to Newsweek late Tuesday night. DSP also reportedly said the laptop hard drive was not in their possession, despite Giuliani’s claim. (EXCLUSIVE: 1-On-1 With Rudy Giuliani — What Haven’t We Seen From The Hunter Biden Hard Drive, And Why Won’t He Release It In Full?) 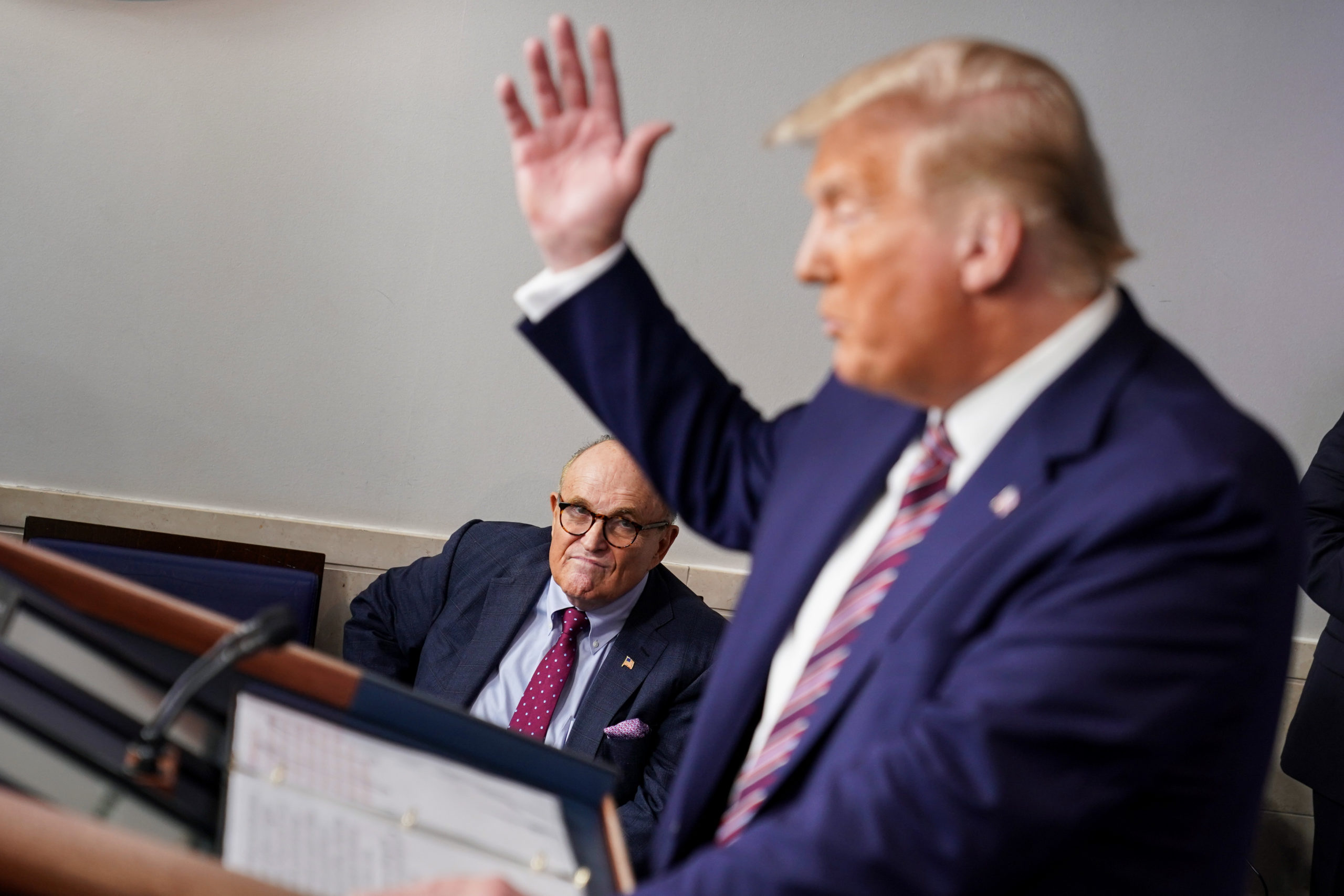 DEVELOPING: @RudyGiuliani displays a “very, very sensitive” alleged text message from Hunter Biden, which he claims to have handed over to the Delaware state police. @gregkellyusa https://t.co/VlT7z8drtO pic.twitter.com/nzbzAb9QbF

Giuliani has spent recent days selectively publishing communications and photos pulled from the hard drive, a copy of which he claims was delivered into his possession by a laptop repair shop owner in Delaware after the man turned the original over to the FBI.

The shop owner, according to Giuliani, made several copies of the hard drive to both shop to Republicans and hand over to friends because he feared going public with its contents put his life in danger.

During an exclusive interview with the Daily Caller, Giuliani refused to hand over his entire copy of the hard drive so that its contents could be verified.

President Donald Trump himself has called on Attorney General Bill Barr to appoint a special counsel to probe the accusations from Giuliani.

“We’ve got to get the attorney general to act,” Trump said on the subject during an interview Tuesday on Fox News. “He’s got to act, and he’s got to act fast. He’s got to appoint somebody.”

“This is major corruption, and this has to be known about before the election,” the president added. “This has to be done early, so the attorney general has to act.”