The parents of 545 migrant children cannot be reached by lawyers who were tasked with locating them by a federal judge in 2018, according to court filings.

The majority of the parents who cannot be located were deported to Central America without their children, an American Civil Liberties Union (ACLU) filing said, according to NBC News. Judge Dana Sabraw of the Southern District of California ordered the Trump administration to assist ACLU lawyers in July 2018 to locate the so-called “missing parents.”

“It is critical to find out as much as possible about who was responsible for this horrific practice while not losing sight of the fact that hundreds of families have still not been found and remain separated,” Lee Gelernt, deputy director of the ACLU Immigrants’ Rights Project, told NBC news. “There is so much more work to be done to find these families.”

Gelernt continued: “The tragic reality is that hundreds of parents were deported to Central America without their children, who remain here with foster families or distant relatives.” (RELATED: ‘Yes, They Will Be Deported’: Illegal Aliens With A Criminal Record Barred From Asylum Under Finalized Rule) 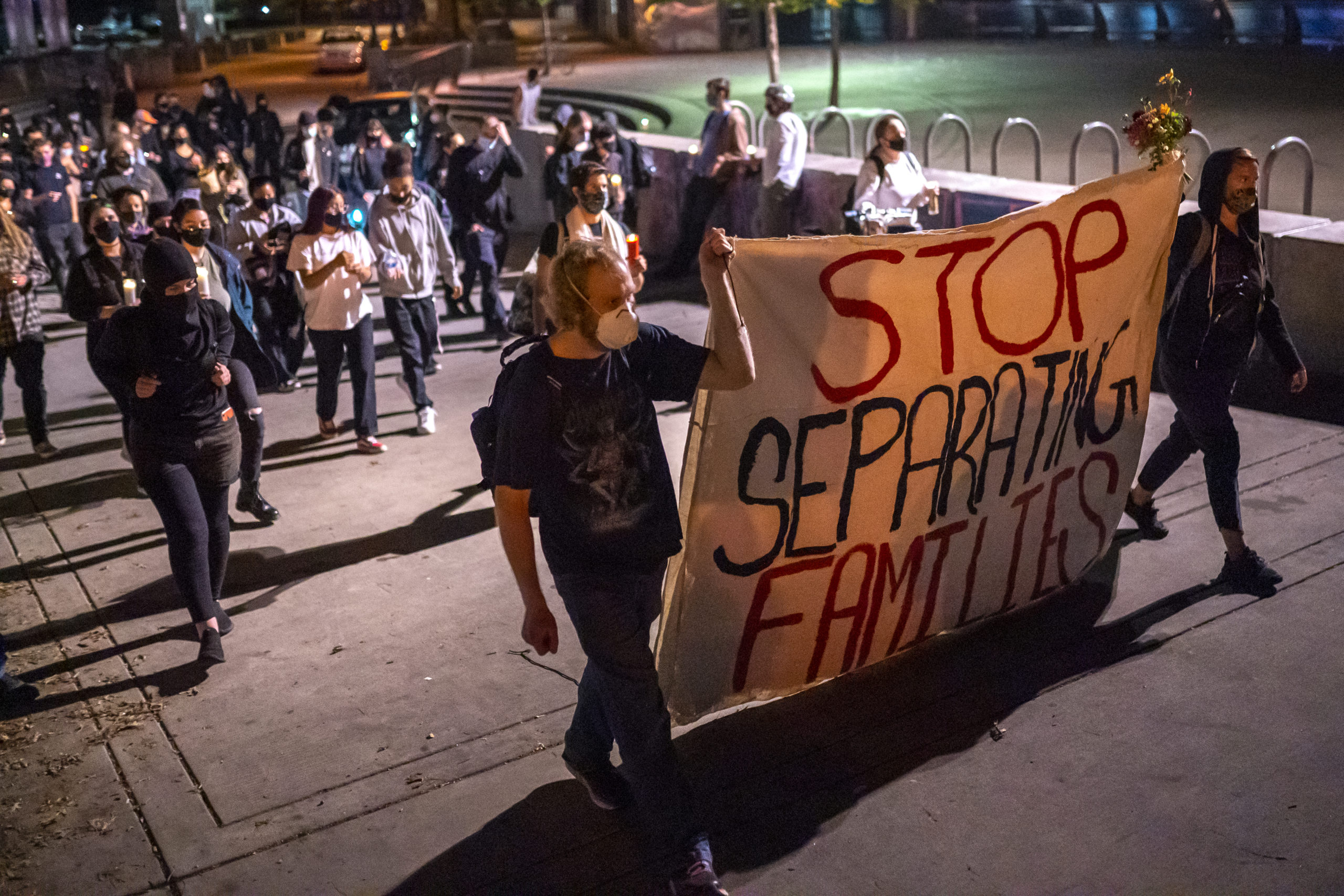 Activists march along the waterfront during a protest against the Immigration and Customs Enforcement agency on Oct. 3 in Portland, Oregon. (Nathan Howard/Getty Images)

The Department of Homeland Security (DHS) pushed back against the NBC News report in a statement to the Daily Caller News Foundation.

“This narrative has been dispelled on numerous occasions,” DHS spokesperson Chase Jennings said. “DHS has taken every step to facilitate the reunification of these families where the parents wanted such reunification to occur.”

Jennings continued: “The simple fact is this: after contact has been made with the parents to reunite them with their children, many parents have refused. In the current litigation, for example, out of the parents of 485 children whom Plaintiffs’ counsel has been able to contact, they have yet to identify a single family that wants their child reunited with them in their country of origin.”

The ACLU and other organizations appointed by Sabraw have been able to successfully contact deported parents of more than 550 children, according to NBC News. In 2017, DHS data showed that more than 1,000 families were separated through deportations.

Gelernt told NBC News that some of the parents who have been reached, prefer their children to remain in the U.S. “due to fear of what will happen to their child” if reunited in their home countries. Such children typically live with relatives and sponsors.

In a different ruling, Sabraw ordered the government to stop its family separation policy in June 2018, CNN reported. The order also required officials to reunify all minors with their parents.