“It is so revealing to watch elite society keep stumbling upon mainstream religious beliefs and practices that are shared by huge numbers of Christian Americans and thinking they’ve discovered some secret scandal,” McConnell said in a Wednesday statement. (RELATED: Barrett Addresses Attacks On Her Adopted Children From Haiti)

Our Constitution forbids disqualifying people from public service due to their religious beliefs. The far left has either forgotten this or just doesn’t care. It only underscores why we need well-informed jurists like Judge Barrett to protect our Constitution & Americans’ rights. pic.twitter.com/9iCPWs3V7P 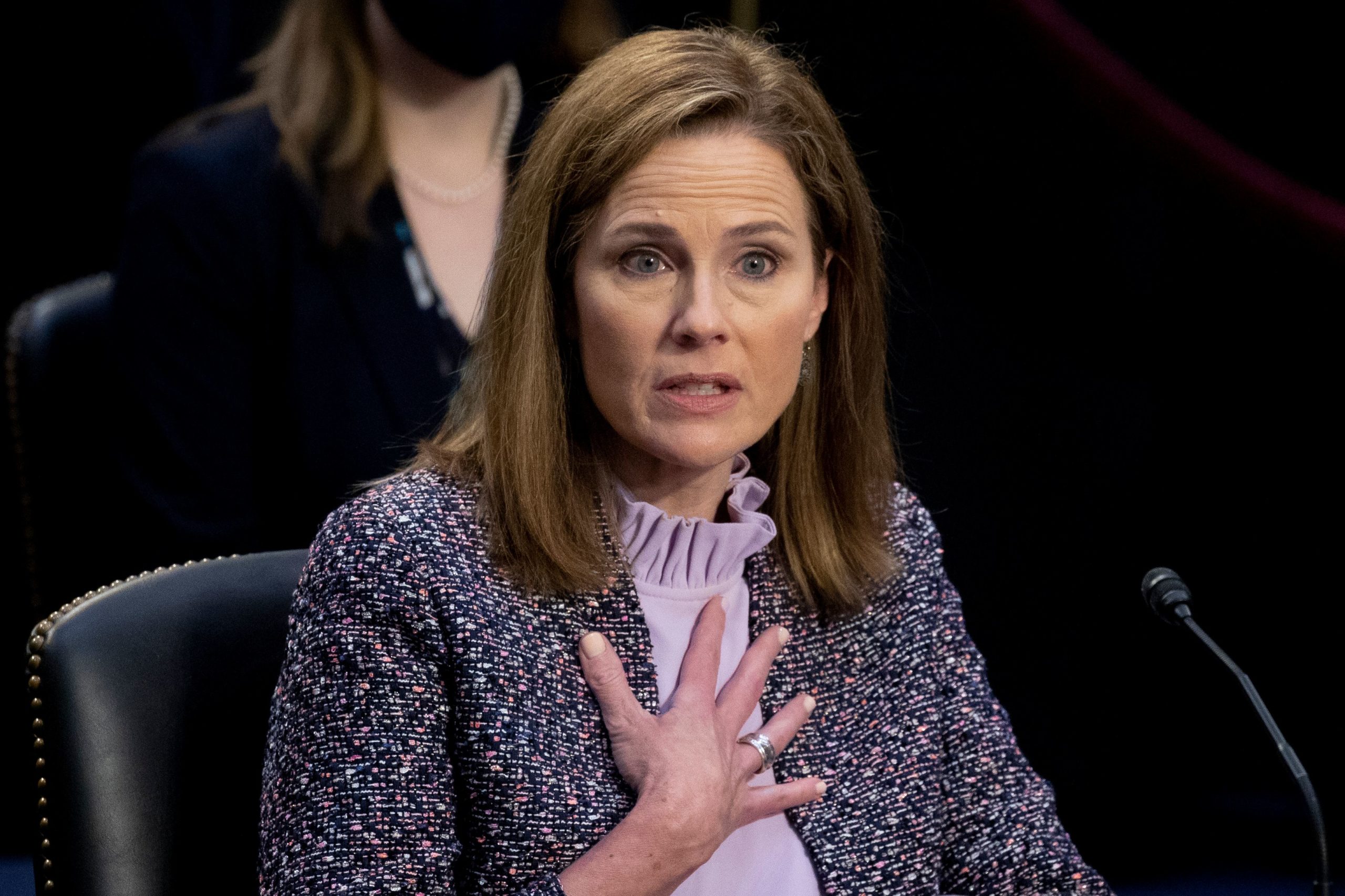 “The slanted story then attacks the school for holding traditional views about sex and marriage, and baselessly asserts that Judge Barrett’s personal views on these matters would be ‘particularly crucial’ to her jurisprudence,” McConnell said. “In reality, Judge Barrett has taken the same oath of impartiality as every other federal judge, and has affirmed over and over that her legal judgment is independent from her private opinions.”

“The anti-religious bigotry needs to stop,” he added. “It is an embarrassment to those who propagate it. Fortunately, it will not stop the Senate from voting to confirm this outstanding nominee in just a few days.”

The Kentucky senator said that since Barrett’s credentials are “unassailable,” Democrats and “their press allies continue to fumble for other lines of attack, including her religious faith.” McConnell referenced Democratic suggestions in 2017 that Barrett’s Catholic faith made her unfit to be a federal judge, calling these attacks “open and unveiled.”

“This time, euphemisms and insinuations have carried the day,” McConnell said. “One Judiciary Committee Democrat attacked the nominee’s ‘closely held views.’ Another Senator wrote a letter arguing that Judge Barrett’s normal and widely-held Catholic views on when life begins should disqualify her from judicial service. The press has worked overtime to paint Judge Barrett’s private faith practices as exotic, ominous, and fair game for public critique.”