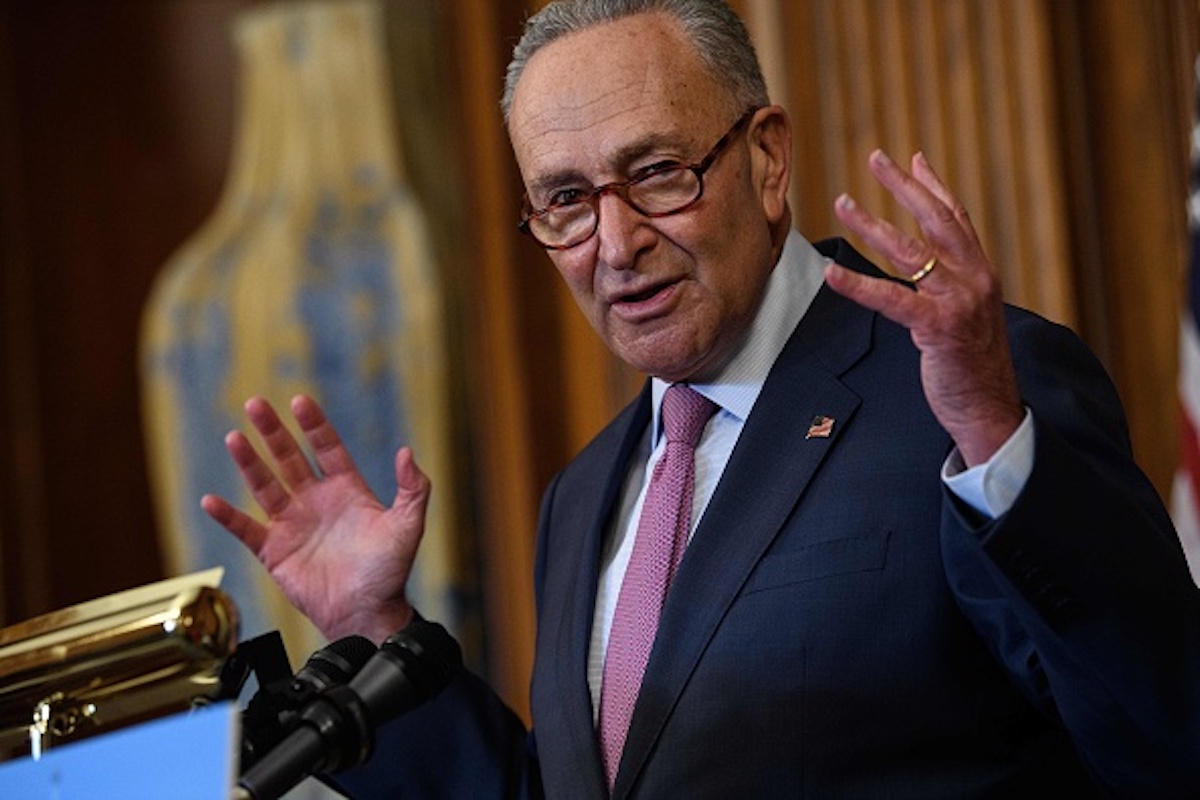 US Senate Minority Leader Chuck Schumer(D-NY) speaks at a press conference at the US Capitol in Washington, DC, on September 17, 2020. (Photo by NICHOLAS KAMM/AFP via Getty Images)

In early October, Senate Minority Leader Chuck Schumer said Democrats will not “supply quorum” for votes in the Senate as a way to try and block the confirmation of Barrett before the election. (RELATED: Schumer Says Democrats Will Try To Block Barrett Confirmation By Not Giving Republicans Quorum)

A quorum is the minimum number of members present either in a committee or the entire Senate to hold votes, Fox News reported. The quorum in the Senate is 51 members. There are 22 members on the Senate Judiciary Committee, which is in charge of the confirmation process, and nine members are required for a quorum in the committee, including at least two from the minority party, according to Fox News.

“We will talk about when the actual vote occurs in committee and on the floor. Democrats will not supply the quorum,” Schumer said during the press conference. “Period.” (RELATED: Senate Will Vote To Confirm Amy Coney Barrett October 26, Announces Senate Majority Leader McConnell)

During that press conference, Schumer slammed Republicans for pushing Barrett’s confirmation forward, saying Senate Democrats will do everything they can to prevent Barrett from being confirmed.

Senate Majority Leader Mitch McConnell announced Tuesday that the Senate would vote Oct. 26 to confirm Barrett. Both, Schumer and ranking committee member Dianne Feinstein did not immediately respond for comment when asked about the possible boycott by the Daily Caller.