The Supreme Court ruled late Wednesday evening that voters, including those with impaired mobility or vulnerable to coronavirus, cannot cast their ballot curbside in Alabama. The state does not require voters to wear masks at the polls.

The case was decided by a 5-3 margin. Republican Alabama Secretary of State John Merrill challenged a ruling from September that determined curbside voting was permitted, according to Fox News.

Jefferson and Montgomery counties planned to allow curbside voting for vulnerable voters since the state does not require face masks at polling locations. Merrill barred the practice in May, prompting several lawsuits, according to UPI. 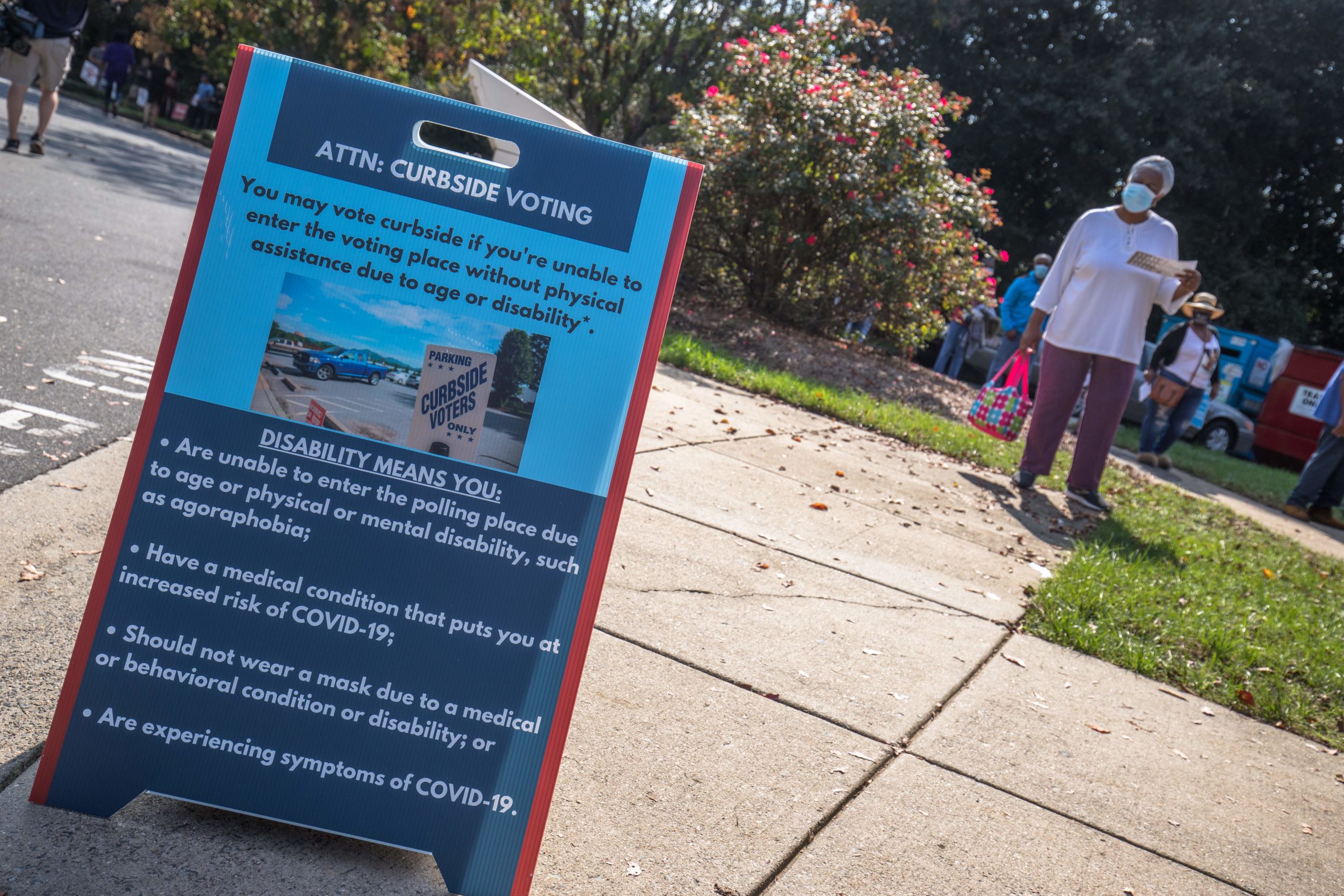 A voter reads curbside voting information in Charlotte, North Carolina, as she waits in line to cast her ballot at the West Boulevard branch of the Mecklenburg County library on October 15, 2020, the first day of early voting. (Photo by Grant Baldwin / AFP) (Photo by GRANT BALDWIN/AFP via Getty Images)

Federal Judge Abdul K. Kallon ruled in September that the ban violated the Americans with Disabilities Act by forcing vulnerable voters to vote in person and ruled that voters could hand off their ballots to an election worker outside a polling location. The 11th Circuit Court of Appeals upheld Kallon’s ruling, prompting the state to appeal to the Supreme Court, according to The New York Times.

“If those vulnerable voters wish to vote in person, they must wait inside, for as long as it takes, in a crowd of fellow voters whom Alabama does not require to wear face coverings,” Sotomayor wrote. “The secretary does not meaningfully dispute that the plaintiffs have disabilities, that COVID-19 is disproportionately likely to be fatal to these plaintiffs, and that traditional in-person voting will meaningfully increase their risk of exposure.”

Sotomayor quoted testimony from Howard Porter Jr., a black man in his seventies who has asthma and Parkinson’s disease and is one of the plaintiffs in the case.

“This Court should not stand in their way,” she reportedly wrote.