President Donald Trump and Democratic presidential nominee Joe Biden met in the second and final debate ahead of the Nov. 3 election Thursday night, with the president seeking to pin down Biden on recent corruption allegations.

NBC News held the debate in Nashville, Tennessee, with reporter Kristen Welker moderating. The debate was the first in which each candidate was muted for the duration of his opponent’s allotted two minute response time for each question. The Commission on Presidential Debates (CPD) resorted to the measure after the first debate featuring Trump and Biden routinely talking over one another.

Trump and Biden were more civil throughout the debate, with the president adopting a markedly more reserved tone and offering more deference to Welker than he did the previous moderator, Fox News’ Chris Wallace. Welker led the candidates through the issues with confidence, allowing both to broach new topics but keeping the back-and-forth in check.

The debate came following a report by the New York Post alleging Biden both knew of and participated in his son Hunter Biden’s business dealings overseas. While Trump has worked to put the issue center stage since the news broke last week, Biden, social media platforms, and many outlets have sought to bury the story.

While the emails at the center of the allegations lacked strong verification since their initial publication last week, one of Hunter Biden’s business associates, Tony Bobulinksi, said that the allegations that Joe Biden benefitted monetarily from his son’s business dealings in China were true.

Welker only allowed the candidates to discuss the emails for a handful of minutes, however, giving Trump and Biden both 30 seconds to speak on the issue and asking a follow-up to Biden. (RELATED: Schumer Says Democrats Will Try To Block Barrett Confirmation By Not Giving Republicans Quorum)

Biden was the first to broach the issue of the allegations against he and his son, saying former New York City Mayor Rudy Giuliani was being used as a “Russian pawn,” and was being fed false information.

BIDEN: “His buddy Rudy Giuliani, he is being used as a Russian pawn. He’s being fed information that is Russian — that is not true.” pic.twitter.com/NsvWTq6EdB

It was Giuliani who first connected the New York Post with the Delaware compute repair shop owner who claims Hunter Biden dropped off a laptop featuring emails that, if authentic, show Biden and his son took money from overseas entities while he was vice president.

Biden denied that he had ever profited from his son’s business dealings, again contradicting statements from Bobulinski and the reported emails. Biden argued Trump shouldn’t accuse him of corruption when he himself is unwilling to release his tax returns.

Welker then asked Biden directly whether he had any unethical dealings with his son, which he denied.

Biden says that nothing was done wrong in terms of his son’s business dealings in Ukraine and China:

“My son has not made money in terms of this thing about– China. I have not had — the only guy who made money from China is this guy.” pic.twitter.com/2ZqcWcqiHm

Trump and Biden came back to the issue later on, with Biden outright arguing the laptop and emails were a Russian plant.

Welker began the debate with coronavirus, questioning both candidates about how they would lead the U.S. through the next stage of the COVID-19 pandemic.

Trump touted his Operation Warp Speed efforts to fast track a coronavirus vaccine, saying a vaccine is ready and repeating his promise that every American would have access to the vaccine by the end of the first quarter of 2021.

Welker questioned Trump’s vaccine timeline, referencing some experts who have said the U.S. won’t return to normalcy until well into 2021 or even 2022.

Biden pointed to the still-mounting death toll, saying Trump has “no comprehensive plan” on coronavirus. He then criticized Trump for waiting to shut down travel from China after 40 countries had already done so. Trump made the move in late January, and Biden at the time criticized the move as “xenophobic.”

Welker then questioned Biden on his willingness to pursue lockdowns even 7 months into the pandemic, as many fear further lockdowns could bring permanent economic disaster. Biden argued he is “shutting down the virus, not shutting down the country,” reiterating his past argument that the nation can’t begin true recovery until the virus is completely dealt with.

Biden later on in the debate endorsed the idea of raising the national minimum wage to $15, arguing it would assist small businesses trying to recover from the effect of COVID-19. Trump derided the statement, arguing that jacking up the minimum wage in a time of economic unrest would kill more businesses.

Welker turned the conversation toward social security and healthcare, questioning Trump on his opposition to Obamacare and his administration’s ongoing attempt to dismantle it in the Supreme Court.

Trump reiterated his support for coverage for pre-existing conditions, saying any plan he and Republicans would use to replace Obamacare would include such coverage. Trump went on to accuse Biden of supporting socialized medicine.

Welker jumped off Trump’s accusation and asked Biden to elaborate on his plan to “build off of” Obamacare.

Biden said he would facilitate competition between health insurance companies and emphasized that he did not want to end private health insurance. He argued that one of the central reasons he stood out from his Democratic competitors in the party’s presidential primary was his opposition to banning private insurance.

Welker then asked Biden directly whether his plan would take the country one step closer to having the government be the sole provider of healthcare, which Biden denied.

Joe Biden claims that not one person lost their insurance under Obamacare pic.twitter.com/l7ddT2NwO7 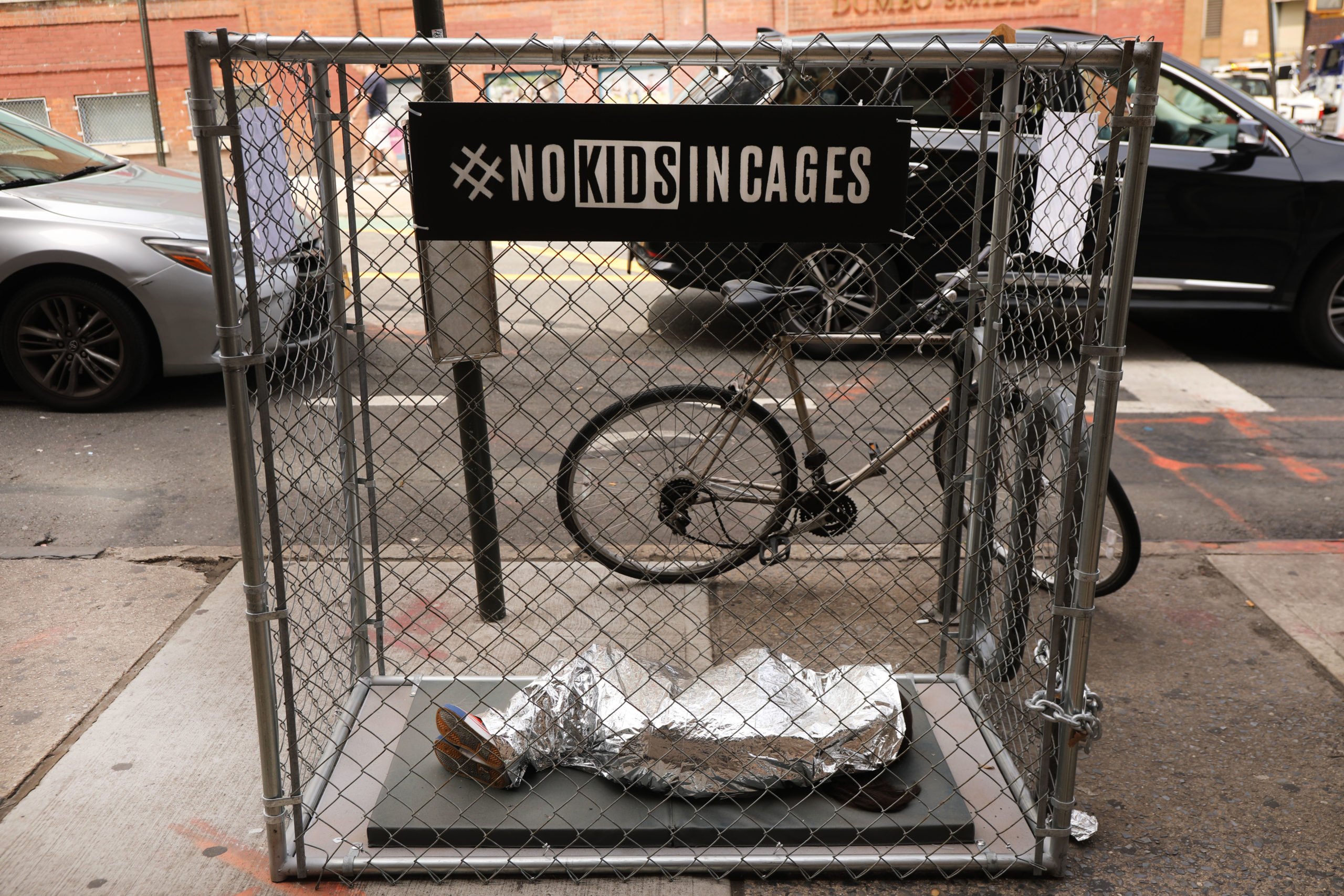 NEW YORK, NEW YORK – JUNE 12: A pop-up art installation depicting a small child curled up underneath a foil survival blanket in a chain-link cage stands along a Brooklyn street on June 12, 2019 in New York City. (Photo by Spencer Platt/Getty Images)

Welker then turned the conversation toward immigration, questioning Trump on his child separation policies and asking how he planned to reunite families.

Trump said children are brought across the border by “cartels and coyotes,” and argued the Obama administration had started the child separation policy and his administration was responsible for ending it.

Biden argued the Trump administration knowingly used the child separation policy as a deterrent for those seeing asylum in the United States.

Welker questioned both Trump and Biden on their past positions on race issues. Biden argued that Trump had flirted with white supremacist groups and Trump pointed to Biden’s 1994 crime bill that he has now disavowed.

Trump argued Biden has had decades to fix his mistakes both in the Senate and as vice president for 8 years.

“Why didn’t you get it done?” he asked Biden. “You put tens of thousands of mostly black young men in prison.”

Biden argued the Republican Congress blocked the Obama administration from acting on criminal justice reform. Trump then pointed out that he was able to pass the First Step Act alongside Republicans, saying he “had to convince Democrats.”

Welker finished the debate on the topic of climate change, questioning Trump’s decision to withdraw from the Paris Accords and asking Biden to give a final answer for his position on fracking. Biden said he opposed a ban on fracking but later said he would seek to transition the U.S. away from oil.