Smith is leading Lewis 43% to 42%, with three percent favoring other candidates and the other 12% undecided, according to a KSTP/SurveyUSA poll released Wednesday. The poll was conducted conducted from October 16 to 20.

A poll conducted by Civiqs over the same timeframe still had Smith up by 11 points, while a Change Research poll had the senator up by four. Both polls, however, are rated B to C- by Nate Silver’s FiveThirtyEight while the SurveyUSA got an A rating. The RealClear Politics polling average currently has Smith leading Lewis by 5.8 points.

Lewis’ gains in the polls could be due to the drop in Smith’s lead with women and suburban voters, according to KSTP. Lewis also leads with rural voters while Smith leads in urban areas.

“This Senate race could go either way and it’s a bit of a surprise because Tina Smith has had a lot more resources than Jason Lewis,” Carleton College political analyst Steven Schier told the outlet. “It’s been a long time since Jason Lewis has been on the radio as a talk show host. He’s been a member of the House. He’s run for office for Congress twice and for some voters that’s old news.” 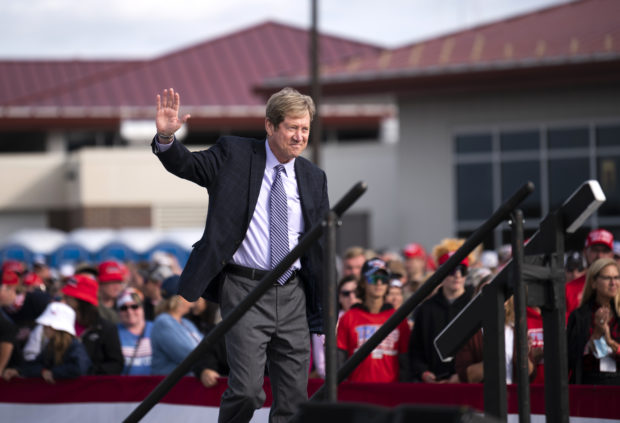 Smith had reportedly outraised Lewis by $14 million to $5 million at the end of September.

Schier described the support for both candidates as “two Minnesotas.”

“There’s the metro area which is blue for Biden and Smith and by big margins, but the entire rest of the state is favoring both Lewis and Trump,” he told KSTP. (RELATED: LEWIS: Minnesota Is Less Liberal Than It Once Was — And Democrats Are Struggling To Adapt)

Smith, who was appointed to the Senate to replace former Minnesota Sen. Al Franken in 2017, won a special election in 2018 to serve the rest of Franken’s term.

The poll was conducted using 625 “likely voters” and has what the outlet called a “credibility interval” of +/- 5 percent, which is similar to margin of error.