Adolf Hitler’s handwritten speeches sold at auction Friday in Munich despite resistance from Jewish groups who said the sale of items could encourage neo-Nazis and “defies logic, decency and humanity.”

The Hermann Historica auction sold all the items, which dated to before World War II, to anonymous bidders, according to the Associated Press (AP).

Among the items included a nine-page manuscript outlining a speech to new military officers from Hitler eight months before the beginning of World War II and was sold for €34,000, or $40,300, per the same report.

Other items referenced Germany preparing for war and the “Jewish problem,” Bernhard Pacher, the managing director of the Hermann Historica house, said earlier this week, per the AP.

“These are handwritten notes from Adolf Hitler, where if you analyze what he wrote … you can prove he was publicly speaking about going to war, about ‘resolving the Jewish problem,'” Pacher told the AP.

“If we destroy these things and they do not go into a museum for experts to work on them, you will leave the interpretation of what was happening to the right-wing Nazi apologists, who will say Hitler never said that,” he continued.

However, Rabbi Menachem Margolin criticized the action earlier this week, noting the sale of items could encourage neo-Nazis amid a rise in anti-Semitism in Germany, per the same report. (RELATED: Almost 20% Of New York Millennials Blame Jews For The Holocaust)

“I cannot get my head around the sheer irresponsibility and insensitivity, in such a febrile climate, of selling items such as the ramblings of the world’s biggest killer of Jews to the highest bidder,” the rabbi said. “What auctions like this do help legitimize Hitler enthusiasts who thrive on this sort of stuff.”

The auction house has sold other Nazi-related items in the past, including a silver-plated edition of his book “Mein Kampf.” 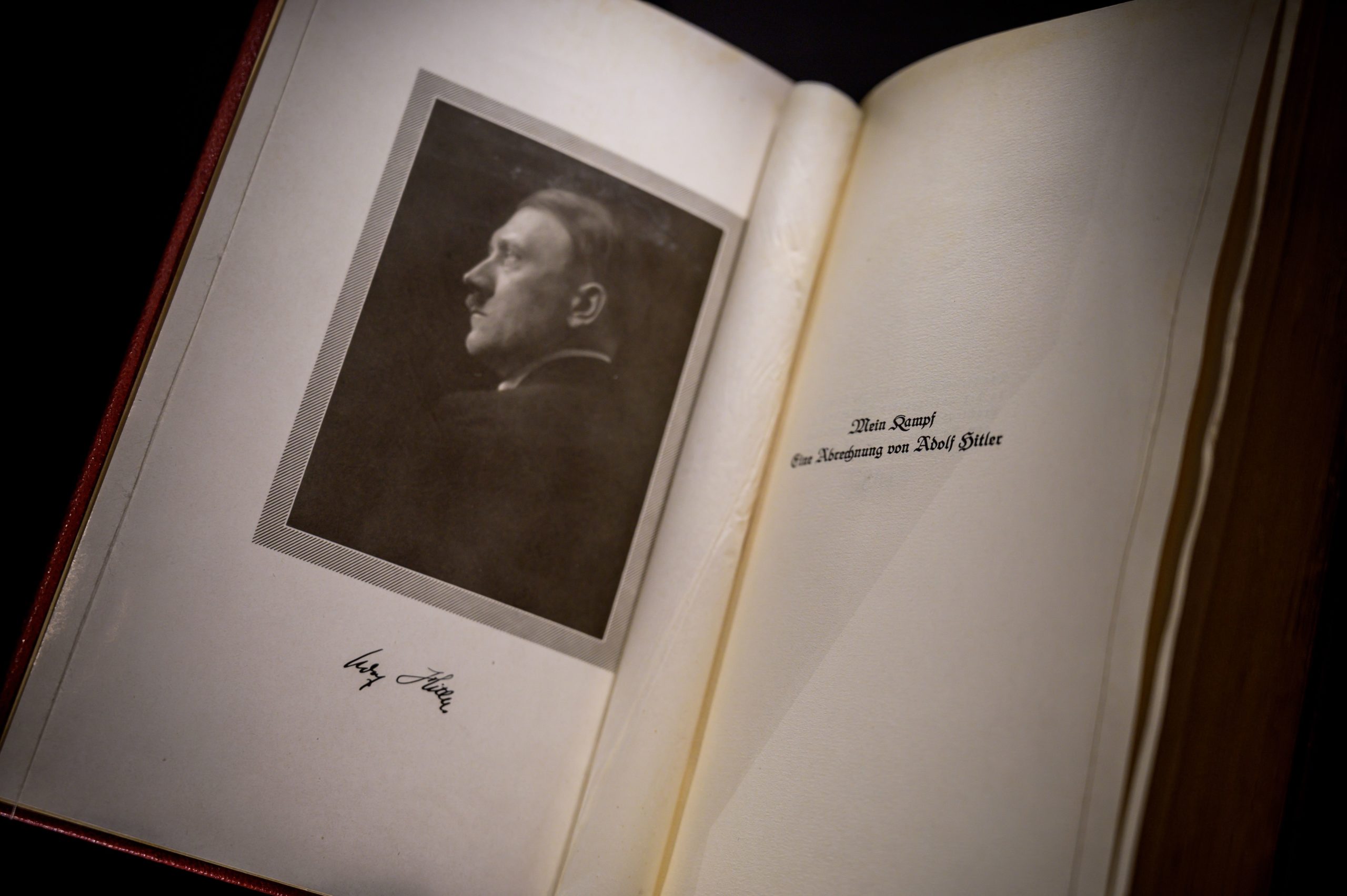 An autographed original edition of Adolf Hitler’s “Mein Kampf” book is displayed at Martin Bodmer Foundation during the “War and Peace” exhibition on October 11, 2019 in Cologny near Geneva. – Hitler’s “Mein Kampf” and a 5,000-year-old peace treaty — the world’s oldest — represent opposite poles in the eternal human struggle between the propulsion to war and the desire for peace. (Photo by FABRICE COFFRINI / AFP) (Photo by FABRICE COFFRINI/AFP via Getty Images)

However, a Swiss real estate mogul bought the book and other items that were auctioned in order to keep them out of the hands of neo-Nazis and instead donated them to a Jewish group, per the AP.

But Margolin said the businessman’s intervention was a “miracle” but that “we cannot rely on miracles going forwards.”

“It defies logic, decency and humanity for the very same auction house that came under fire less than a year ago for selling disgusting lots of Nazi memorabilia that they should do so again.”