Shipp rejected the campaign’s request for an injunction to stop the statewide order that allows election officials to count mail-in ballots 10 days before Election Day and accept unpostmarked ballots up to two days afterwards, according to Bay News 9.

Shipp said the plaintiffs “fail to establish they are likely to succeed on the merits of their claims.”

“It is difficult – and ultimately speculative – to predict future injury from evidence of past injury,” Shipp wrote Thursday, per the same report.

Earlier this month, Shipp denied the campaign a preliminary injunction after the campaign sought to overturn the protocol that allows ballots without a postmark but received two days after the election to be counted. (RELATED: Here Are All The States That Have Extended Their Mail-In Ballot Receipt Deadline) 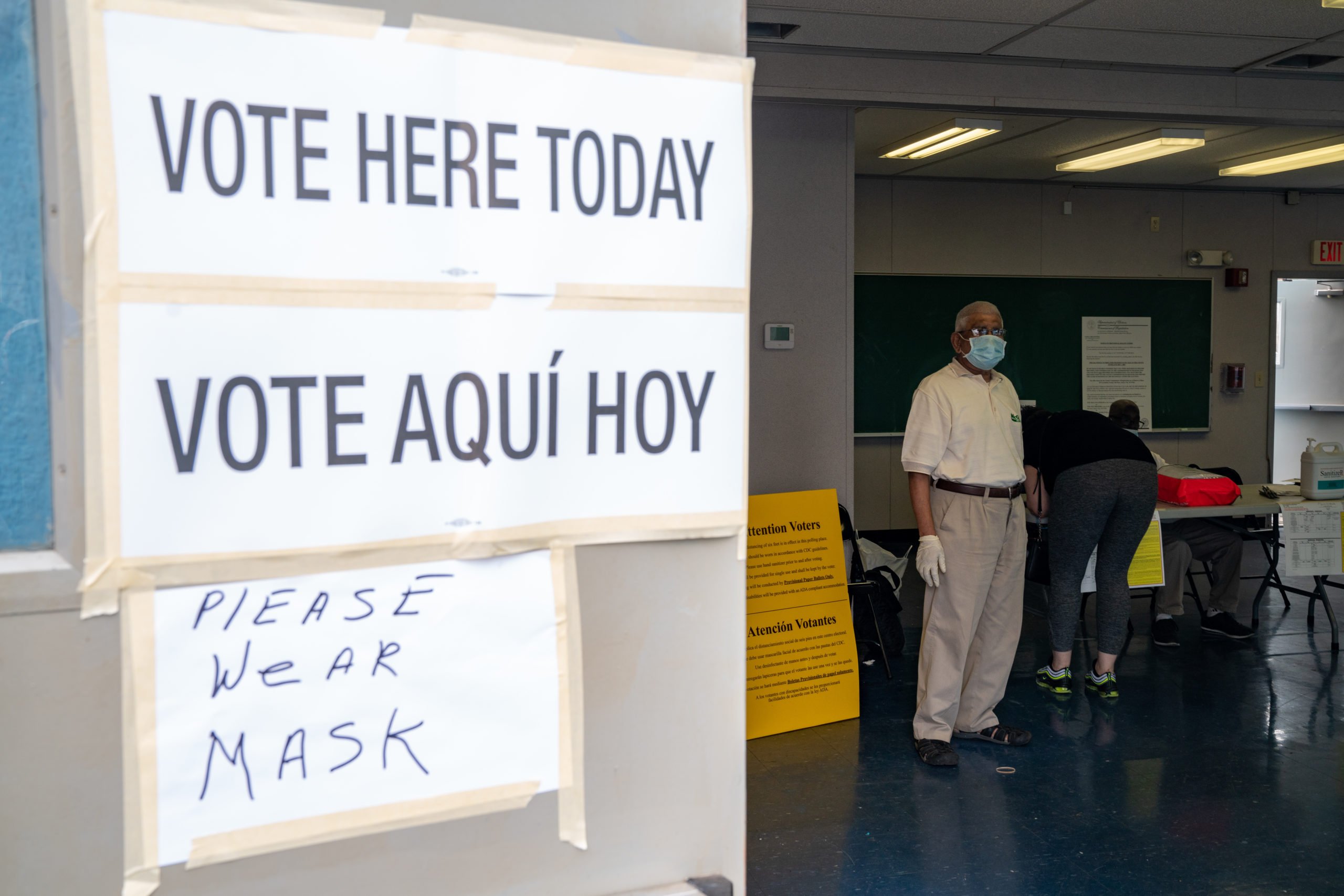 JERSEY CITY, NJ – JULY 07: A poll worker at Liberty High School on July 7, 2020 in Jersey City, New Jersey. New Jersey residents will choose their candidates for president, Senate and House but because of the pandemic most are casting their votes by mail-in ballots. (Photo by David Dee Delgado/Getty Images)

Samantha Zeger, the Trump campaign’s deputy national press secretary, said Gov. Murphy is now to blame if anything should go wrong on Election Day, according to northjersey.com.

“Gov. Murphy, who has disingenuously quipped that New Jersey has a ‘higher probability of being hit by lightning than we do uncovering fraud’ better seek shelter– he only has himself and his liberal legislature to blame for the chaos and confusion we’ve already seen ahead of Nov. 3.”

Two Paterson, New Jersey, officials were charged with voter fraud in June after they allegedly engaged in a scheme in which more than 800 ballots were found in the same mailbox. A state superior court judge later ruled a new election would have to be held for Paterson city council.

In September, Sussex County elections board officials found more than 1,600 uncounted ballots from the July primary elections that were in a bin that was mislabeled.

Just this month a New Jersey postal worker was arrested for discarding multiple pieces of mail, including election ballots.