President Donald Trump formally removed Sudan’s designation as a State Sponsor of Terrorism and announced  Friday shortly after that the African country is normalizing relations with Israel.

Trump formally made the announcement during a teleconference call with Sudanese and Israeli leaders hosted in the Oval Office. National security adviser Robert O’Brien, senior adviser to the president Jared Kushner, and Secretary of State Mike Pompeo were present. (RELATED: Kushner: ‘Very Good Chance’ More Israel Peace Deals Will Be Announced Before Election)

“There are many, many more coming,” the president stated, according to the White House press pool. “This is one where there’s no blood in the sand.”

Netanyahu added that Israel is rapidly “expanding” its “circle of peace” thanks to Trump’s “leadership.” 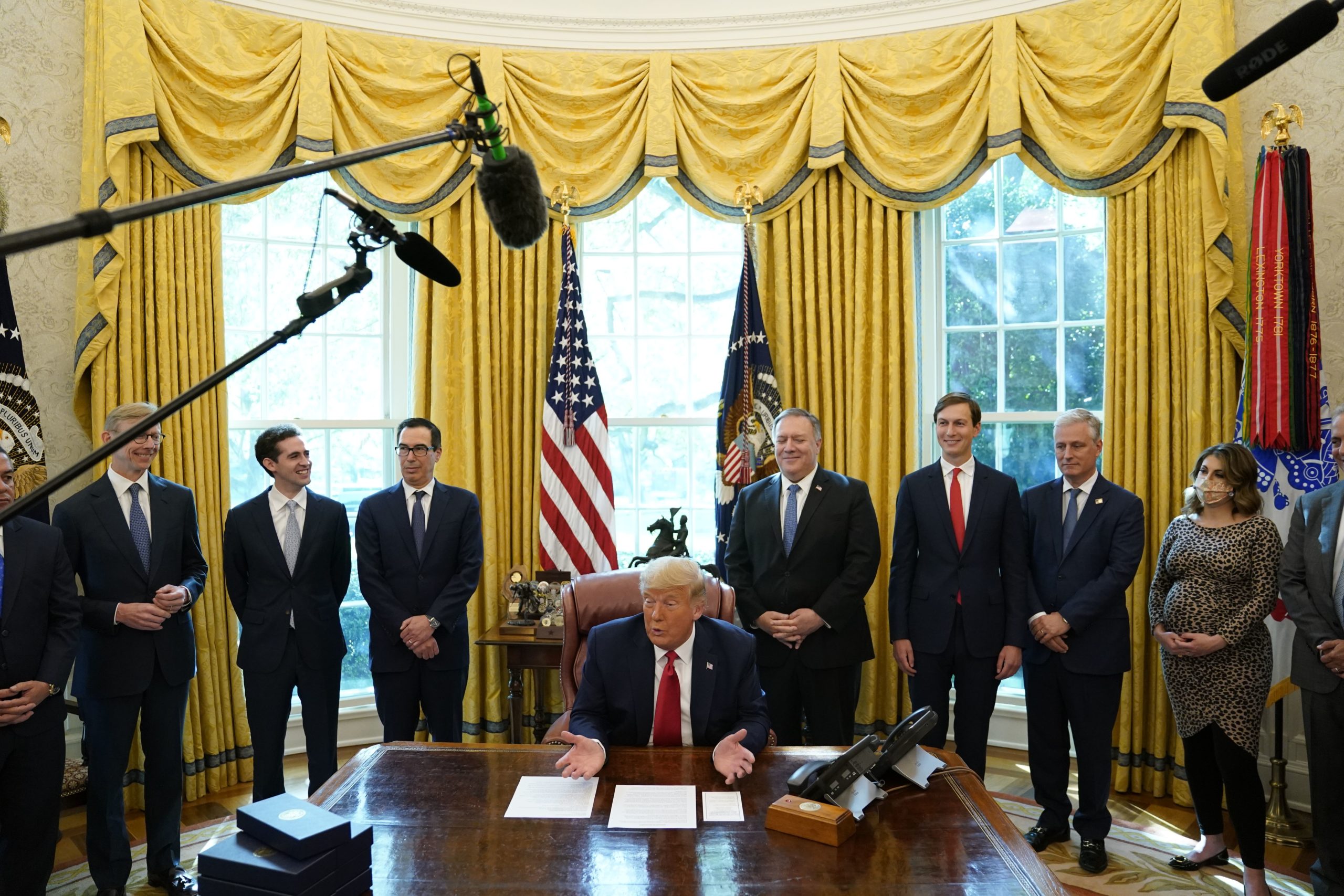 US President Donald Trump announces that Sudan will normalize relations with Israel at the White House in Washington, DC, on October 23, 2020. – “Sudan and Israel have agreed to the normalization of relations — another major step toward building peace in the Middle East with another nation joining the Abraham Accords,” Trump said. (Photo by ALEX EDELMAN/AFP via Getty Images)

“President Donald J. Trump has informed Congress of his intent to formally rescind Sudan’s designation as a State Sponsor of Terrorism,” White House press secretary Kayleigh McEnany said in a statement Friday morning regarding the lifting of the terror designation. “This follows on Sudan’s recent agreement to resolve certain claims of United States victims of terror and their families. Yesterday, in fulfillment of that agreement, the transitional government of Sudan transferred $335 million into an escrow account for these victims and their families.”

“Today represents a momentous step forward in the United States-Sudan bilateral relationship and marks a pivotal turning point for Sudan, allowing for a new future of collaboration and support for its ongoing and historic democratic transition,” she continued. “We commend the transitional government of Sudan for its work to chart a new course and stand ready to support the people of Sudan as they work to build a better future for themselves and future generations.”

Reports indicate that the removal of the designation was a sticking point for Sudan in normalizing relations with Israel. The Trump administration has placed a focus on mediating normalization agreements between Israel and majority-Muslim countries in recent months, including the United Arab Emirates and Bahrain. Axios reported Thursday on a secret meeting between Netanyahu, a number of Trump administration officials, and Sudan’s sovereignty council chairman, General Abdel Fattah al-Burhan, in Khartoum.

#BREAKING: US Official to Reuters: agreement between israel and sudan on steps toward normalization of ties expected to be announced later on Friday

Joint announcement coming shortly from the US, Sudan, and Israel that will declare Sudan and Israel are formally renormalizing diplomatic relations

The White House did not respond to press time about the timing of the second announcement.