The Dow Jones Industrial Average fell nearly 3% and is headed for its biggest one-day loss since June 11, according to CNBC. The S&P 500 (SPX)–which is the broadest measure of the market– fell roughly 2.7%, according to CNN.

Among the harder hit stocks include United Airlines Holding Inc, which fell more than 8%. Other airline stocks took a turn for the worse, with Delta Air Lines falling nearly 7%. Hotels saw their shares tumble, with Marriott International Inc falling more than 6%.

Vaccine company AstraZeneca stock posted a gain of slightly more than 1% after news that the vaccine giant announced that its potential COVID-19 vaccine produced an immune response in older and younger adults.

On Friday and Saturday the U.S. reported more than 80,000 new cases, surpassing previous record highs of 77,300 cases set in July. The country also hit a record with average daily cases at 68,767 over the last seven days, per CNBC. 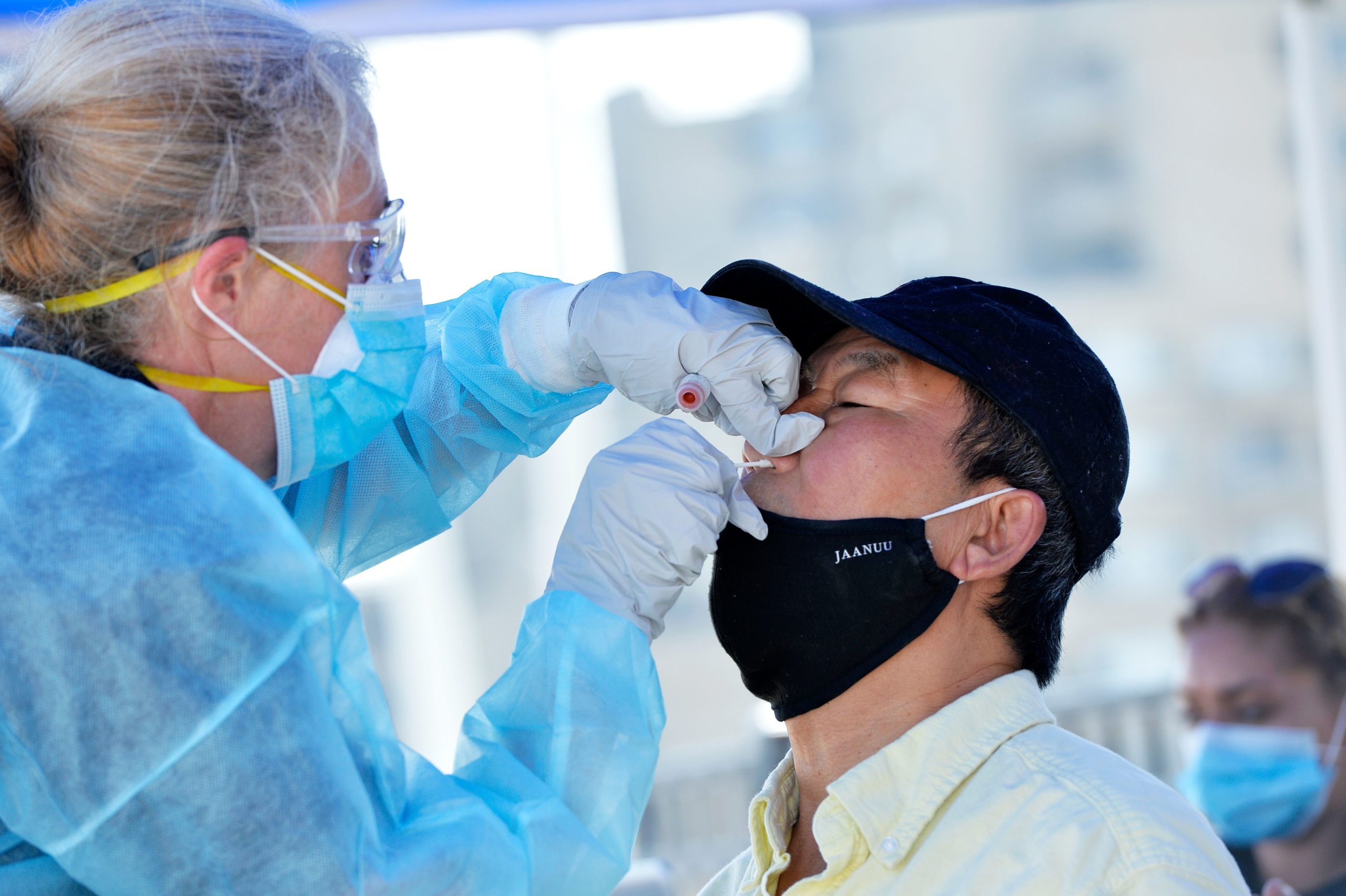 A health worker test a man for Covid-19 at a pop up testing location on the boardwalk at Revere Beach in Revere, Massachusetts on August 11, 2020. (Photo by JOSEPH PREZIOSO/AFP via Getty Images)

Former Food and Drug Administration Commissioner Dr. Scott Gottlieb told CNBC Monday that this spike in cases could be an indication of a huge spread.

“We are likely to see a very dense epidemic. I think we are right now at the cusp of what is going to be exponential spread in parts of the country.”