France announced that it would recall its ambassador from Ankara after Turkish President Recep Tayyip Erdoğan insulted President Emmanuel Macron over his crackdown on “radical Islamism” following the decapitation of a teacher, numerous sources reported.

Erdoğan questioned Macron’s “problem with Islam” and Muslims while speaking at his Justice and Development Party meeting Saturday, according to CNN. 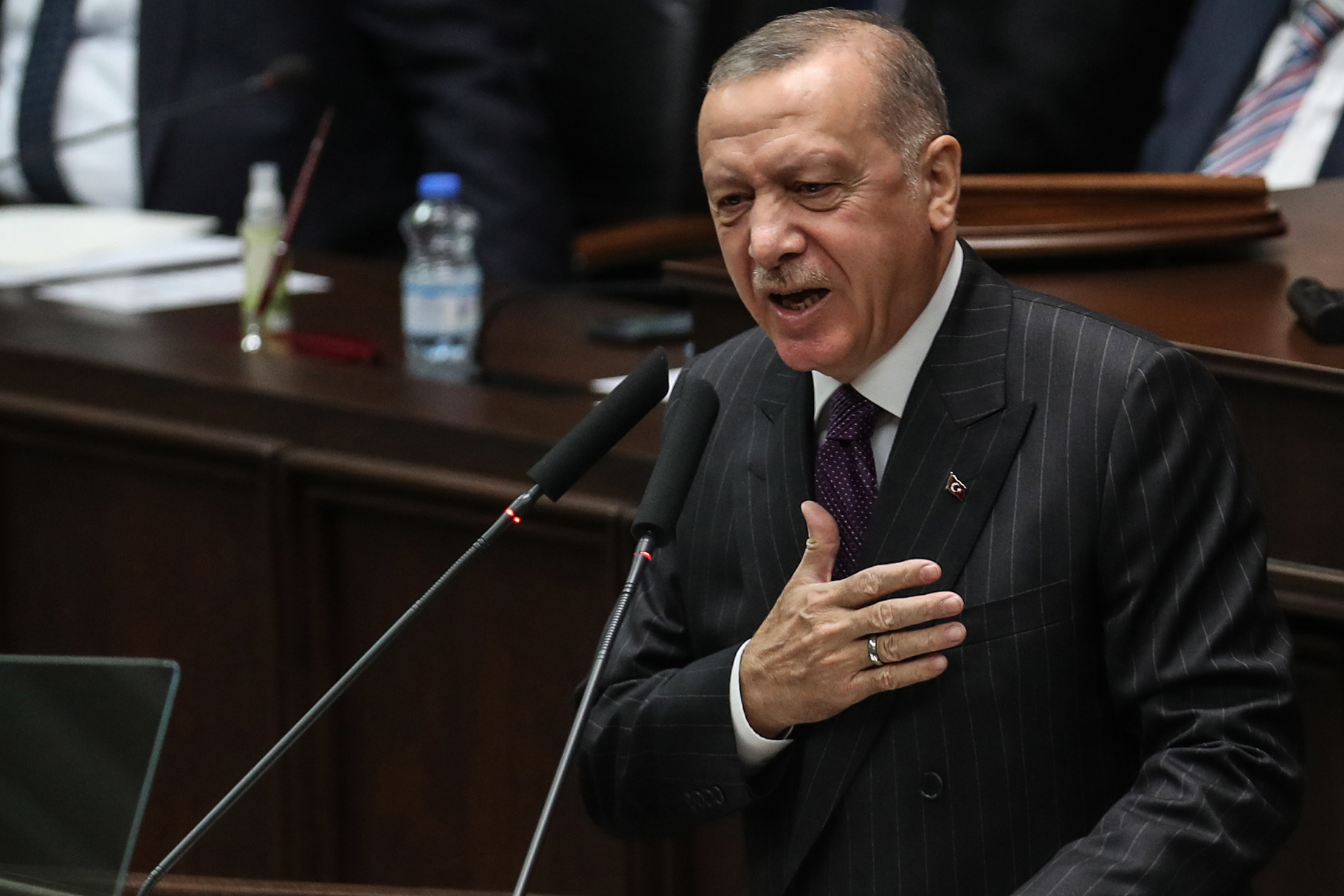 “Macron needs some sort of mental treatment,” Erdoğan said. “What else is there to say about a head of state who doesn’t believe in the freedom of religion and behaves this way against the millions of people of different faiths living in his own country?”

The remarks follow Macron’s efforts to combat “radical Islamism” following a number of attacks motivated by Islamic extremism. A school teacher, Samuel Paty, was reportedly targeted and decapitated after showing students caricatures of the Prophet Muhammad, published by the Charlie Hebdo satire magazine in 2015, during a lesson on freedom of speech.

Anti-terror prosecutors said they were treating the killing as an “assassination in connection with a terrorist organisation.” French police raided the homes of suspected Islamic radicals, and said they would shut down any organization found to promote hatred.

France condemned Erdoğan’s remarks, and announced that France would recall its ambassador to Ankara as they undergo an “evaluation of the ongoing situation,” which is a “rare move,” CNN reported. 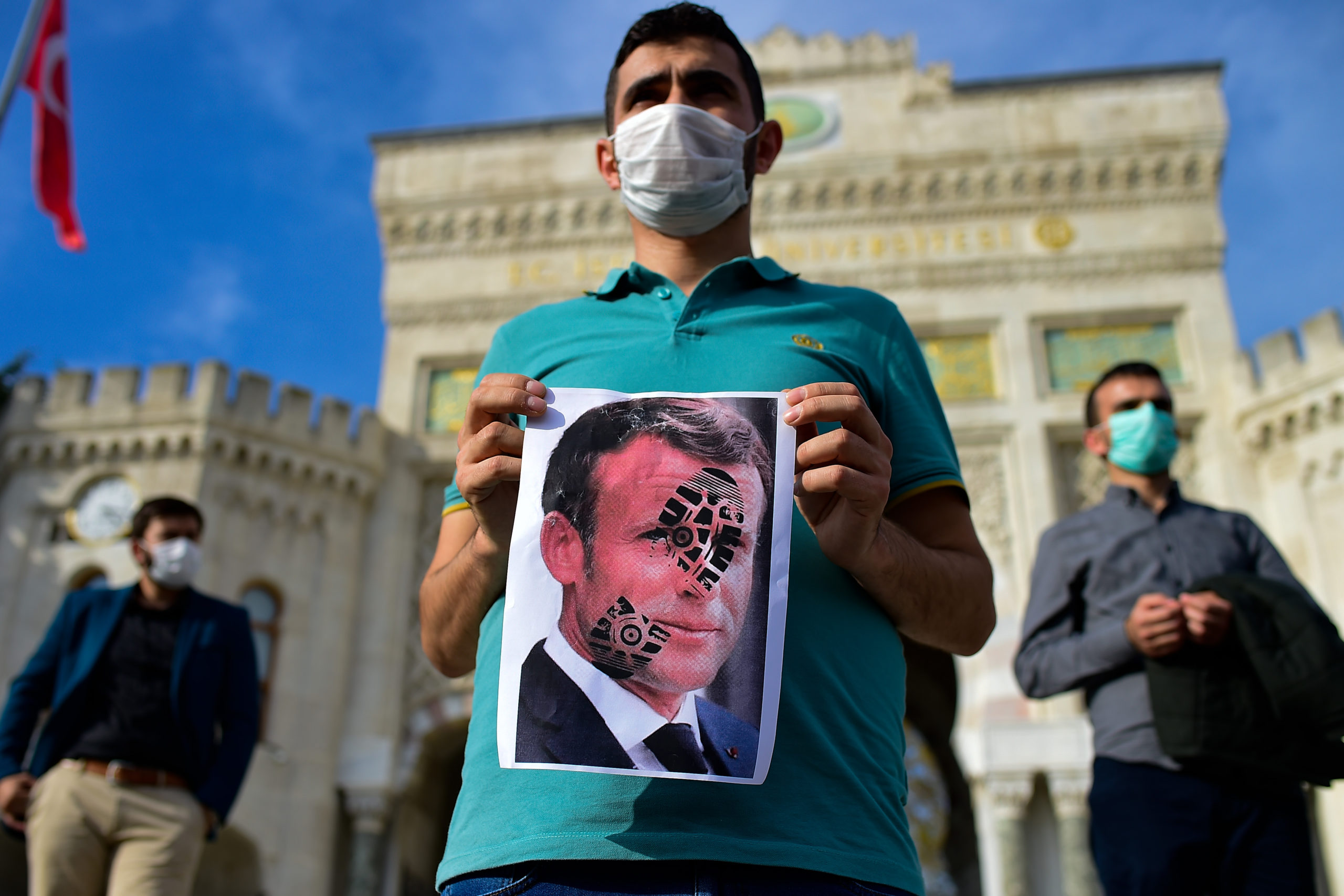 A man holds a picture of Macron with a shoe print on it as Turkish protesters shout slogans against France during a demonstration against French President’s comments over Prophet Muhammad cartoons, in Istanbul, on October 25, 2020. (Photo by YASIN AKGUL/AFP via Getty Images)

“Excess and rudeness are not a method. We demand that Erdogan change the course of his policy because it is dangerous in every way. We do not enter into unnecessary polemics and do not accept insults,” a spokesperson at the Elysée Palace, home of the French presidency, told CNN.

Weeks prior to the murder of the school teacher, Macron announced a law that would crack down on foreign financing of mosques and private religious schools to rid France of what authorities have called a “parallel society” of radical Muslims who push an extremist vision of Islam, the Associated Press reported. (RELATED: French President Emmanuel Macron Outlines Measures To Combat ‘Radical Islamism’ And ‘Separatism’)

Macron noted the 2015 Charlie Hebdo attacks, which also included an attack on a kosher supermarket by French-born Islamic extremists, and an incident last week, when a man from Pakistan stabbed two people near the magazine’s former offices over its publication of caricatures of the Prophet Muhammad.

Macron emphasized that the government would intensify its “fight against radical Islamism” on Tuesday, the same day that a memorial march in honor of Paty was held near Paris. 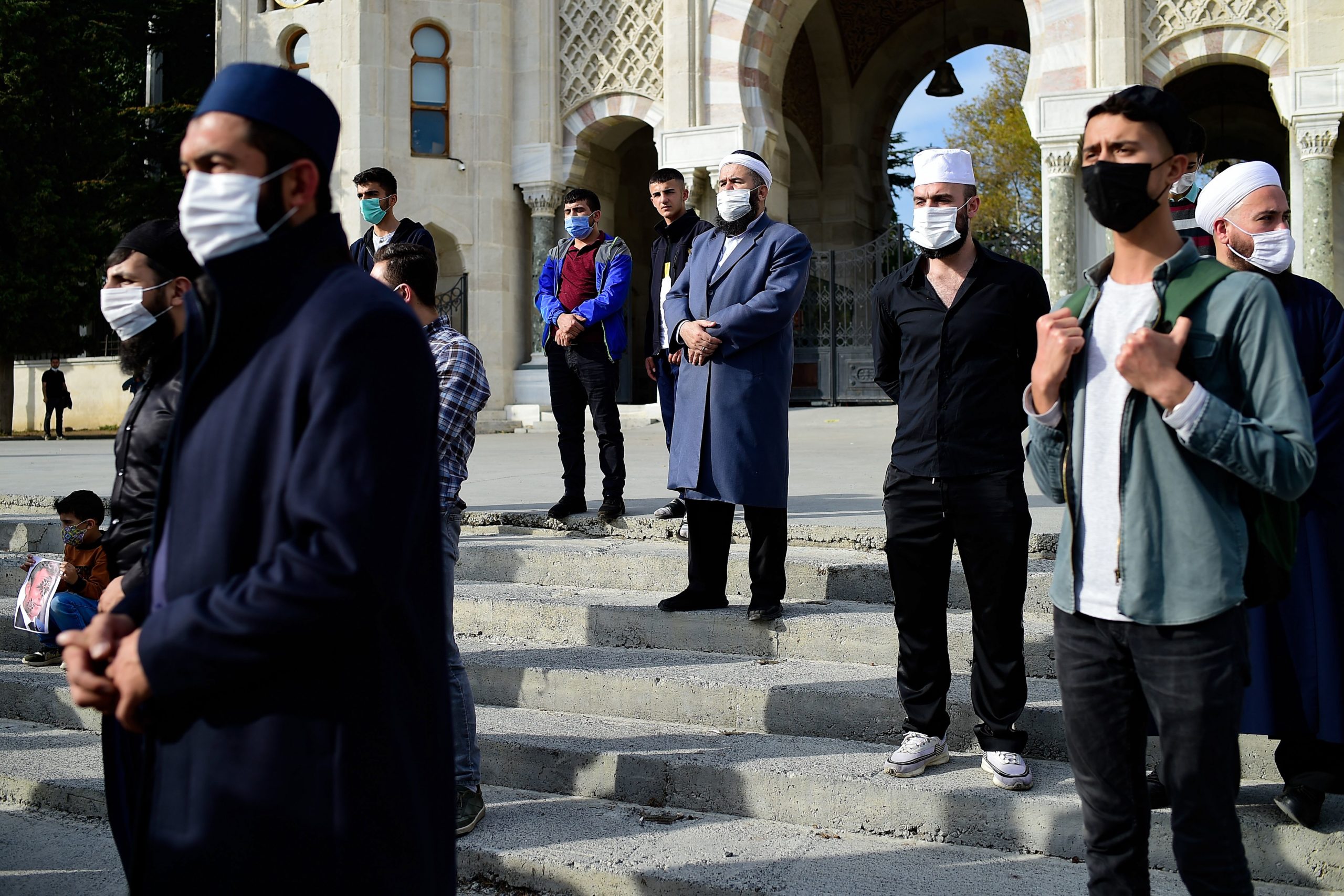 Men look on during a demonstration against French President’s comments over Prophet Muhammad cartoons, in Istanbul, on October 25, 2020. (Photo by YASIN AKGUL/AFP via Getty Images)

France’s lawmakers also gathered for a ceremony to pay tribute to Paty.

Macron’s spokesperson also underscored Turkey’s “absence of messages of condolence and support” after the killing, according to CNN.

France’s decision to recall its ambassador from Ankara follows months of growing tensions between the two countries, which has included France’s criticism of Turkey’s role in NATO and the recent conflict between Armenia and Azerbaijan, according to Market Watch. Erdoğan warned Macron in September “not to mess with the Turkish nation and Turkey.”