Republican Iowa Sen. Joni Ernst praised the “proactive” defense of Supreme Court nominee Amy Coney Barrett by Republicans in a Monday interview with the Daily Caller News Foundation, emphasizing that Republicans should replicate this strategy in the future.

Ernst, who has praised Barrett throughout the federal judge’s nomination process, told the DCNF Monday ahead of Barrett’s confirmation that Barrett will set an example for women across the political spectrum as a “brilliant legal scholar,” and “a phenomenal jurist recommended by both liberals and conservatives.”

“She is a woman of faith,” Ernst said of Barrett, who is set to be confirmed to the Supreme Court Monday evening. “She is a mother of seven, and she is going to be our next Supreme Court Justice.”

Senate Democrats instead emphasized the dangers that Barrett might pose to Obamacare.

Other senators, like Democratic Minnesota Sen. Amy Klobuchar, suggested that she had made deals with President Donald Trump about how she would rule as a Supreme Court justice. Klobuchar pushed Barrett repeatedly to address whether she knew one of Trump’s campaign promises was to repeal Obamacare.

Some also insisted that the proceedings were illegitimate and should not have been held in the first place. Sen. Cory Booker tweeted Thursday, “The intentions of Senate Republicans are clear: to rush their nominee onto the Supreme Court in time to strike down the Affordable Care Act.”(RELATED: ‘Demeaning To Women’: Joni Ernst Slams Democratic Attacks On Amy Coney Barrett)

“My Democratic colleagues and I boycotted today’s Judiciary Committee vote. This process is a sham and Judge Barrett must not be confirmed.”

The Iowa senator told the DCNF that Republicans “did a very good job of setting the stage” ahead of the hearings and “making sure that the American people understood her qualifications” — a tactic that forced Democrats to change their own line of attacks on Barrett, Ernst said.

“By doing that, the Democrats then were put on notice that we’re focusing on her qualifications, that she will be a constitutionalist justice, and it really dispelled any opportunity they had to criticize her, whether it was on her religion, whether it was on the fact that she’s a mother of seven,” she told the DCNF. 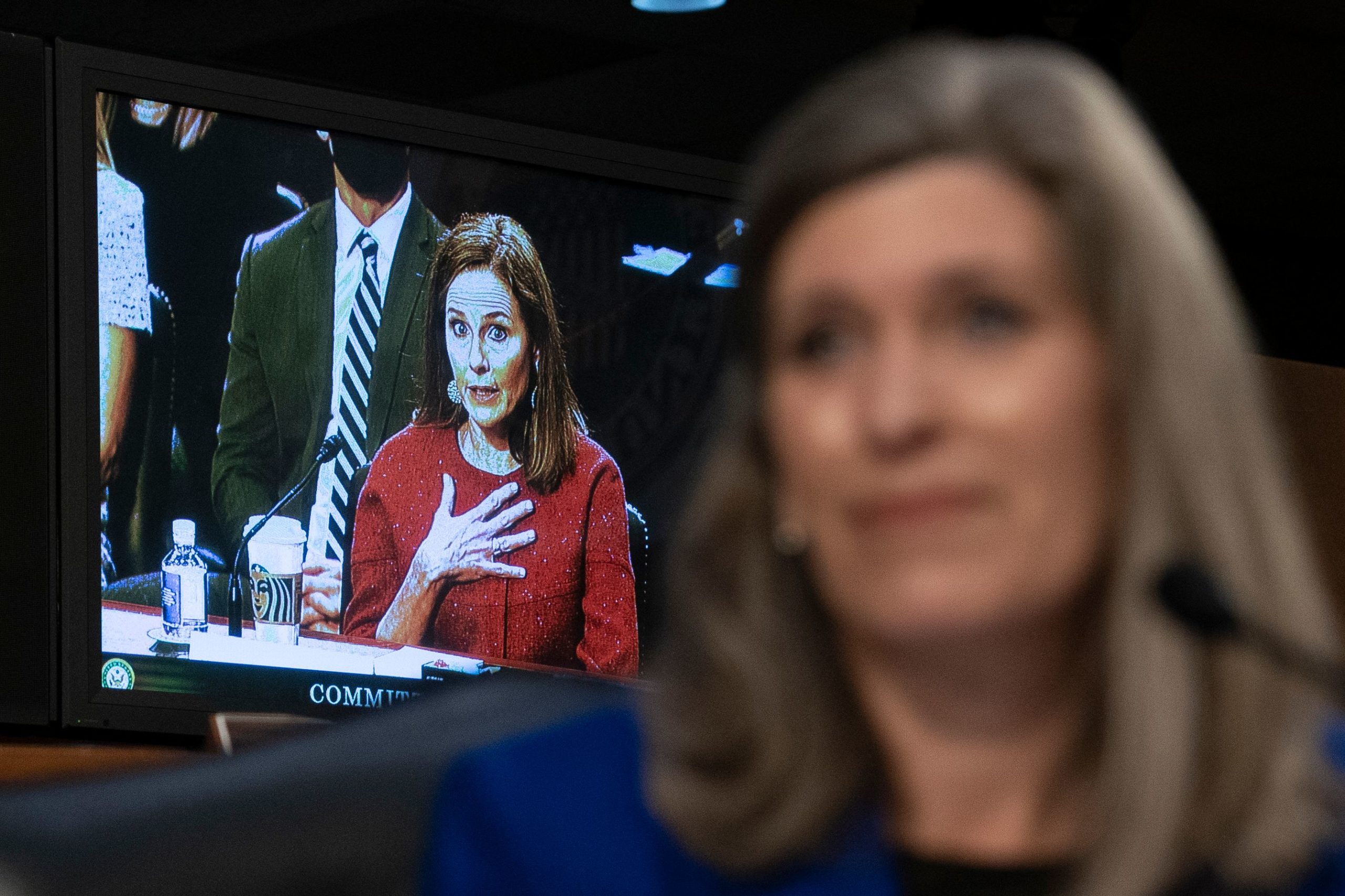 “They had to turn to the tactic: these proceedings aren’t normal, or the proceedings are illegitimate, which is absolutely false,” she continued. (RELATED: Barrett Addresses Attacks On Her Adopted Children From Haiti)

Republican lawmakers, including Ernst and Senators Josh Hawley of Missouri and Ben Sasse of Nebraska, were quick to strongly and publicly condemn attacks on Barrett’s family and faith. Ernst says that these pro-active measures stripped Democrats of their “traditional media methods.”

“Because we took away their normal advantage of being able to engage with listeners through traditional media methods and to tear her apart with false accusations, we set the stage with her qualifications,” she said.

“We told the story of Amy Coney Barrett and how she is such a remarkable person. We were able to share thoughts that came from her colleagues again on the left and the right people that have worked with her, know her to be who she truly is, and that she has a fair jurist.” 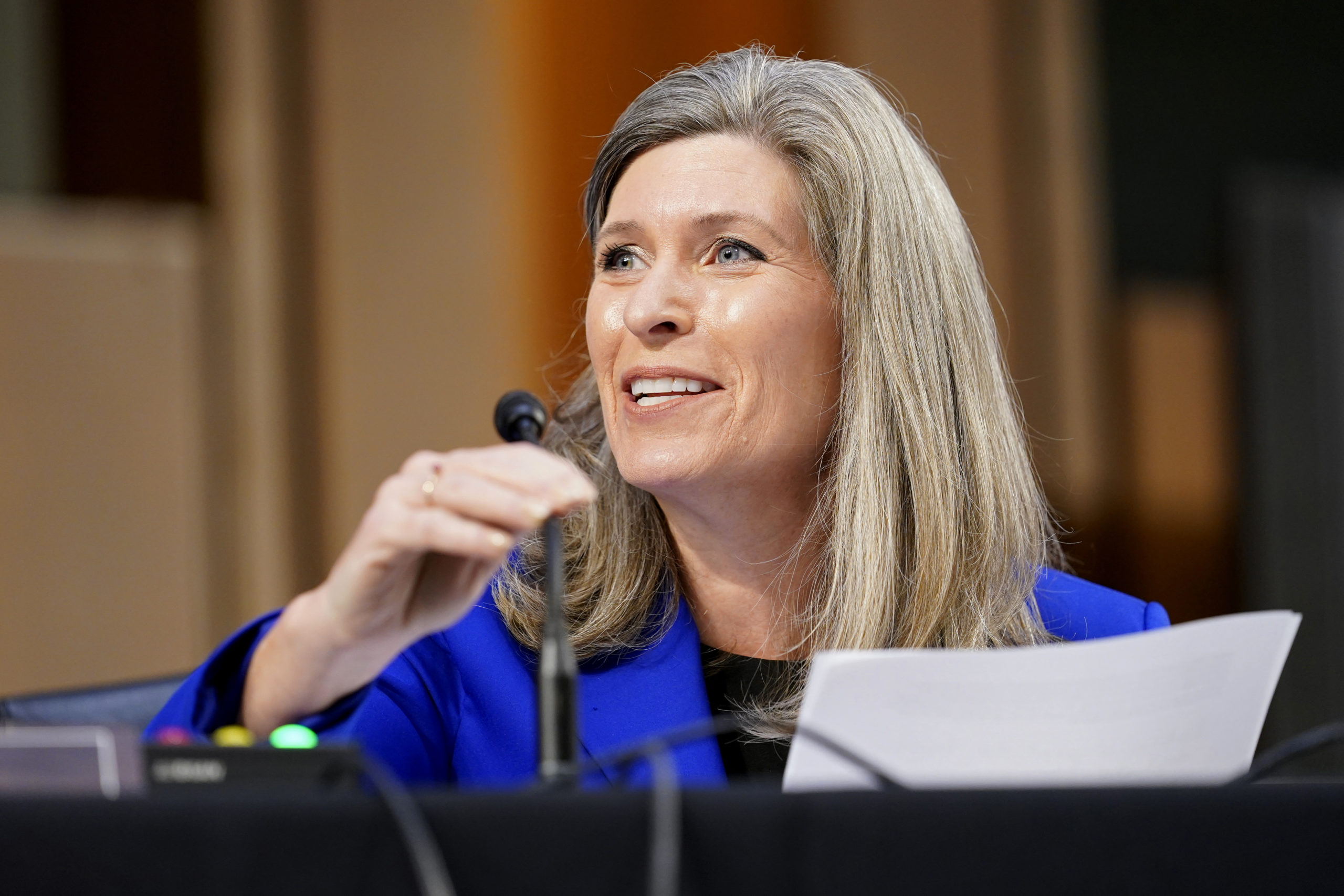 “If we can dispel all of the rumors that they’ll try and put out there, I think that’s the right thing to do,” she said. (RELATED: Here’s Amy Coney Barrett’s Advice For Young Women)

“And I do think it’s what we should be doing in the future. We need to be proactive about telling the great story. And this is a prime example: a phenomenal woman, a phenomenal human being that has gone through various challenges and shown the world that she absolutely deserves to be our next associate justice.”