The Economist’s forecast projects that Democratic nominee Joe Biden will win 350 electoral votes, far above the 270 needed to win the White House. In addition to national and battleground polls, the model relies on individual states’ “political-economic factors” and notes that states with similar demographics are more likely to move with each other.

Additionally, it projects Biden to win over 54% of the popular vote, beating Trump by over eight points.

The model gives Biden a 95% chance to win Wisconsin and Michigan, and a 91% chance to win Pennsylvania. Though the three states helped seal Trump’s victory over Hillary Clinton in 2016, Biden has held consistent leads in each state throughout 2020, and his advantage in each state widened in recent weeks, polls show. (RELATED: Eight Days Out, Biden Holds Wide Leads In The Rust Belt)

With its 20 electoral votes, Pennsylvania has emerged as the tipping point state, according to some models, and both candidates have invested tremendous resources there. Trump held three separate rallies across the state Monday, and Biden also held in-person events outside Philadelphia.

According to the Economist’s model, Biden has a 70%, 77% and 73% chance of winning Arizona, Florida and North Carolina, respectively. Trump won those three states in 2016, but finished with less than 50% of the vote in each of them.

Georgia, Iowa, Ohio and Texas have become competitive as well, according to recent polls, though Biden is only slightly favored to win Georgia, according to the model. (RELATED: Joe Biden To Visit Georgia As Polls Show State Within Reach) 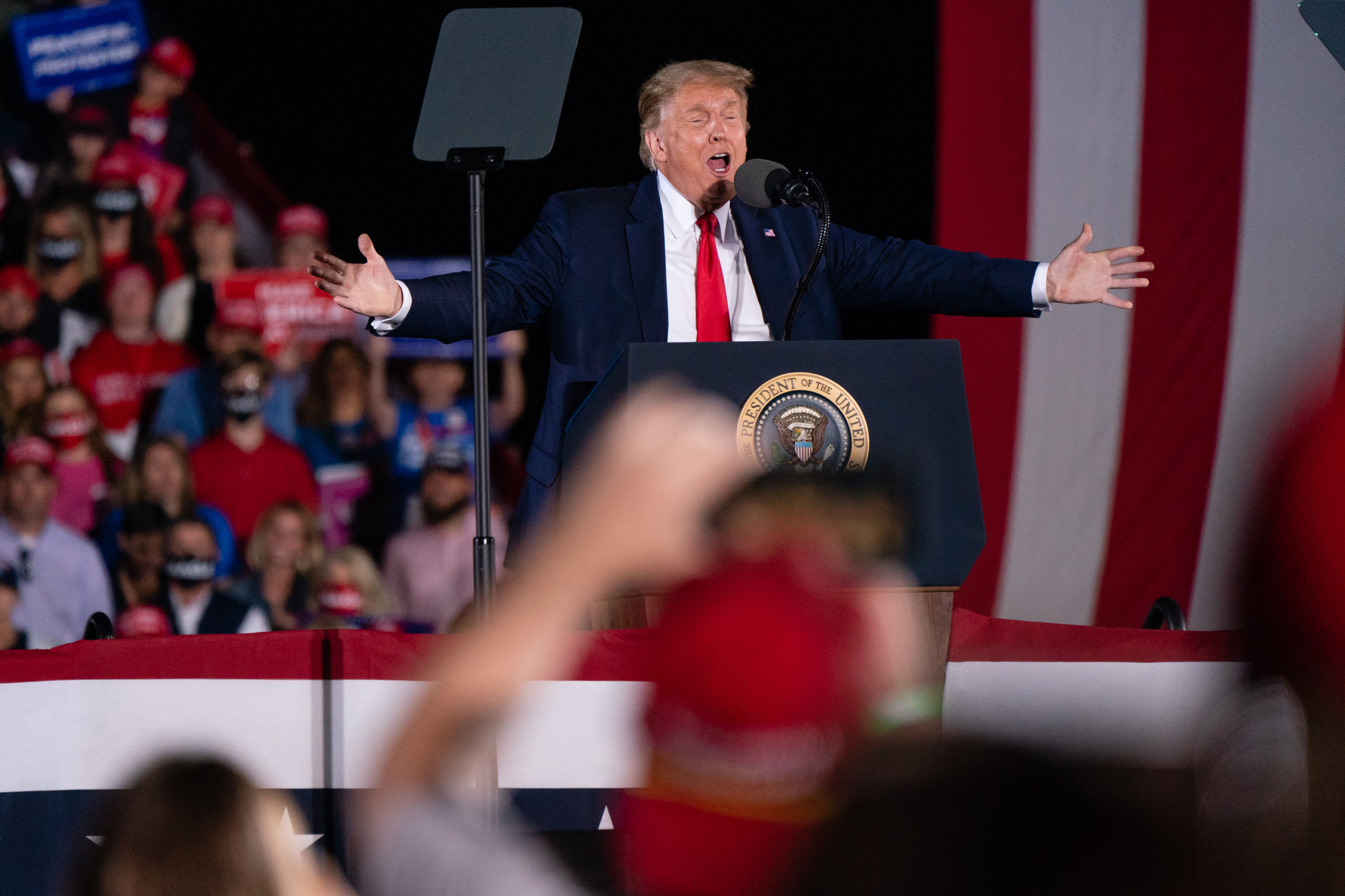 In The Economist’s House forecast, Democrats have a 99% chance at holding their majority, increasing that chance that November’s election results in Democrats taking full control of Congress and the White House as a result.