The United States Senate voted to officially confirm Barrett to the Supreme Court Monday night, and Justice Clarence Thomas administered the first of two oaths to swear in Barrett later Monday night at the White House.

Judicial Crisis Network President Carrie Severino praised the new Supreme Court justice’s confirmation as a “historic achievement for the conservative legal movement, which has persevered for more than three decades in pursuit of a Supreme Court majority that will follow the Constitution.”

Heritage Action for America Executive Director Jessica Anderson said that Barrett will steer the Supreme Court to uphold both the law and the “constitutional balance of powers.”

“For decades, the Left has been filling the bench with activist judges,” she said. “Now, thanks to President Trump and grassroots conservatives, we are reforming the bench with judges and justices like Amy Coney Barrett who will respect the Constitution and the plain meaning of the law.” 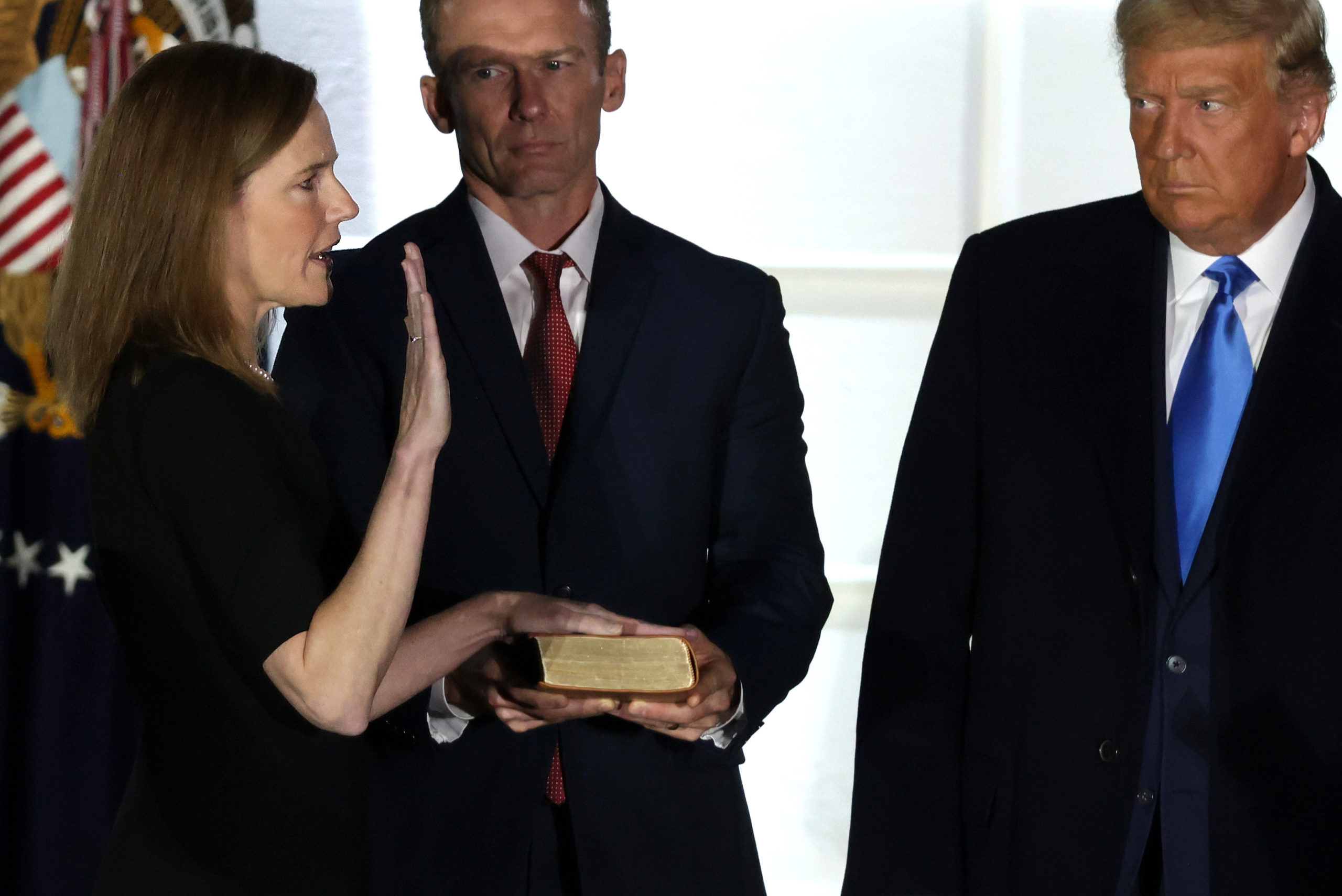 Barrett’s confirmation comes amidst Democratic anxieties that she will help overturn Roe v. Wade — and pro-life activists welcomed her confirmation as a win for their battle against abortion.

Susan B. Anthony List President Marjorie Dannenfelser described Barrett’s confirmation as a “turning point in the fight to protect unborn children and mothers.”

They filled RBG’s seat. Now, let’s kick them out of theirs. Vote. https://t.co/N1RbCOhXD0 pic.twitter.com/isPJTvB3h0

“The American people can now see a glimmer of light at the end of a dark tunnel, when the Supreme Court may finally return to the people the ability to enact laws that reflect their values and save lives,” Dannenfelser said. “This victory would not be possible without the unwavering leadership” of President Donald Trump, Senate Majority Leader Mitch McConnell, and the pro-life Republican Senate majority, she said.

Tea Party Patriots Citizens Fund President Jenny Beth Martin referenced attempts from Democrats and media to prevent Barrett’s confirmation, praising Trump and Senate Republicans for filling the seat in less than 40 days. (RELATED: ‘What We Should Be Doing In The Future’: Ernst Praises ‘Proactive’ GOP Defense of Amy Coney Barrett)

“That’s an incredible achievement,” Martin said. “Judge Barrett is exactly the kind of justice President Trump promised to nominate to our nation’s highest court — from a list he published in 2016, then updated, and then updated again — and he’s done it three times in four years.”

“We thank all the Senators who voted for Judge Barrett today, especially Leader McConnell and Chairman Graham, who were indispensable to this process,” she continued. Martin said many senators who “stood up to fierce opposition to do the right thing, deserve special thanks.”

“The conservative grassroots are energized by Judge Barrett’s confirmation, and we have no doubt she will serve our court with great distinction,” she added.