Election and postal experts have warned Americans to stop voting by mail as delays continue to hamper the postal system one week before the election.

With just seven days of voting left before the Nov. 3 election, sending a ballot through the United States Postal Service (USPS) system would risk a late delivery, election experts told the Washington Post. The week of Oct. 16 was the 14th straight week where more than 10% of first-class mail delivery was delayed.

“If you haven’t requested a mail ballot yet, it’s too late,” David Becker, executive director of the Center for Election Innovation & Research, told The Post. “I don’t care about the legal deadline; it’s just too late in terms of getting it processed, getting it mailed to you and you being able to fill it out and return it.”

He added: “You’re just putting too much pressure on yourself. At this point, if you haven’t requested a mail ballot yet, plan to vote in person and vote early, if possible.”

Becker also said that voters who have requested an absentee mail-in ballot, but haven’t received it, should vote in person, according to The Post. (RELATED: USPS Faces Financial, Logistical Hurdles In Run Up To Expected Election Mail-In Ballot Surge) 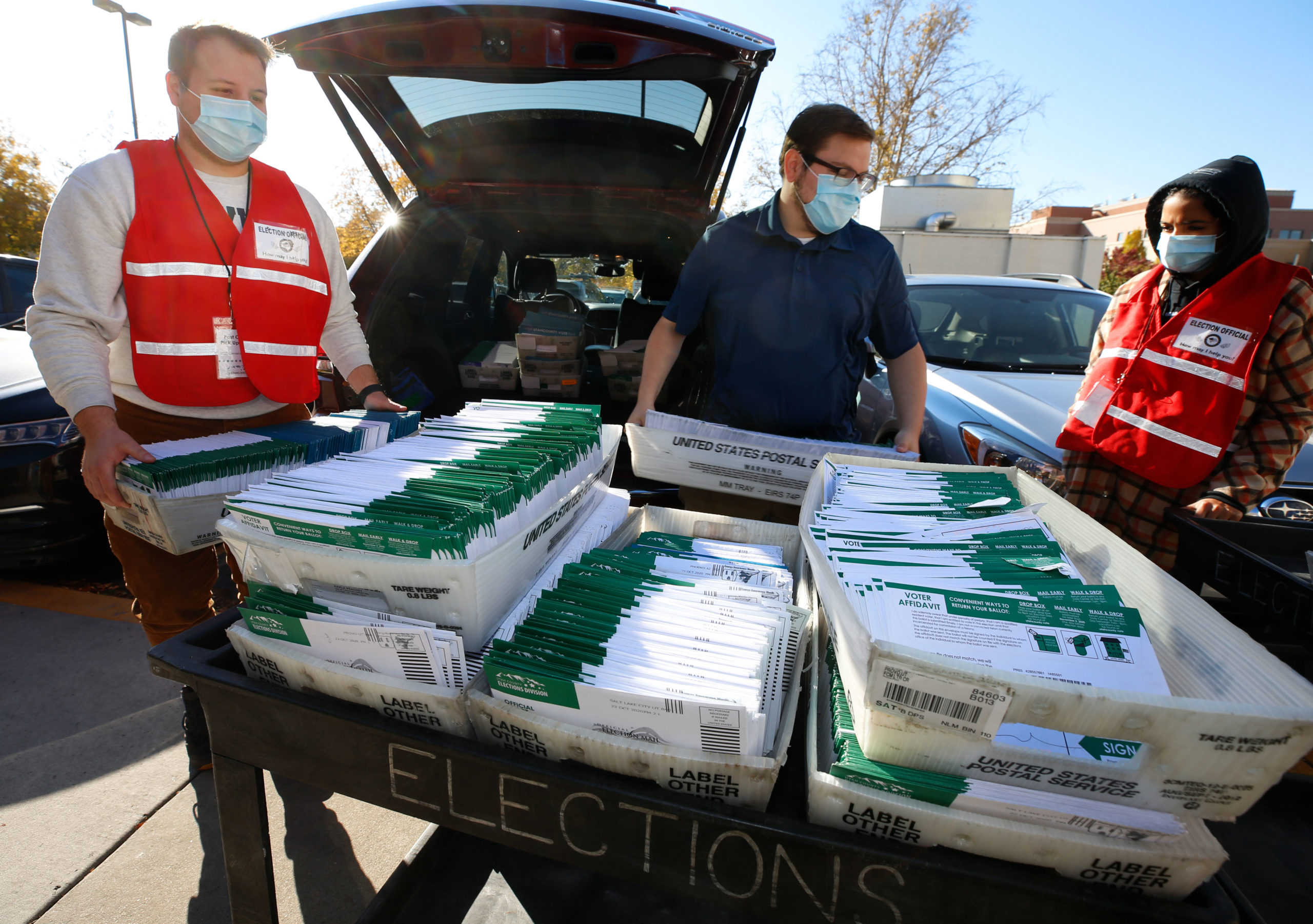 The USPS sent a checklist postcard to all U.S. households in September, which recommended that voters send their ballot “at least seven days” before Nov. 3, The Post reported. The postal service has already processed a record 523 million pieces of election mail including ballots, information pamphlets and campaign fliers.

“The next two weeks are extremely important, and we must work together to put a relentless focus on Election Mail, especially the volume of completed ballots going from voters to their respective offices,” a USPS memo sent to employees last week said, according to The Post.

Postal workers are allowed to sort and postmark ballots themselves, a departure from regular protocol, the memo added, according to The Post. Also, post offices are now authorized to create ballot-only lines and drive-through ballot drop-off areas. (RELATED: Supreme Court Won’t Extend Absentee Ballot Deadline In Wisconsin, Ballots Must Be In By Election Day)

Meanwhile, Democratic presidential nominee Joe Biden’s campaign has started encouraging Americans to submit ballots in person rather than through mail-in, The Post reported. Biden has been a strong proponent of voting by mail throughout the election, according to Harper’s Bazaar.

As a result of the coronavirus pandemic, a historic 76% of Americans have been able to vote by mail in the general election, The New York Times reported. More than 67 million people had voted as of Tuesday afternoon, 45 million of which were via mail ballots, according to The Election Project.

A survey of over 215,000 registered voters taken between June and September found that people who disapproved of President Donald Trump’s performance were more likely to vote by mail, according to Axios. Seventy-four percent of registered voters who strongly disapproved of Trump said they would vote by mail while 77% of those who strongly approved of the president said they were more likely to vote in person.