“Joni and I have a lot in common. We both grew up in small Iowa towns, and we’re both fighting every day to grow jobs and opportunities for Iowans,” Governor Reynolds said in a statement to the DCNF. “Joni is a trailblazer, a mom, a soldier, and a great partner to me here in Iowa. Stand with me in supporting Joni and our shared Iowa values.”

Reynolds and WFW AF announced plans to boost Ernst Tuesday through a six-figure phone and digital campaign against Democrat Theresa Greenfield. (RELATED: ‘What We Should Be Doing In The Future’: Ernst Praises ‘Proactive’ GOP Defense of Amy Coney Barrett)

Iowans will receive messages over the phone from Reynolds that praise Ernst as “a mother, soldier, and proven leader,” asking for help “sending my friend Joni Ernst back to the U.S. Senate to continue fighting for us.”

“Democrats have shown us in real-time on our TV screens what the chaos, intimidation, and lawlessness of a big government, liberal agenda looks like in action,” one message from Reynolds to voters will say. “And now DC socialists are spending millions from outside Iowa to defeat Joni and bring that liberal agenda here.” 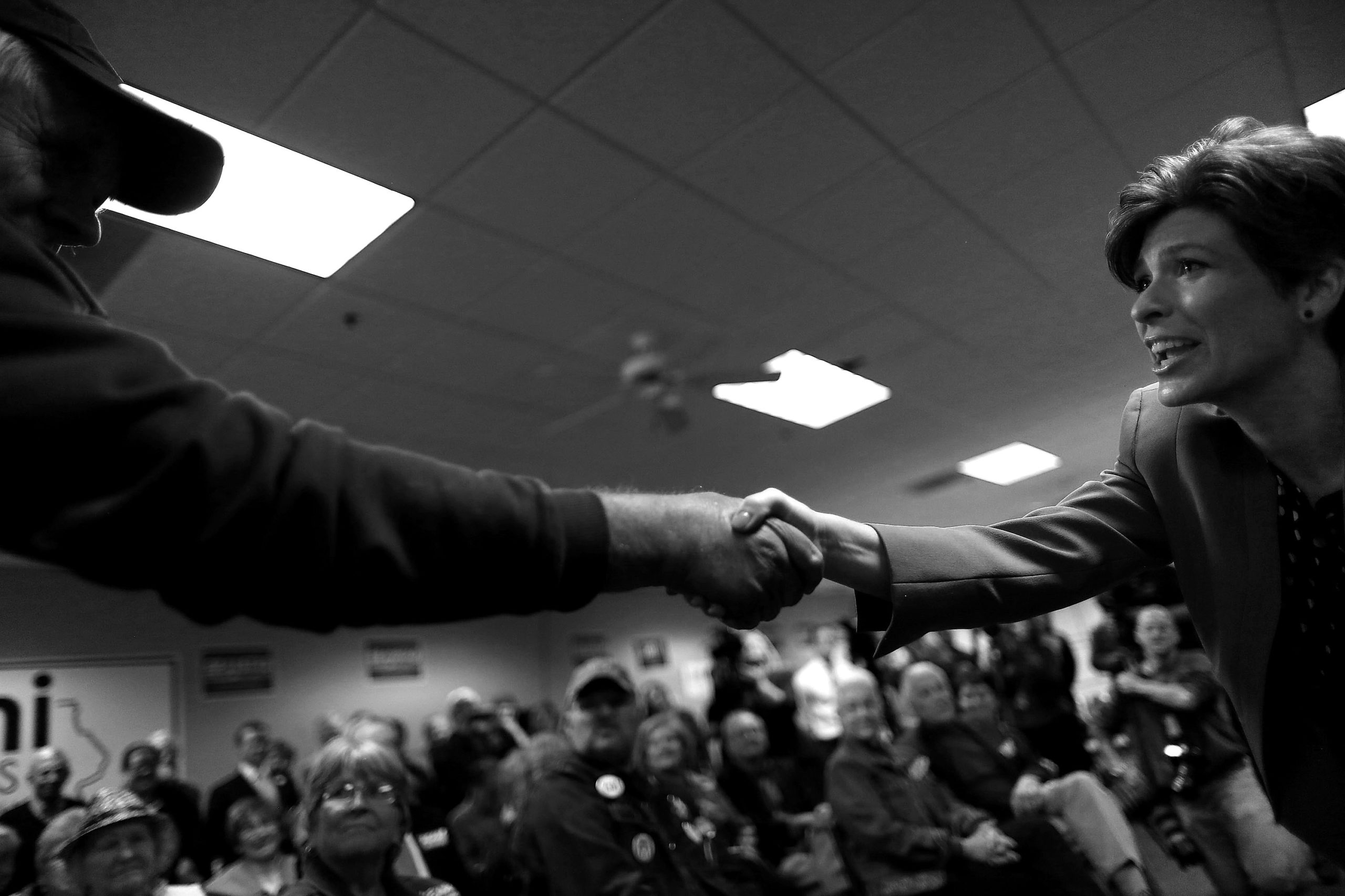 “Senator Ernst and Governor Reynolds are two examples of strong women who know how to get things done,” WFW Action Fund Political Director Micah Yousefi told the DCNF. “Conservative women have to stand together to fight for our shared values. WFW Action Fund is proud to team up with the Governor to make sure Iowans send Joni back to the Senate.”

A New York Times-Siena College survey released Tuesday shows that Ernst is only one point ahead of her opponent Greenfield — and several others have shown Greenfield leading Ernst.

Greenfield, a 57-year-old mother of four, city planner, and Des Moines businesswoman, describes herself as a “scrappy farm kid” who overcame the tragedy of her husband’s 1988 death in a workplace accident.

My dad always said, there’s no boy jobs or girl jobs, just jobs that need to get done.

Now I’m ready to get the job done for Iowa’s families because I’ll never forget who I am, where I’m from or who I’m fighting for. Watch our closing #IASen ad: pic.twitter.com/Tm6JBphuzB

“She’s running for Senate because it’s time Iowans had a Senator who put us first – not the special interests,” Greenfield’s website says. “Growing up on a farm instilled in her a get-it-done attitude she will bring to the Senate to solve problems for our working families.”

Ernst also draws on her Iowan roots, emphasizing that her farm girl background helps her better represent Iowans in the United States senate.

“I have been fighting for Iowa,” Ernst said in a recent interview, according to The Gazette. “I was born and raised in Iowa. I live just a few miles from the farm where I was raised. And every Sunday when I get up and take my mother to church, I’m looking my neighbors in the eye, I’m looking my community members in the eye, I’m listening to them, not only what their opportunities are but their challenges, too. And I’m projecting that in Washington, D.C.”