Democratic presidential nominee Joe Biden said he has “never” spoken to his son about his foreign business dealings, but statements from Hunter Biden’s former business partner, records from his alleged laptop and other public reports suggest otherwise.

Hunter Biden’s ex-business partner Tony Bobulinski said during a press conference Thursday that Joe Biden had direct knowledge of his son’s business dealings when he met with the former vice president on May 2, 2017, to discuss a joint venture deal between Oneida Holdings and the Chinese energy firm CEFC China Energy Co.

“I have heard Joe Biden say he’s never discussed business with Hunter,” said Bobulinski, a Navy veteran. “That is false.”

“I was introduced to Joe Biden by Jim Biden and Hunter Biden,” Bobulinski said. “In my approximately hour-long meeting with Joe that night we discussed Biden’s history, the Biden family business plans with the Chinese, with which he was plainly familiar, at least at a high level.”

“I have never spoken to my son about his overseas business dealings.” https://t.co/fq6GGWh2Qg pic.twitter.com/5OlFxunVZi

Text messages Bobulinski provided to the Senate Homeland Security Committee that were separately obtained by the Daily Caller News Foundation show the Navy veteran had communicated with Hunter Biden in the leadup to the meeting with his father. Afterward, Bobulinski texted Joe Biden’s brother, Jim Biden, asking him to thank the former vice president for his time.

About a week after the alleged meeting, Bobulinski and Hunter Biden received an email from their associate, James Gilliar, detailing a provisional equity distribution agreement for Oneida which floated the possibility that Hunter would hold 10% of the firm for “the big guy,” which Bobulinski said is a reference to Joe Biden.

Joe Biden was not named in Oneida’s corporate documents when its structure was finalized on May 22, 2017. However, both Hunter and Jim Biden obtained a 20% stake in the firm. (RELATED: Joe Biden’s Absence From Chinese Venture Business Records Doesn’t Rule Out His Involvement)

Gilliar told the Wall Street Journal on Thursday that he was “unaware of any involvement at anytime of the former Vice President” during his discussions in 2017 surrounding Oneida and CEFC.

However, Gilliar told Bobulinski in a May 20, 2017, text message not to mention “Joe being involved” in their dealings with CEFC. “It’s only when u are face to face, I know u know that but they are paranoid,” Gillar told Bobulinski. 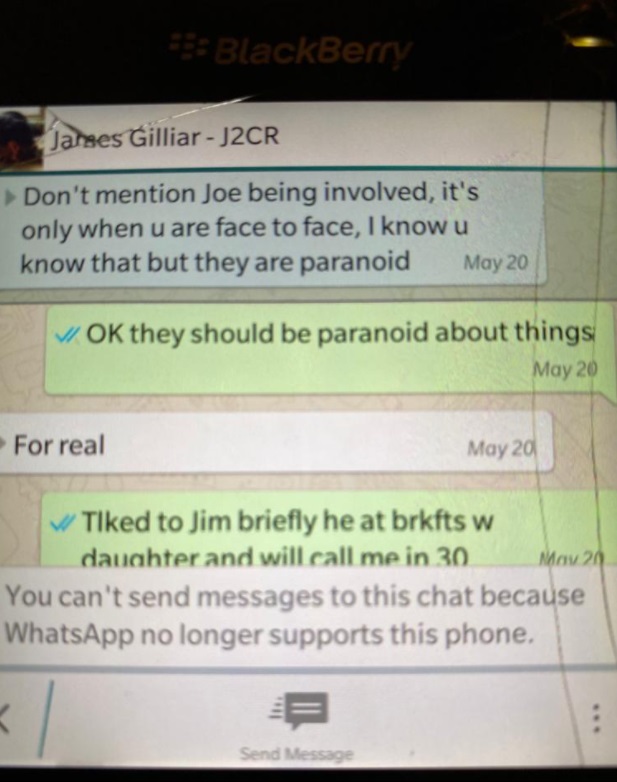 Text exchange between Tony Bobulinski (right) and James Gilliar (left) on May 20, 2017. (screenshot)

Gilliar did not respond to the DCNF when asked if he disputes the authenticity of the text message.

Gilliar also did not respond to the Journal when asked about his reference to the “big guy” in his May 13 email to Bobulinski and Hunter Biden.

Joe Biden campaign spokesman Andrew Bates said in a statement Thursday that the former vice president “has never even considered being involved in business with his family, nor any overseas business whatsoever. he has never held stock in any such business arrangements nor has any family member or any other person held stock for him.”

Bates did not reiterate in his statement Joe Biden’s claim in Sept. 2019 that he had never discussed foreign business dealings with his son. The Biden campaign did not respond to the DCNF when asked if he stands by that claim.

Hunter Biden acknowledged to The New Yorker in July 2019 that he had discussed his dealings with the Ukrainian gas company Burisma with his father in 2015.

“Dad said, ‘I hope you know what you are doing,’ and I said, ‘I do,” Hunter Biden recalled.

Hunter Biden and his longtime business partner Devon Archer joined Burisma’s board of directors in April 2014. Four months later, in August 2014, the pair were pictured alongside Joe Biden on a golf course in the Hamptons. 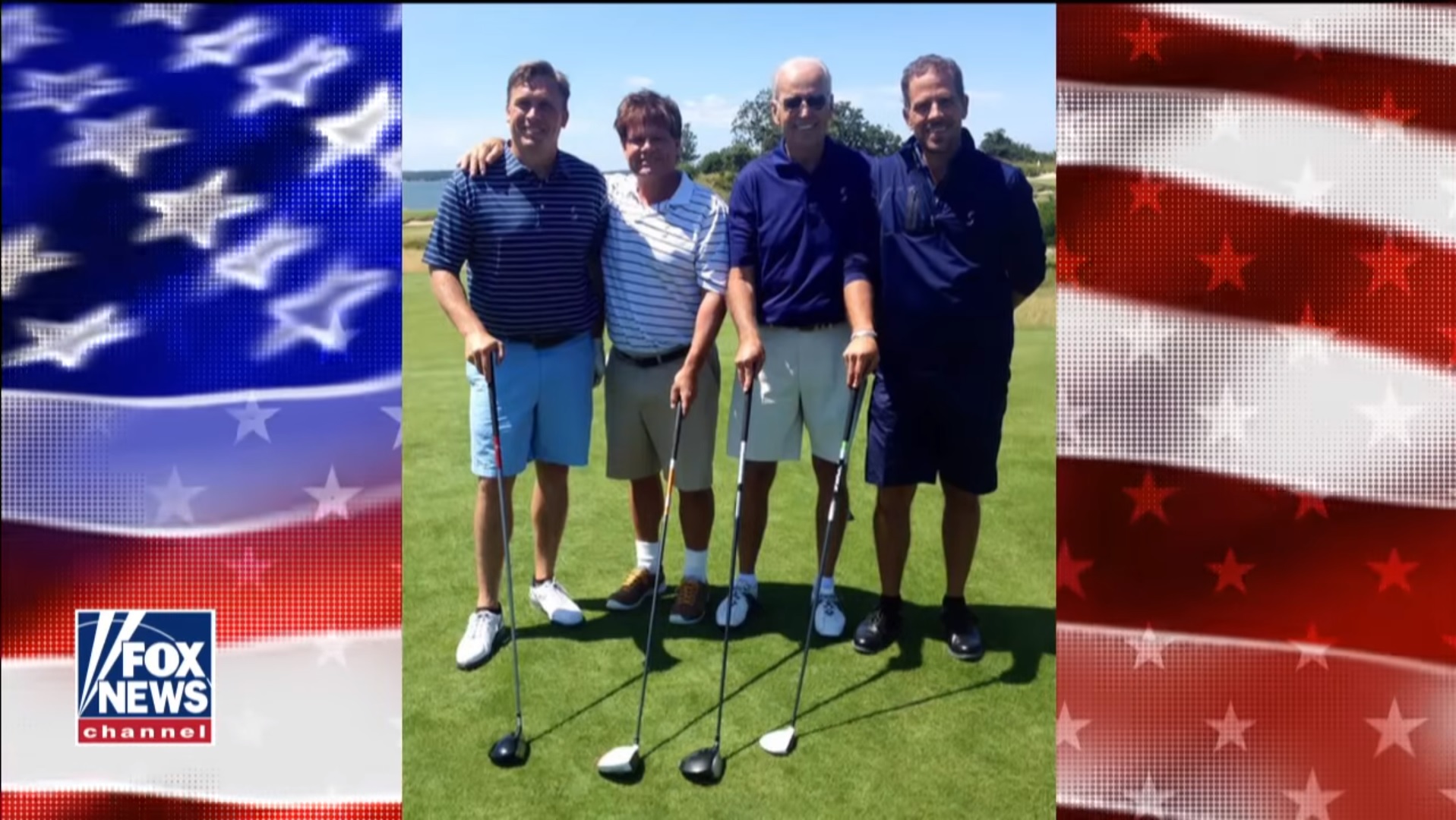 Archer was convicted during a 2018 trial on conspiracy and security fraud charges related to a $60 million bond scam offered to the Oglala Sioux Tribe in South Dakota. Archer is scheduled to be sentenced in January.

Records from a laptop Hunter Biden reportedly dropped off at a Delaware repair shop but never retrieved suggest he had another discussion with his father about his Ukrainian business dealings.

An unverified email from the laptop first reported by the New York Post shows that Vadym Pozharsky, an advisor to Burisma’s board of directors, thanked Hunter Biden in April 2015 for “inviting me to DC and giving an opportunity to meet your father and spend some time together.”

The meeting described in the email came less than a year before Joe Biden pressured former Ukrainian President Petro Poroshenko to fire a prosecutor who was reportedly investigating Burisma in return for a $1 billion loan guarantee.

Joe Biden’s campaign initially said in a statement the former vice president’s schedule indicates that no such meeting as alleged by the Post took place. However, the campaign later told Politico that they could not rule out the possibility that he had a cursory encounter with Pozharski.