MSNBC host Joe Scarborough said Tuesday that “nobody has ever done so much to kill so many people” as President Donald Trump — seemingly referencing the president’s management of the coronavirus pandemic.

He repeated the “nobody” claim before saying, “nobody in the White House,” in what may have been an acknowledgement that dictators like Adolf Hitler, Joseph Stalin and Mao Zedong were responsible for the deaths of millions.

Scarborough and co-host Mika Brzezinski had screened a video during “Morning Joe” of Trump at an Allentown, Pennsylvania, rally Monday where the president said he had a choice between running for office or remaining in his “good life” as an affluent private citizen. (RELATED: Trump Is ‘Yapping Like An Authoritarian Wannabe’ When He Says He Will Decide When Economy Reopens)

“And then I said, ‘Let’s do this, darling. This will be a lot of fun.’ But you know what? I’m so happy with it because nobody has ever done so much in the first three and a half years,” Trump said at the time.

Scarborough suggested Tuesday that those years had been consumed with him causing death.

“Nobody has ever done so much to kill so many people. That’s correct.”

“Nobody in the White House … You’ve got to hand that to him. He has made history,” said Scarborough.

Scarborough, a former Republican Florida congressman, frequently rails against Trump on his morning program. He suggested Monday that the president would kill journalists like Russian President Vladimir Putin “if he thought he could get away with it.” (RELATED: Resurfaced Clip Shows MSNBC’s Joe Scarborough Joking With Don Imus About Dead Intern) 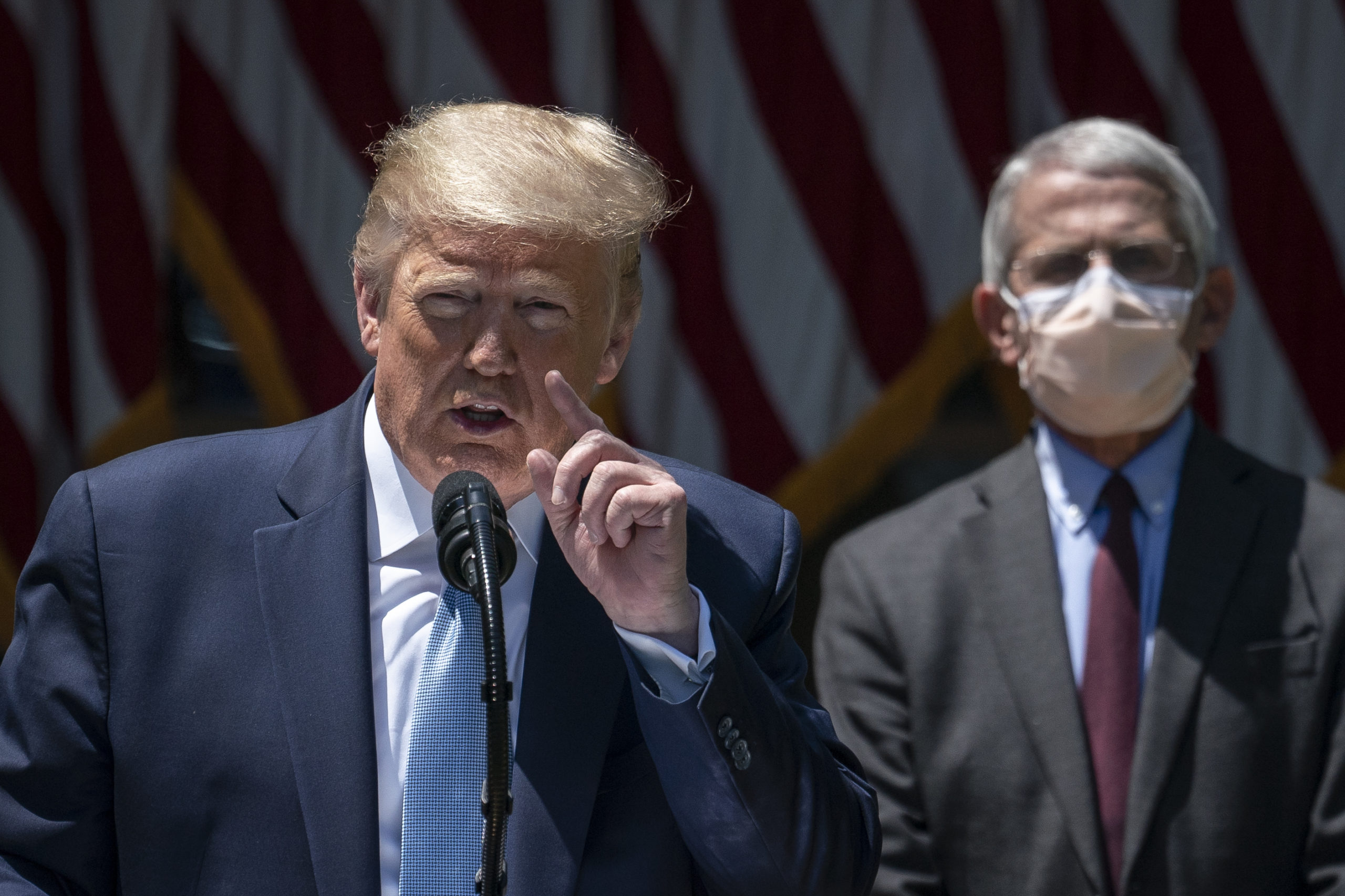 Dr. Anthony Fauci (R), director of the National Institute of Allergy and Infectious Diseases, looks on as U.S. President Donald Trump delivers remarks about coronavirus vaccine development in the Rose Garden of the White House on May 15, 2020 in Washington, DC. (Photo by Drew Angerer/Getty Images)

The MSNBC host has also called Trump “the greatest liar that’s ever sat in the White House” and has brought on guests to discuss the president’s alleged mental instability.

Trump has suggested that Scarborough should be fired from his job and called for an investigation into the death of an intern who died while Scarborough was in the House of Representatives.