With one week until Election Day, Joe Biden remains a favorite over President Donald Trump.

Biden leads Trump by 9.2 points nationally, and by 7.1, 8.3 and 5.4 points in Wisconsin, Michigan and Pennsylvania, according to FiveThirtyEight.

Battleground races are close in Arizona, Florida, North Carolina and Georgia, where Biden leads by 2.9, 2.2, 2.4 and 0.3 points, respectively.

Trump has three rallies planned Tuesday across the Midwest, traveling to Lansing, Michigan, West Salem, Wisconsin and Omaha, Nebraska throughout the day. Though Trump is all but certain to win Nebraska, the state is one of two in the country that apportions its electoral votes by congressional district, and Biden has held a consistent lead in its suburban 2nd district. (RELATED: Biden Leads In The Rust Belt One Week Out, Polls Show) 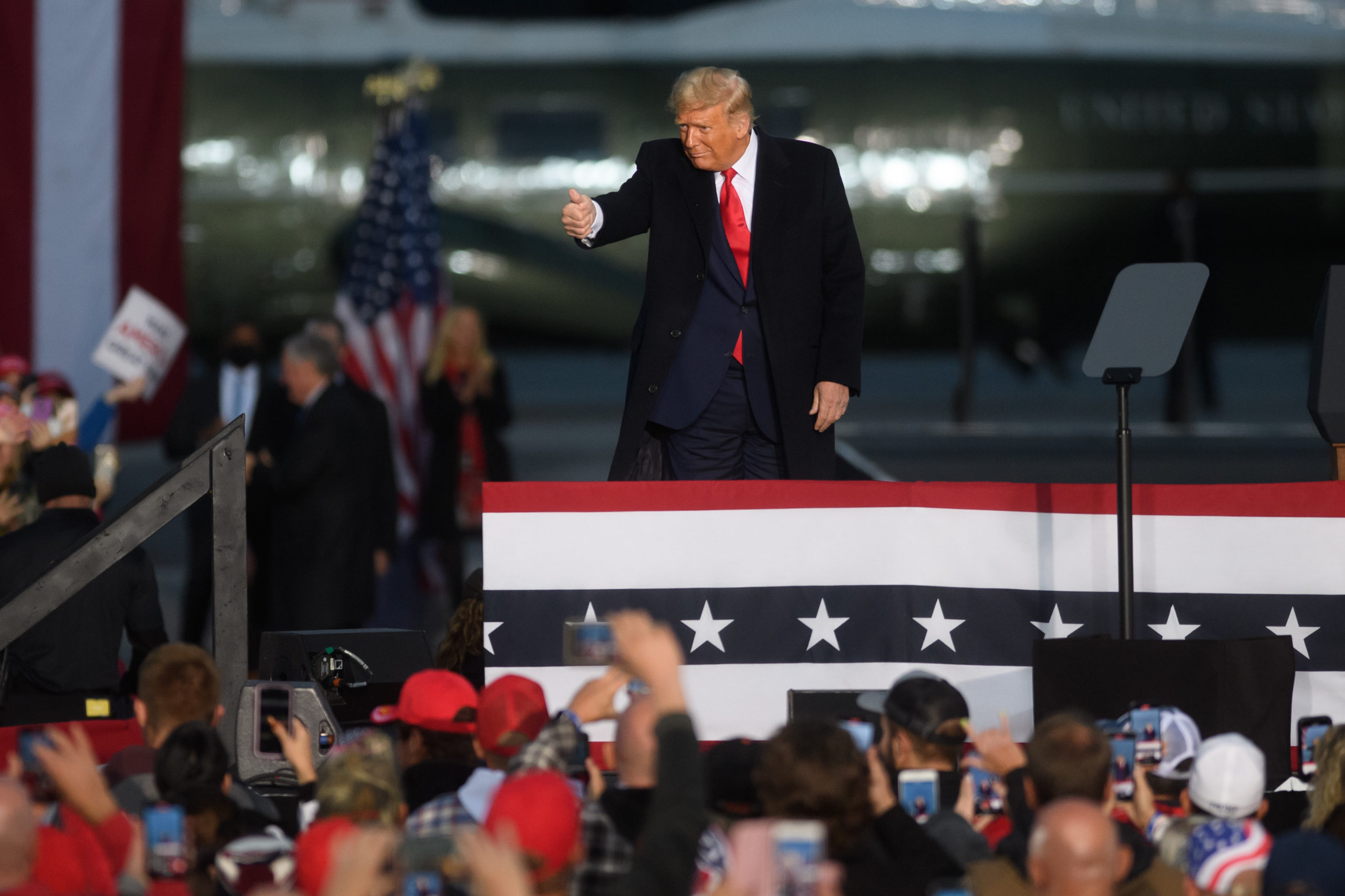 Biden heads to Georgia Tuesday, where he will hold a rally in Warm Springs before attending an early voting event in Atlanta. No Democratic presidential candidate has won the state since 1992, but Democrats believe that the state’s 16 electoral votes, in addition to its two senate seats, are winnable in November. (RELATED: Poll Shows Tied Presidential, Senate Races In Georgia)

California Sen. Kamala Harris will travel to Texas Tuesday, where no Democratic ticket has won since Jimmy Carter in 1976. A New York Times poll released Monday had Trump leading Biden 47-43 in the Lone Star state.

Both forecasts have Democrats favored to flip the Senate and keep the House.

Though Biden is generally favored by polling data, more people have bet on Trump to win reelection. In October, over 60% of bets have been on the incumbent, according to OddsChecker.