All eyes are on the presidential election, coming up Nov. 3. However, there’s another set of races that aren’t getting as much attention: state House and Senate races. Despite their relatively low level of fanfare, the future could very well depend on them.

While these seats are up for grabs during their respective election cycles, this year coincides with a redistricting cycle.

President Donald Trump scored a win this month after the Supreme Court ruled the administration could temporarily stop the census count Oct. 31 as an appeal plays out in a lower court. The court also agreed to hear arguments in a case that would determine whether undocumented immigrants would be left out of the final count. 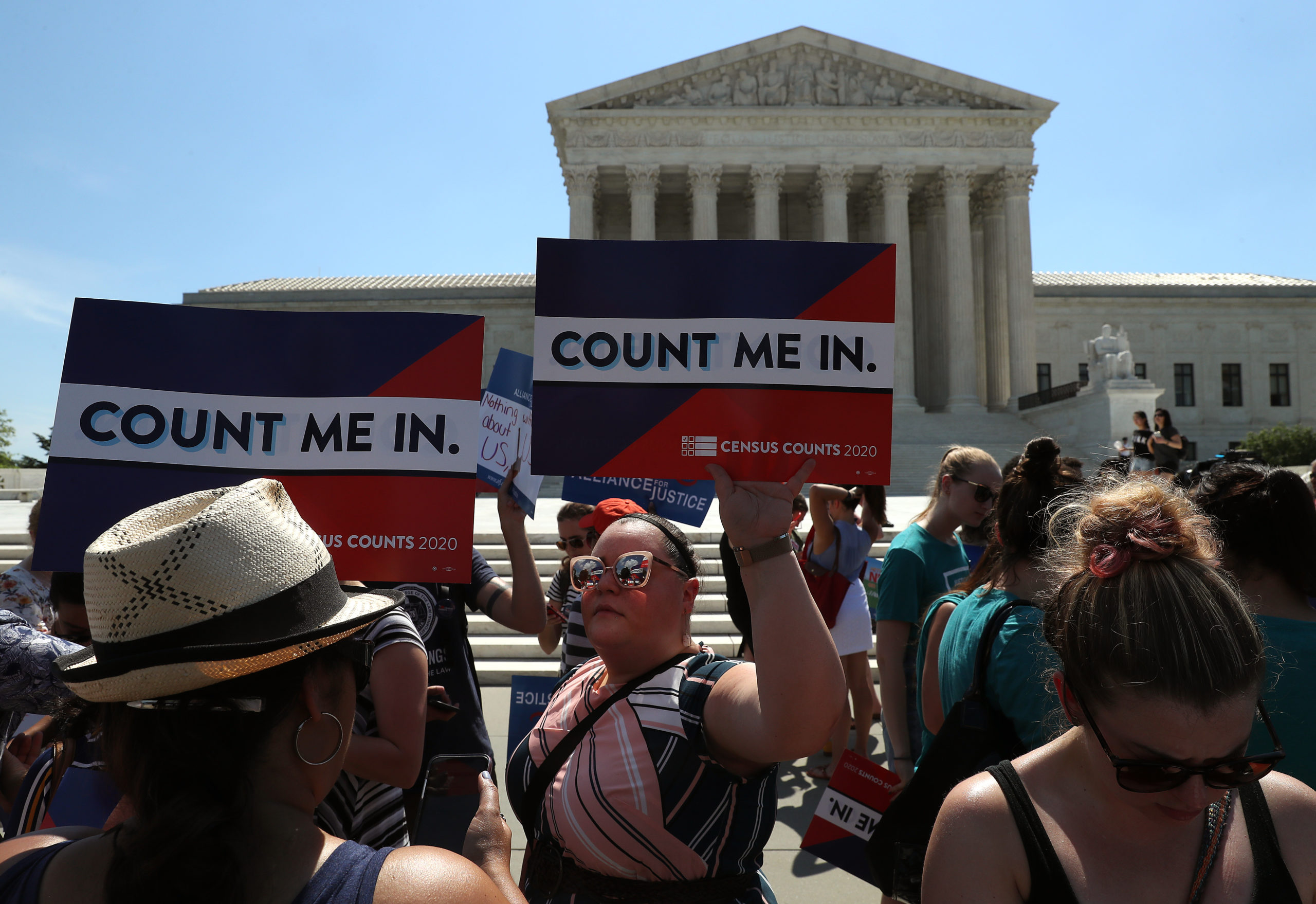 WASHINGTON, DC – JUNE 27: People gather in in front of the U.S. Supreme Court as decisions are handed down on June 27, 2019 in Washington, DC. The high court blocked a citizenship question from being added to the 2020 census for now, and in another decision ruled that the Constitution does not bar partisan gerrymandering. (Photo by Mark Wilson/Getty Images)

Local races have now become even more important as states prepare to lose or gain more U.S. House seats through a process known as gerrymandering.

State legislators can use the census count to draw congressional district lines for partisan advantages, which reverberate nationally. In 34 states, government trifectas, where either Democrats or Republicans control the state House, Senate and governorship, can create congressional districts that increase the party’s chance of securing more U.S house seats for the next decade.

The Supreme Court refused to outlaw gerrymandering in 2019, with Chief Justice John Roberts writing that the framers of the Constitution knew that politics would play a role in drawing election districts when they designated the task to state legislatures.

“We conclude that partisan gerrymandering claims present political questions beyond the reach of the federal courts,” Roberts wrote, according to The New York Times.

However, Roberts noted the practice could be harmful. “Excessive partisanship in districting leads to results that reasonably seem unjust.”

“In some states, the fight for legislative control could mean the difference between a party having unfettered ability to draw the boundaries to their own advantage for the next decade or the other party having a check on their ability,” house editor for the Cook Political Report David Wasserman said, according to NBC News.

The census was last counted in 2010. As a result of the census count, Democrats lost roughly 700 state legislative seats and 20 state chamber seats, according to the same report.

In a bid to avoid a repeat of 2010, prominent national Democrats are taking the issue personal. The National Democratic Redistricting Committee, led by former Attorney General Eric Holder and supported by former President Barack Obama, has endorsed more than 200 state candidates, investing roughly $2 million into the races, per NBC.

“The outcomes of these elections will decide our nation’s direction for the foreseeable future, and it’s our job to provide state Republicans with the resources they need to protect our democracy,” RSLC Board Member Karl Rove said. (RELATED: Which Party Is Poised To Win The Senate? Follow These 4 Races)

“It’s critical that we invest the money now into these state legislative races in these target states if Republicans want to have power in Washington in the House of Representatives at any point in the next decade,” RSLC President Austin Chambers said, per NBC.

Democrats’ top targets include Texas, Florida and North Carolina, which are expected to gain at least one U.S House seat after reapportionment.

Meanwhile, Republicans are trying to do the same, with the National Republican Redistricting Trust coordinating the GOP’s efforts to grow their 59 state legislative majorities.

Both parties are especially keen on getting a stronghold in Texas and Florida, where two and one seats can be added, according to projections from Election Data Services. Other states where an additional seat could be added include Arizona, Colorado, North Carolina and Oregon. Meanwhile, California, New York, Pennsylvania and Rhode Island are among a handful of states that could actually lose a seat in Congress, per the same report.

There are three congressional districts stacked vertically in West Virginia, and there’s a good chance one district could be lost to redistricting. Republican Rep. Alex Mooney, whose district is in between Reps. David McKinley and Carol Miller, could likely lose his seat, according to POLITICO.

“Well, I’m in the north, and Carol’s on the bottom. So I think it has to be in the middle,” McKinley said when asked which district is most at risk.

Mooney said he’s willing to primary a colleague if need be.

“I would have to see how it was drawn,” he said, per POLITICO. “But, yeah, sure, I would anticipate staying in.”